Wednesdays are probably my least favorite day of the week, because of work-related anti-mojo that I won't go into.

So, let's start the day off right with PWE #6 from Jaybarkerfan's Junk and hope it carries over: 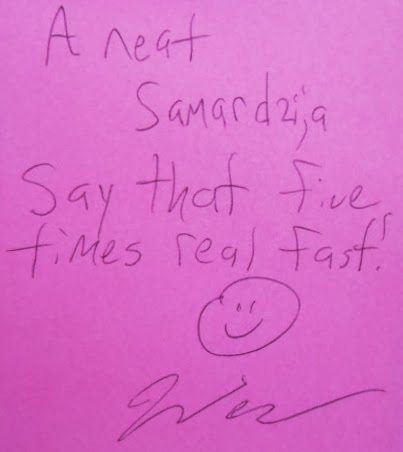 Man, I love those smileys. As a teacher I'm frequently putting a smiley on a quiz or test, but I never circle them.  I may have to work the circled smiley into my grading repertoire. 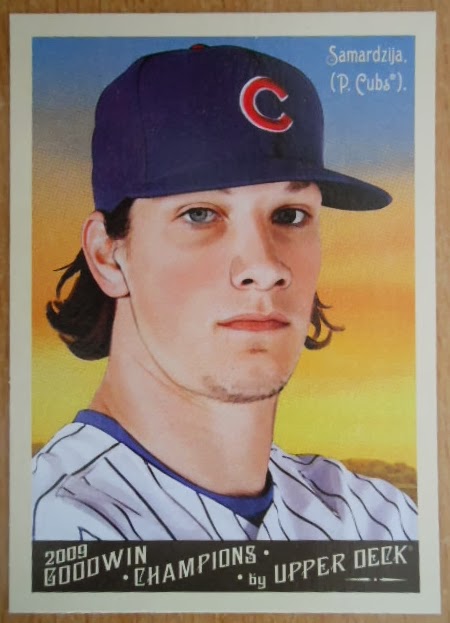 Hey!  It's a Shark!  I must admit I wasn't a big fan of the Samardzija draft pick in 2006.  He was drafted in the 5th round out of Notre Dame and was given a Major League Contract as his initial contract, but Jim Hendry offered him the big $$ to keep him from going to the grid iron.  He was more known for his performance on the football field and didn't exactly shut down opponents as a pitcher during his collegiate career.  I guess that's why you don't draft based upon statistics alone and a strong scouting department is important.

Samadzija has pitched himself into a pretty solid pitcher.  He can dominate for stretches, but is probably better suited for the #2 or #3 slot in a good starting rotation.

The Shark has slowly won me over, and I'd even say I was a fan if he would CUT HIS HAIR.

But, that's a rant for another day.

Thanks for stopping by and have a good Hump Day!