My First Local Trade in 2+ Years 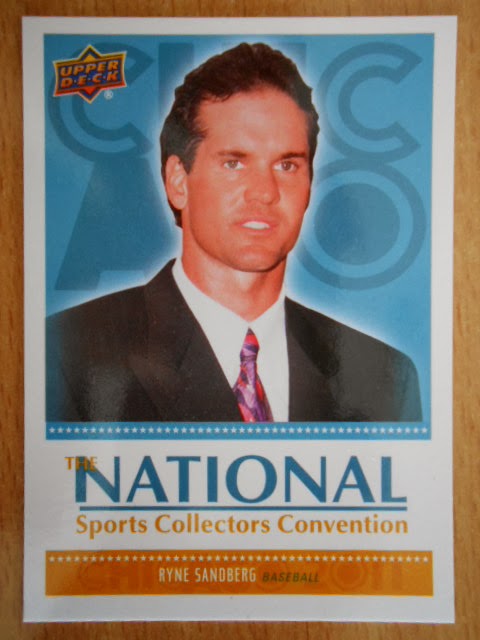 In late January I was contacted by a gentleman, by the name of Bret, who lives in a town about 15 miles north of the local card shop that we both frequent.  We didn't actually meet in person as we used the LCS as a drop off point and conversed through e-mail.

Bret is also a Cub fan and mentioned that he likes cards of Maddux, Dawson, Jenkins, Santo, Banks, Williams, and Sandberg.  I'm sure glad Ryno was on his list, because I don't like to trade away my only copies of Cubs legends.  But as a super-collector of Ryno I had over 100 unique duplicates I could happily hand off to my trading partner.  I threw in a few other Cubs cards and I think Bret was pretty happy.  Nice.

What was in the return package?  Set help! 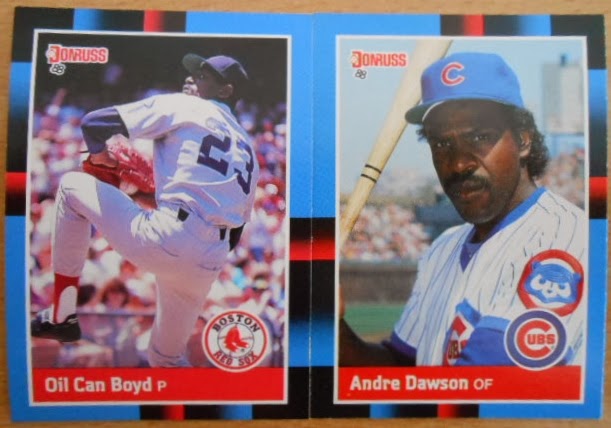 Oil Can Boyd and The Hawk were two of my favorites from the healthy stack of '88 Donruss.  Hey, I only need 4 cards to finish off the set.  Can you help me out? 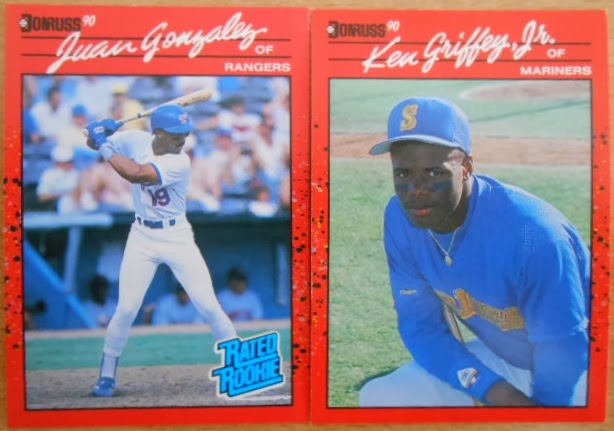 I have a soft spot in my heart for those Rated Rookie cards.  And the Kid?  Yeah, I never was very good at pulling his cards.  8 more cards and I can put this '90 Donruss set to bed. 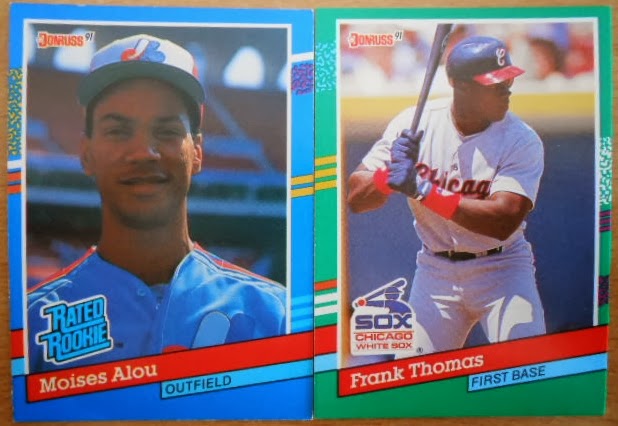 Moises Alou and The Big Hurt.  The '91 Donruss set wasn't in my plans for 2014, but that all changed when I received an unannounced package last month.  I'll have more on that story later.  For now, I only need to acquire 80 more cards from the 2 combined series.

Here are the three cards that started the trade.  These cards were missing from the checklist I pilfered from the interwebs, and I didn't know I was missing them until I thumbed through my '87 cards.  I'm missing only a handful of cards from the '87 Topps project and hopefully they're in the mail on their way to P-town!

How about some Cubs?  Kosuke Fukudome!  I'm not sure how many Fukudome collectors reside on the continent of North America, but I now have 92 cards of a guy who only played parts of five seasons in the States.  Not too shabby. 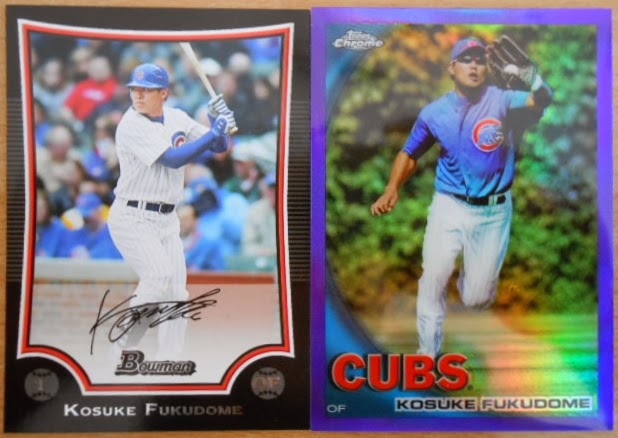 Ooooh!  Some Peoria Chiefs autograph mojo!  Nice.  Nick Struck is still in the system and hopefully will reach Wrigley Field sometime this season. 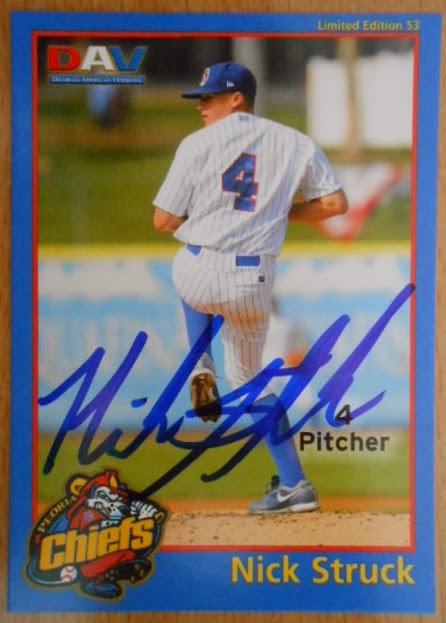 Rounding out the package are three Kerry Wood cards. The one in the middle is serial numbered, which is nice, but then I realized it was a duplicate.  Huh.  No matter, because the two cards flanking it are cards 299 and 300 in my player collection of Kid K.  That totally makes up for it!

I love it when I hit a milestone!

Speaking of milestones... The Sandberg at the top of the page is from the 2011 National Sports Collectors Convention and it is the 695th different Sandberg card in my collection.  Five more and another milestone!