The thermometer actually goes that high?

Yep, there's a chance later today that we may see forty degrees.    I know it's my own fault for living in the midwest, but I'm tired of winter.

We all make do as best we can.

Exhibit A: my cat, Gus, finding a ray of sunshine to sun himself. 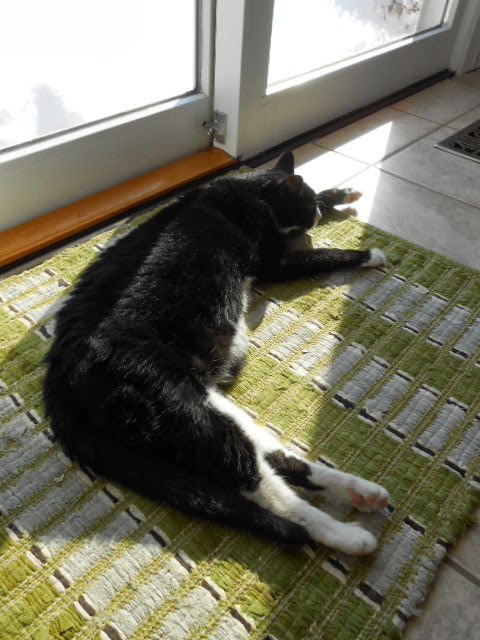 Exhibit B: our "new to us" ping pong table.  A nice way to let the competitive juices flow during the cold months. 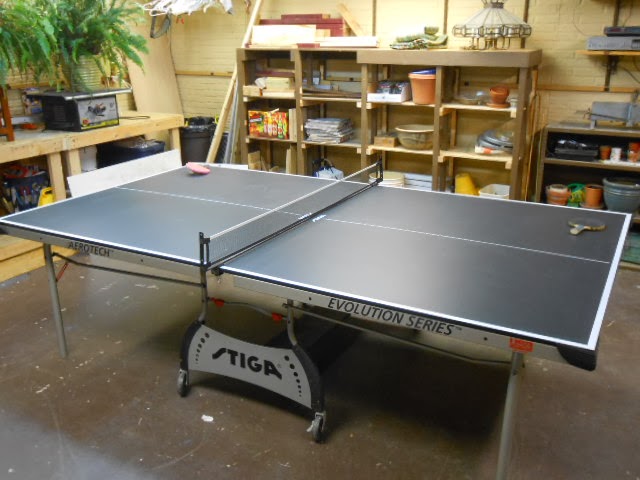 We purchased this used table, for a song I might add, about six weeks ago.  I can't believe I haven't posted a picture until now.

In other news, my wife has dominated the ping pong action in our basement so far, save one night that I don't dare bring up.

I can't wait until things really start to melt away and I can go outside.  Let me rephrase that... I still go out, but I'd like to have full range of motion of all my extremities rather than bundling up like Randy from A Christmas Story. 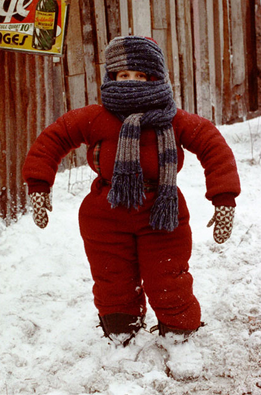 Pitchers and catchers have already reported and March is less than two weeks away.  Hopefully, I'll be worrying about water in my basement before too long!
Posted by P-town Tom at 2/18/2014 08:52:00 AM