Let's clean out the photo folder!

How about a win, with combined shipping, from eBay?

Paul Blackburn has the goods and I'm hoping he takes a huge step forward this year.  Maybe he'll even make a stop through Kane County in 2014?  This is his 2012 Bowman Sterling autograph card.  Very shiny.  So shiny, in fact, I had to steal the picture off the interwebs.  Shame on me. 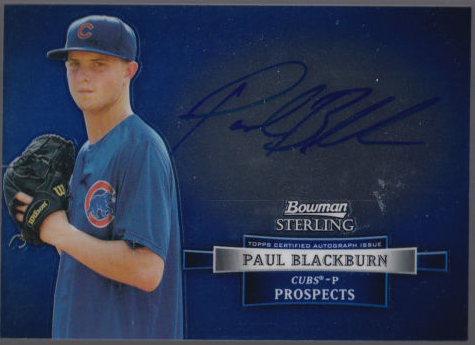 Here's a 2011 Bowman Top 100 card of Arodys Vizcaino.  Vizcaino is another pitcher who should make waves, but his wake will hopefully be felt in Chicago. 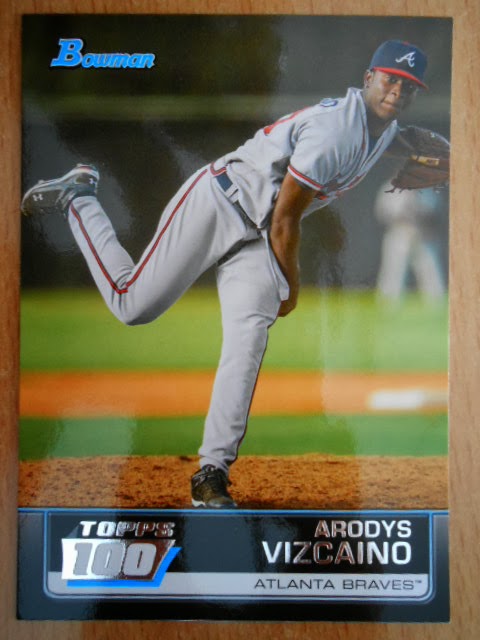 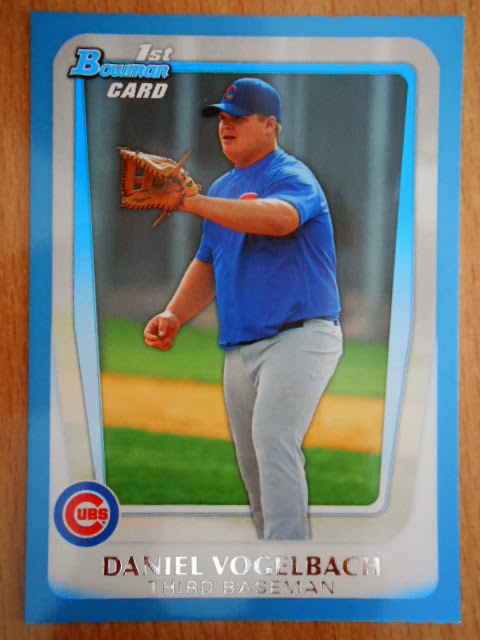 This is my favorite of the bunch, a gold chrome (38/50) Dillon Maples card from 2012 Bowman.  I've been working the Maples rainbow for awhile now and everything except the parallels numbered under /50. 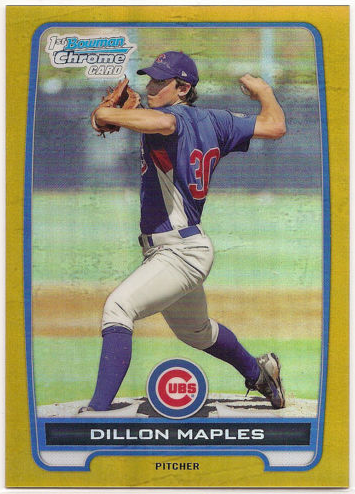 Now, here's a few I snagged from Listia. 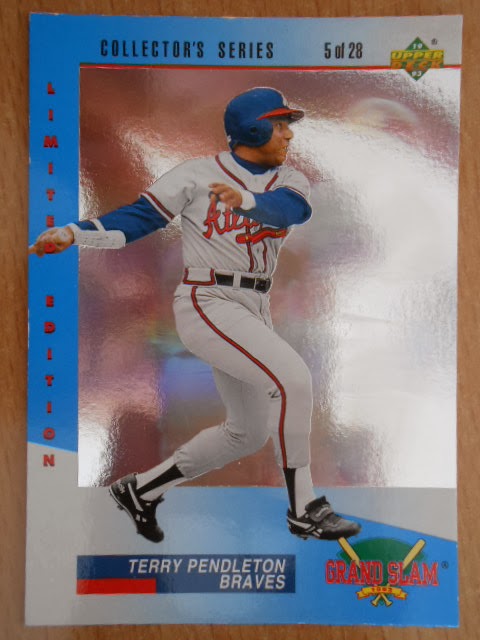 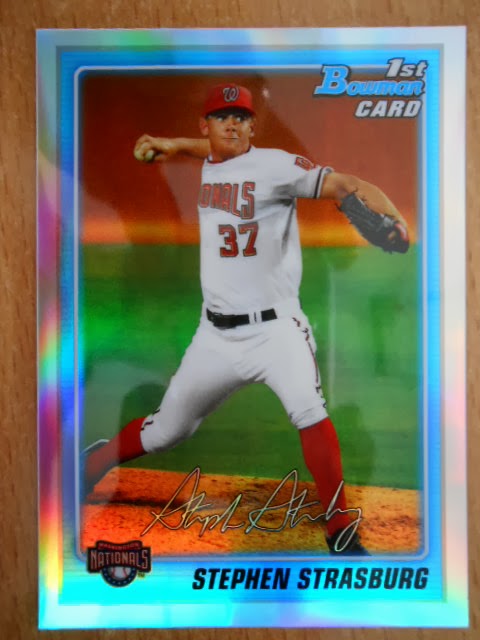 A couple of non-Cubs.  The one on the left will probably find itself in a PWE headed to Alabama before too long, and the one on the right will fill an empty slot in my 2013 Bowman Frankenset binder.  It's not a parallel, but it's a reprint, and that's good enough for me!

Kosuke Fukudome!  Need I say more? I probably should explain my infatuation with Fukudome at some point.  Today though?  Today is not that day. 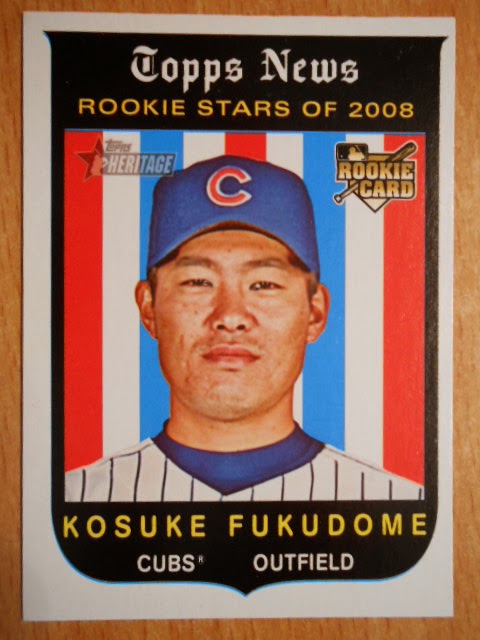 Last, but not least, a new Kerry Wood card to add to the player collection. 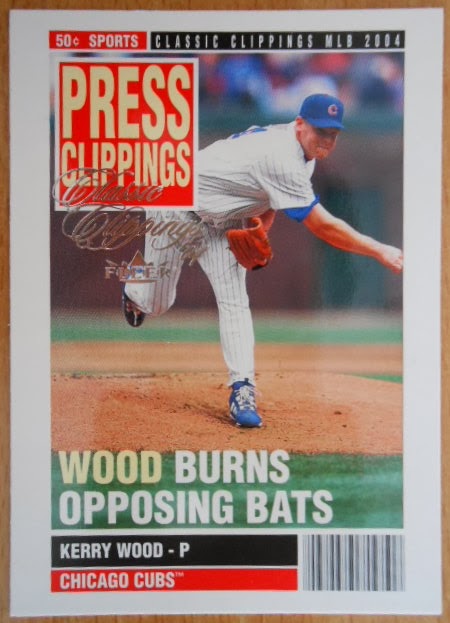 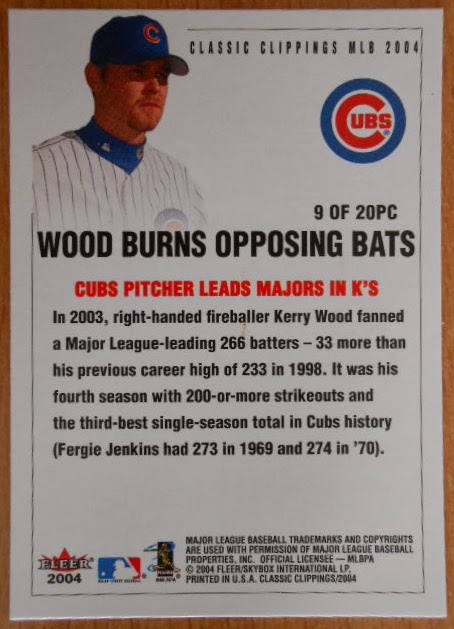