I title this post for Marc, who I'm sure can't get enough of the Astros' big accomplishment. I know I couldn't a year ago when the Cubs were on top of the world.

Marc, the author of the Remember the Astrodome, seems to be having a bit of a blog and trading rebirth as of late. I've seen a number of his packages popping up around the blogs recently.

On to the cards!  I've really been lax in picking up Cubs cards this year. I'm fairly certain these are my first Opening Day cards from the 2017 set. 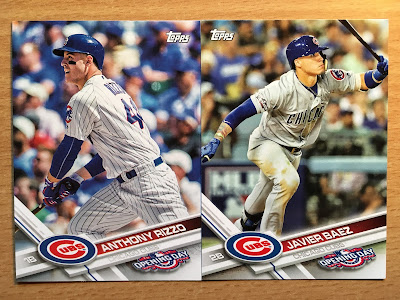 I've got a nice stack of Vogelbach cards from this year's version of A&G, but that's about it. These two will go right into their respective player binders. 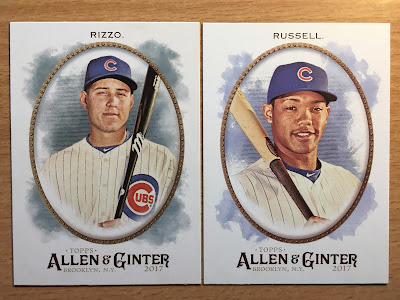 Topps 2016 flagship release was one of my least favorite designs, and the little Opening Day emblem doesn't help things. I did like it when Topps switched the fog/smoke into snowflakes last winter though. I wonder if they'll pull a similar gimmick this year? 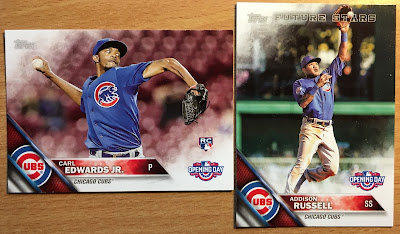 Schwarber! Many Cubs fans are down on him right now, but he did put together a decent second half last year. I'm hoping he makes some adjustments next year and hits 0.260+. 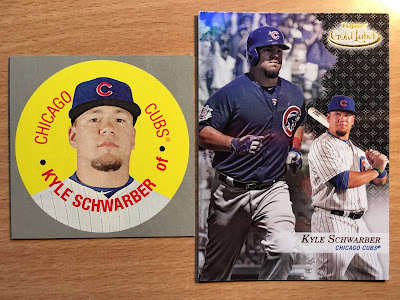 I believe the Topps Gold Label card is the black parallel of the Class II card. Class I, if I recall correctly, pictures Schwarber attempting to make a defensive play in the outfield.

Conlon set help!  I almost forgot I was building this set! 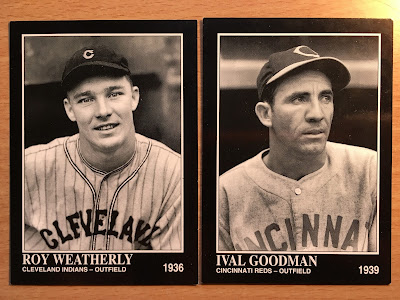 Here's my list of Conlon needs if you think you can help out!

I couldn't find any singles of 2017 Topps Update at lat weekend's card show. Marc to the rescue! 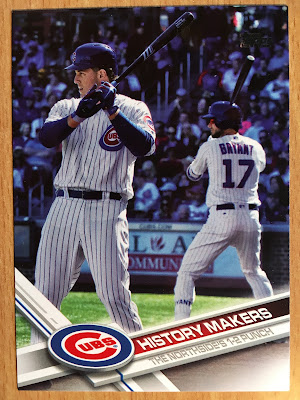 There are a couple of base cards and few inserts I will have to track down to add to my World Series binder. 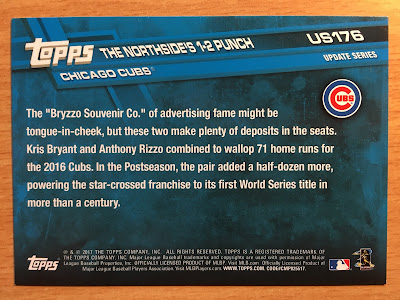 Because of the back of this card, it will also be added to the World Series binder.

I think this one will be my favorite card of 2017. I now own two different versions of this card. 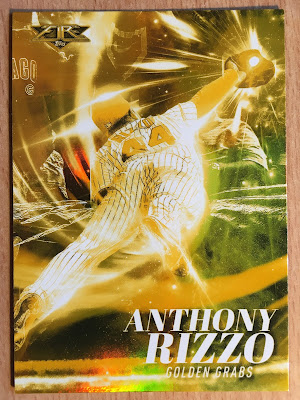 The other version I own is the "blue chip" version, but the golden parallel is so much nicer and appropriate given the name of the insert set. 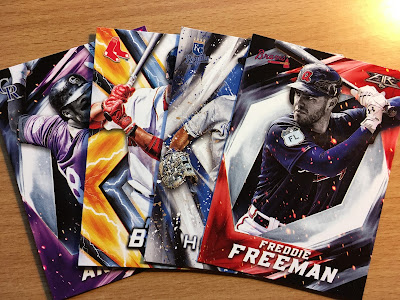 I'm waiting on a couple more packages, but once they arrive I'll be down to needing just two cards. Again, here's a link to what I need.  Do you have a copy of Dellin Betances or Edwin Encarnacion lying around?

The Astros win their first ever World Series title and I get a trade package from Houston. Our little cardboard community is great, isn't it?  Marc, I'll get some cards out to you as soon as possible! Thanks again!
Posted by P-town Tom at 11/12/2017 03:56:00 PM