I have always been a big fan of Stadium Club. I saw the design for this year's set early on in 2017 and decided I would build the set. I had to double back once I realized how many products Vogelbach was probably going to be in. I picked up a blaster of the product and called it good. 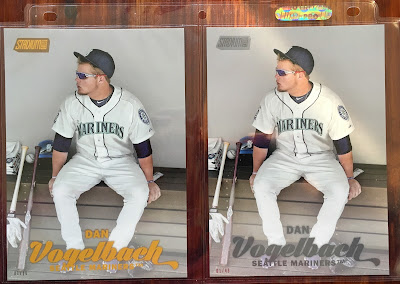 For the record, stadium Club is known for its photography and although dugout shots aren't terribly common, I wasn't wowed with the photo selection for Vogelbach's card. I think my expectations may have been a little too high for a rookie most people haven't heard of (yet). 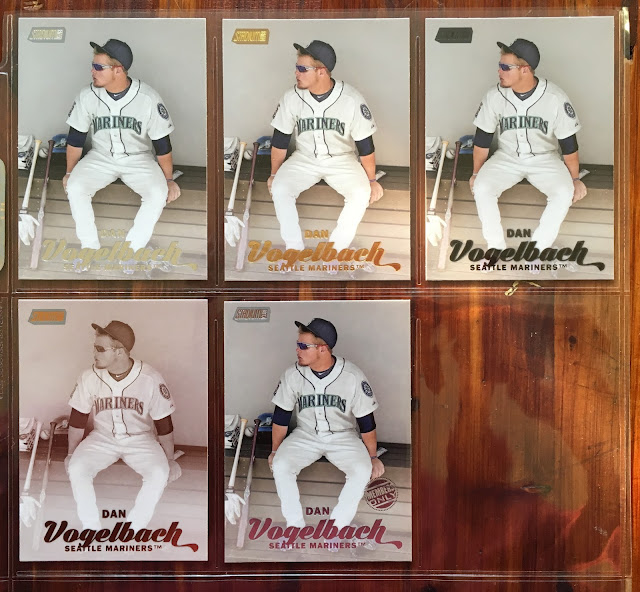 I was able to secure the gold foil, black foil, sepia and the low numbered "Members Only" parallel for very good deals.  I did make a mistake and bought what was touted as a "black and white" parallel of Vogelbach's card only to find out it was a sepia card.  Duplicate!  Live and learn I suppose. 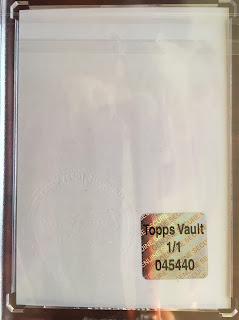 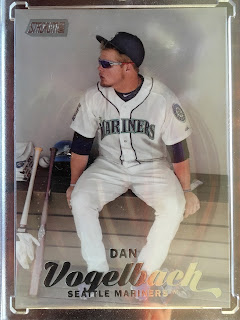 Yes, I got sucked into another Topps Vault blank back purchase. Not the first and not the last. Again, please don't judge!

Autos!  Why we need autograph parallels is something I'll never know. 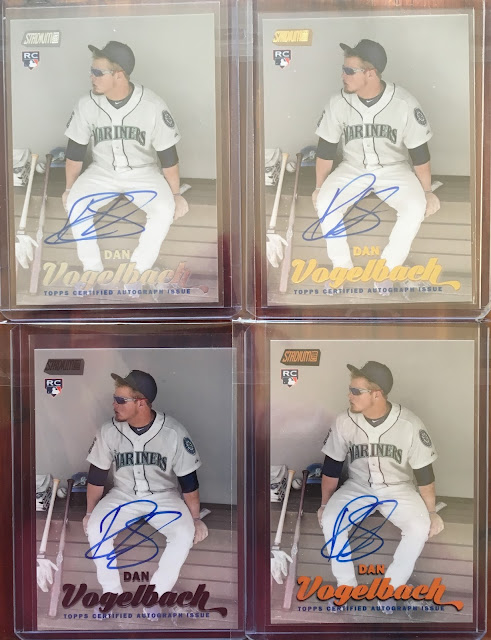 Guess which one was the best deal?  Well, the base was the cheapest to add and you can probably still pick one up off of Ebay for $4 shipped if you wanted. I was able to pick up the one in the bottom right, numbered to 5, for a shockingly low price. Ladies and gentlemen, don't allow your auctions to end after midnight if you want a bidding war at the end to drive up the price.

Of the five I need, I haven't seen any of them come through on Ebay yet. I occasionally look at the other websites, but there's been no luck on Sportlots, COMC, or JustCommons either. I'd like to add the Rainbow (non-auto), but I have to find it first!