My Blaster of Cubs Came Today!

I pre-ordered the 25-card limited edition 2016 World Series Champions Chicago Cubs boxed set about five weeks back. Today it arrived in my mailbox and although I have other packages lined up to blog about you're going to get the boxed set tonight. And, you're going to like it! (Or, you've already moved on at this point wondering, "When is this guy going to get off this Cubs kick?")

Here we go!  It's picture heavy, so buckle in! 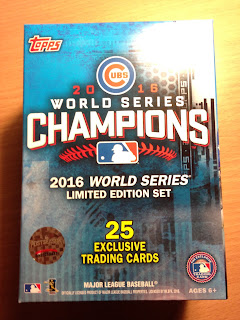 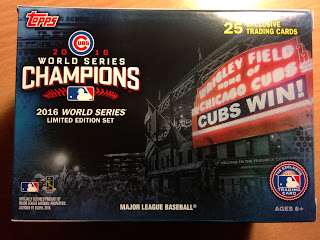 Here's the reverse side of the box, which I'll place on display somewhere in the man cave. Kudos to the art department at Topps. 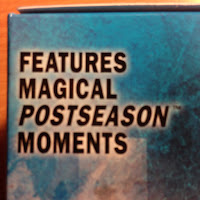 Here's my four favorite cards and the their magical moments. 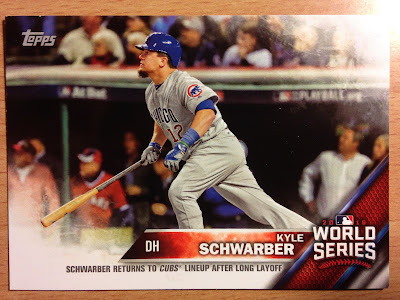 I still can't believe Schwarber was able to come back from an ACL tear AND actually get his timing back enough to be a threat in the lineup. What a story! 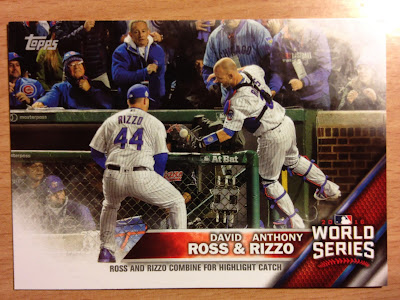 Sometimes you need a little luck to win the big ones and this would qualify! 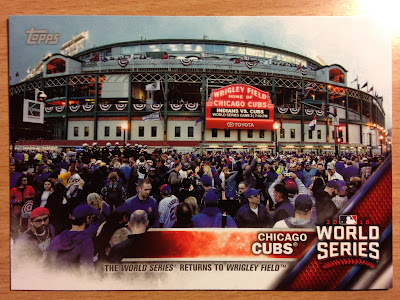 I like this card because it reminds of how crazy Wrigleyville was during the postseason. It was electric when I was there during the NLCS. 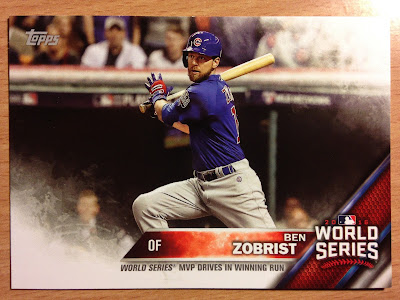 I've mentioned this before, but the local boy did good!

Six of the seven games of the World Series were featured on the backs of these magical moments cards, with the only omission being Game 4.  The first fifteen cards in the checklist had backs similar to this one. 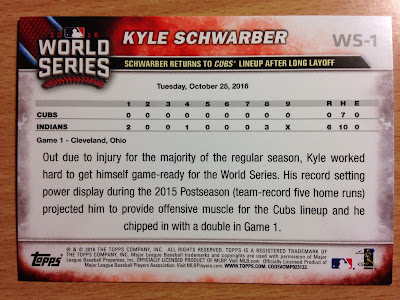 The Indians won Game 1, but there was plenty of talk about Schwarber. 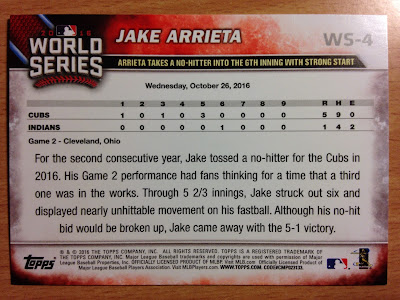 The Cubs evened up the series in Game 2. 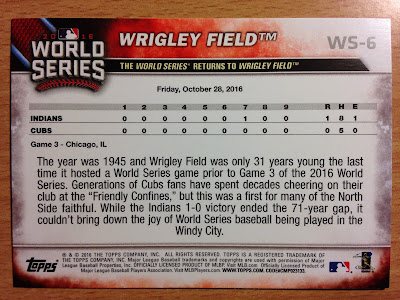 Losing 1-0 in the World Series is tough. I was just on the edge of my seat waiting for that one deep fly to the bleachers . . . it never came. 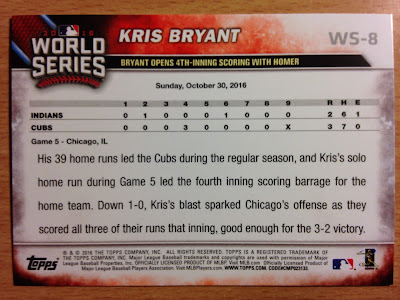 Down 3 games to 1, Bryant's big hit got things rolling in Game 5. 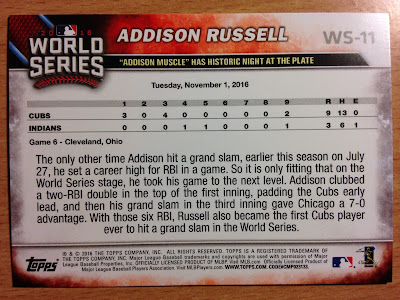 Six RBI's in Game 6 by a shortstop who turns twenty-three next month. Yes, the future is bright. 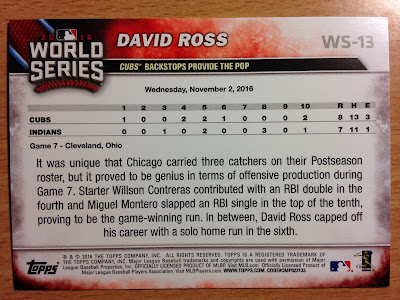 I thought for sure the Cubs were going to win Game 7 when Ross hit his solo shot in the 6th inning. I wound up being right, but not before a roller coaster last three innings.

The last ten cards in the set look slightly different than the ones above. First, the Cubs logo is back and the World Series logo has been relocated off the corner piping.  The backs of the cards have all of the player's career stats. 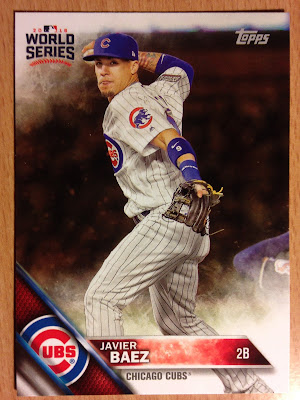 I'm very disappointed that Kyle Hendricks, Mike Montgomery and Carl Edwards were left off the checklist entirely. Those three arms were relied on pretty heavily during the World Series. For the record, Dexter Fowler was given a magical moments card for his lead-off homer in Game 7.

World Series Championships don't come around that often, and even if there are more in near future for the Cubs, the first one after a 108 year long drought will be the one that I celebrate and day dream about the most. Flipping through a binder with these card in pages will make sure of that.