Metallatorney and I worked out a trade not too long ago and I received a nice yellow padded mailer of cards earlier this week.   Let's show off he goods!

The Chasing History inserts were a nice idea by Topps, but some of the players they chose are a little suspect. 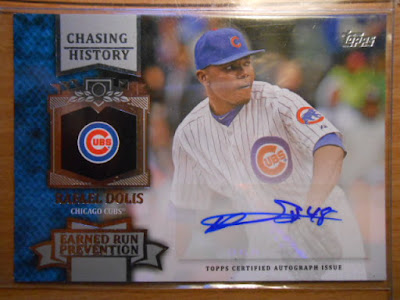 The back of the card boasts about Dolis' twenty and two-thirds consecutive innings pitched without giving up an earned run.  Oh, did I mention that those are minor league stats?  Yeesh.

The Donruss design has not been given strong reviews within the blogosphere, but it's growing on me. 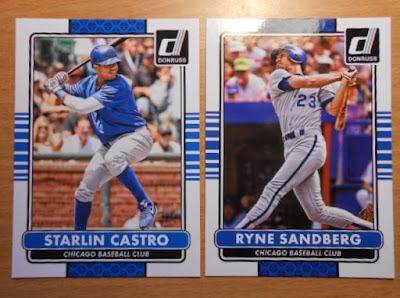 I wonder how Ryno and Castro would have gotten along playing side-by-side.  They have very different personalities. 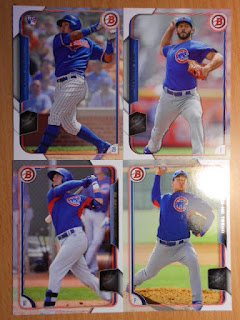 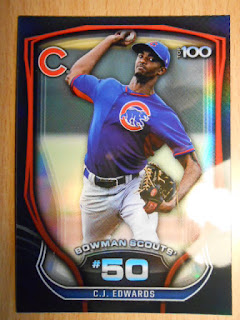 All of the above were needed and found homes in one binder or another.  The Carl Edwards, Jr. card is my favorite of the group. He actually looks like he's added some much needed weight in that picture. I can't wait until they call him up!

I miss Soriano.  I still think he would have been the perfect right-handed bat to complement Chris Coghlan in left field his year.  Plus, he could have mentored Jorge Soler much like he did Starlin Castro five years ago. 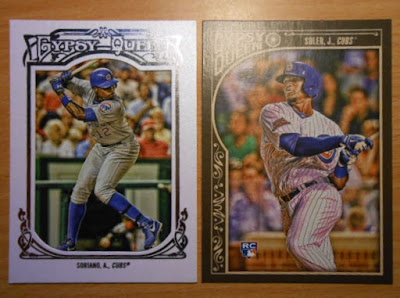 Granted, Alfonso can't play center in a pinch like Denorfia can, but he would have been a decent signing as a right fielder for a year.   I digress: I hope Sori is enjoying retirement.

My Kyuji Fujikawa collection is actually pretty extensive and I have three different parallels of the Bowman Chrome card below, but I somehow was missing this card.  Weird. 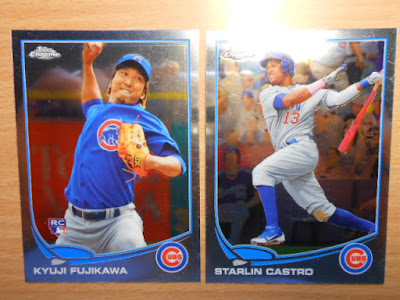 Tomorrow is the last day for fans to vote for the All-Star game.  #VoteRizzo 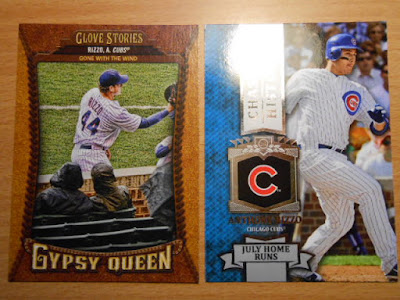 Looking around the league I don't know if the Cubs have a realistic shot of placing more than one player on the NL All-Star game roster.  Maaaaaybe Castro or Bryant, but that would be it in my eyes.  Montero has impressed me, but he isn't an All-Star this year and the pitching staff has been okay.  Jason Hammel would get my vote if I had to pick a pitcher.
Rizzo is the Cubs MVP to date and he should be the representative.

Back to the cards . . . here's a couple of Starlins for my ever growing collection of Castro cards. 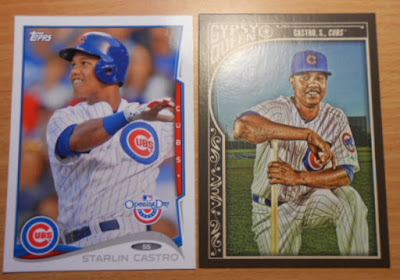 And lastly, here are my two favorites from the package.  It's difficult to beat a smiling Ernie, and this one has the added bonus of being a mini! 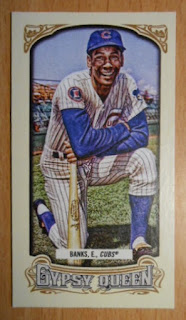 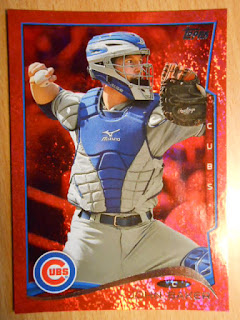 John Baker was a serviceable back-up catcher and a great teammate.   I've thought about chasing the rainbow for this card, but I think I may have missed my window.  Regardless, I still have moments like this to remember @manbearwolf by: