Elated about a Redemption 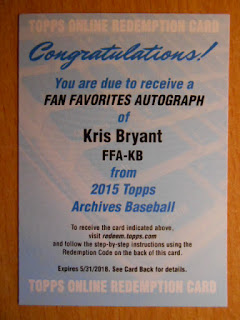 If you recall, Chris, from Nachos Grande, pulled the above 2015 Topps Archives Fan Favorites Autograph Redemption of Kris Bryant for me out of his case break. 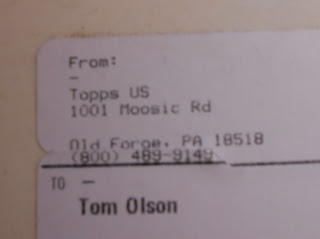 I registered the redemption on June 25th with Topps and right before I was going to leave to run errands yesterday the FedEx truck stopped in front of the house.  I'm glad I didn't miss the delivery, because Topps requires a signature on redemptions.

Boy, was I ever giddy ripping into the cardboard envelope! 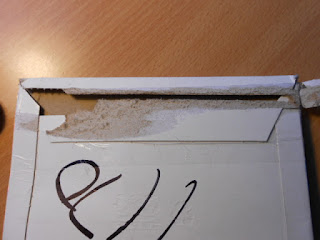 Oooooooh!  A packing slip and bubbles to pop later on! 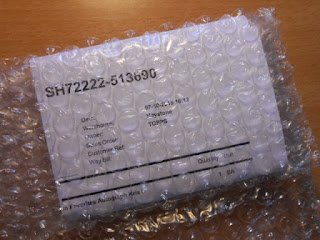 And there he is!  My first and only Kris Bryant autograph for my collection. 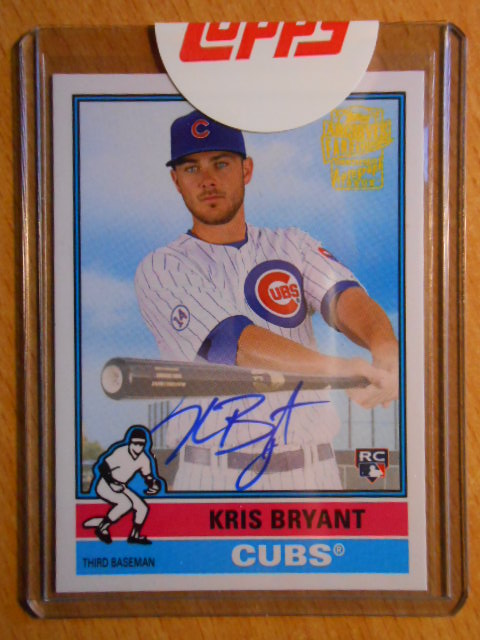 I'll have to jail break it out from that annoying Topps sticker and find a nice thick case to put it in.  From what I can tell it looks pristine, which makes me very happy.  :)

The back is nice as well, but what I like the most doesn't even relate to Kris Bryant or the Cubs. 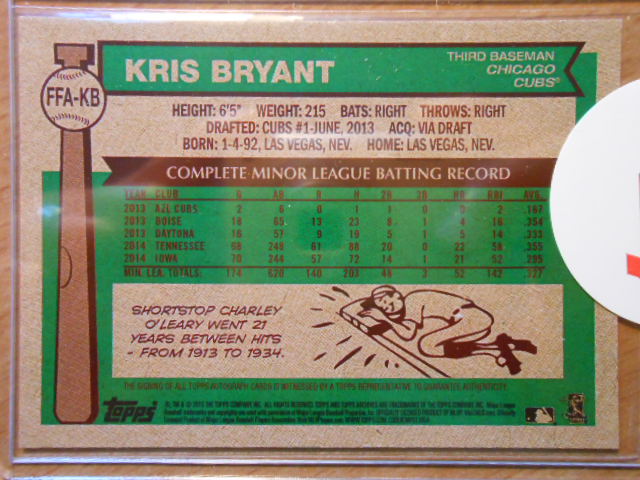 The cartoon is pretty cool.  I've never heard of Charley O'Leary before yesterday, but now he's filed away in my memory banks because of the mentioned statistic. Charley was an infielder for the Tigers from 1904 to 1913 and seemingly retired after the 1913 season with a lifetime batting average of 0.226.  He was a coach with the St. Louis Browns in 1934 and for whatever reason he found himself in a game.  He cracked a single in his only plate appearance at age 58, and is he oldest player to collect a hit and score a run in a game. For what it's worth, Satchel Paige was the oldest to ever play in the major leagues.