I had a personal day to burn before the school year expires and you know what the means: a trip to Wrigley! 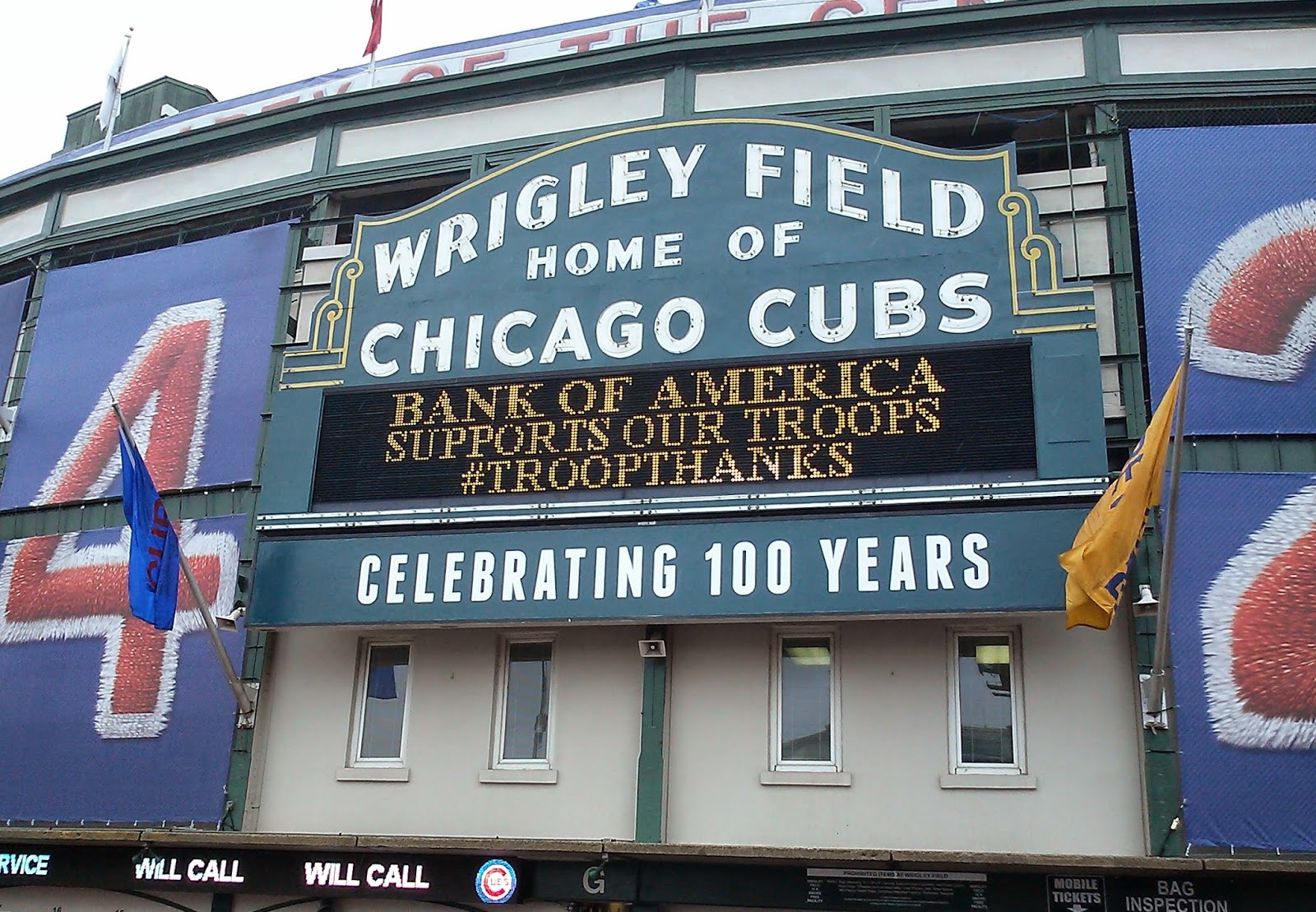 The Wrigley marquee has been repainted green and gold in a nice attempt to turn the clock back to the 1930's.  The Cubs are celebrating a different decade each homestand this season.

My day didn't start at the corner of Addison and Clark though.  Say hello to Beyoncé everyone! 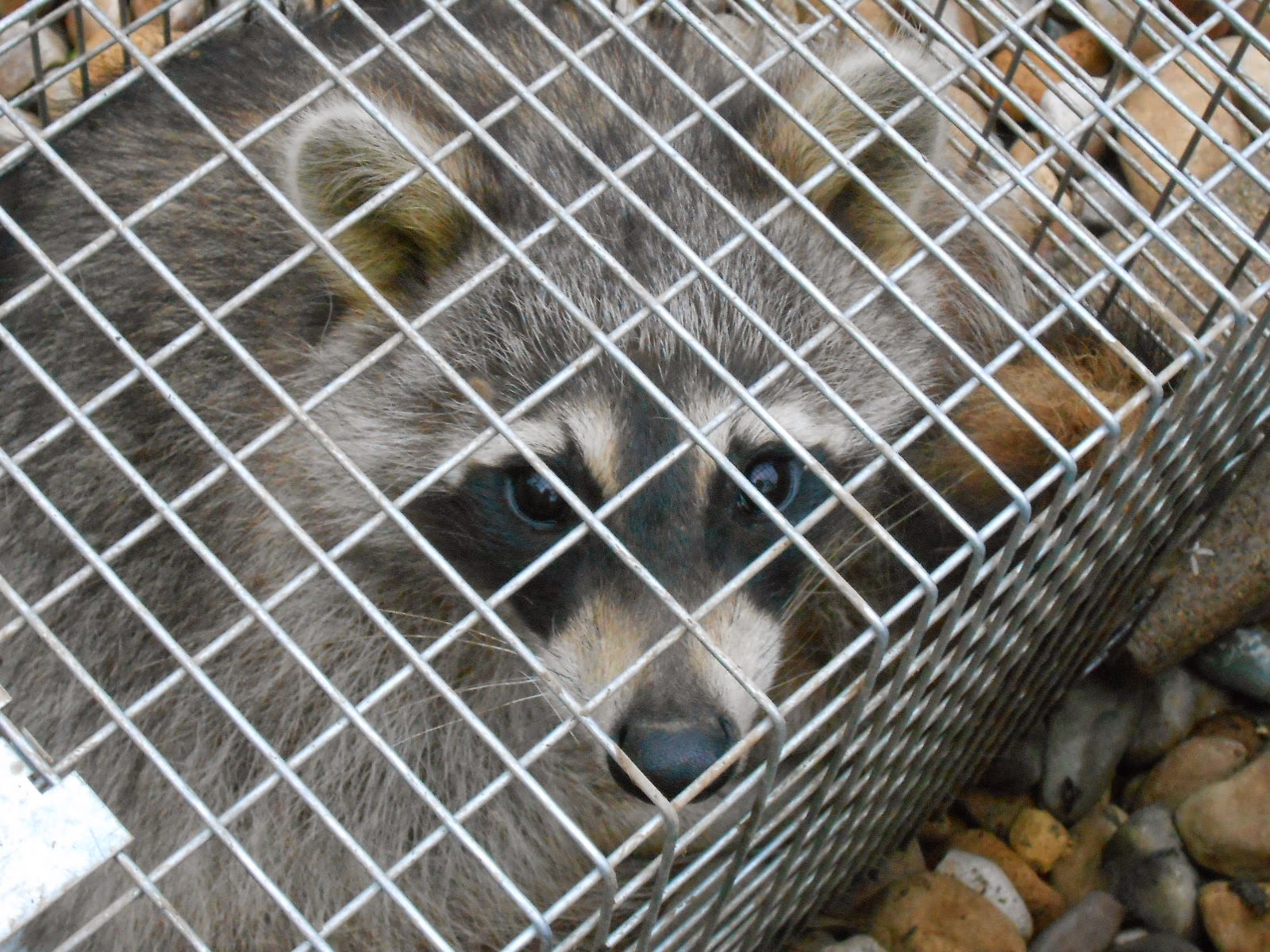 Yep, raccoon number two.  Thanks to those who made name suggestions: Barbara Streisand, Kathy Bates, and Bjork.  All great suggestions, but I think my wife was sold on Beyoncé.

How about some fun on the way to Wrigley?  I've only had my new ride for about three weeks and I've already suffered through my first flat tire. 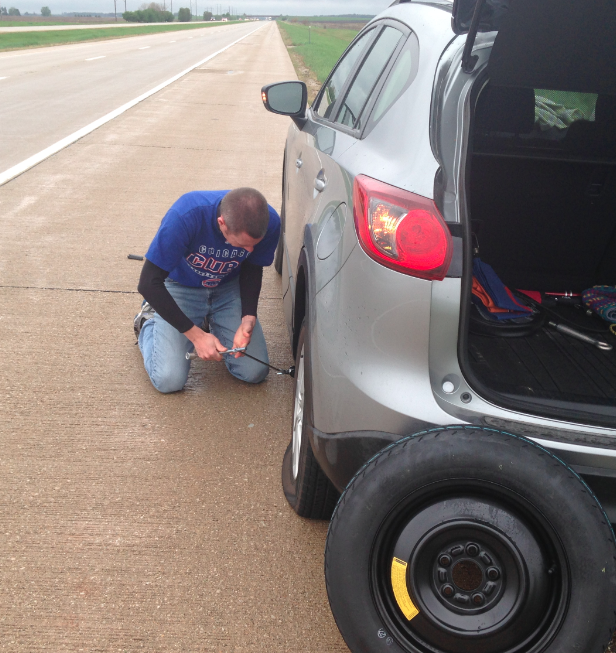 No punctures or tears, but it appears instead I threw a belt inside the tire.  How does one accomplish that feat on a straight highway?

Who accompanied me in playing hookie for the day?  My partner in crime was my sister! 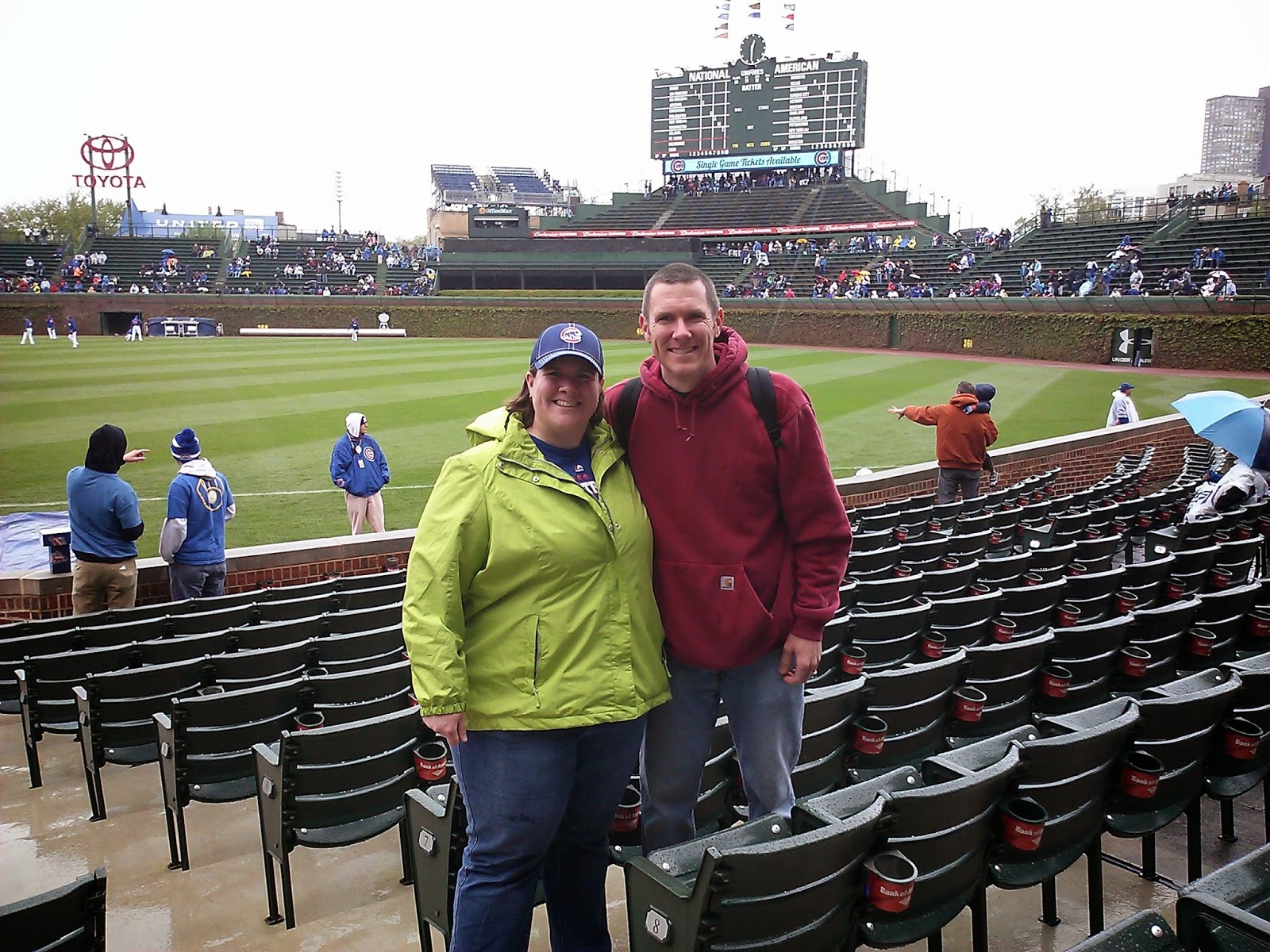 Ten thousand Babe Ruth "Called Shot" bobbleheads were being given away at the game today.  Even with the flat tire we were able to make it in time to snag one!  Score! 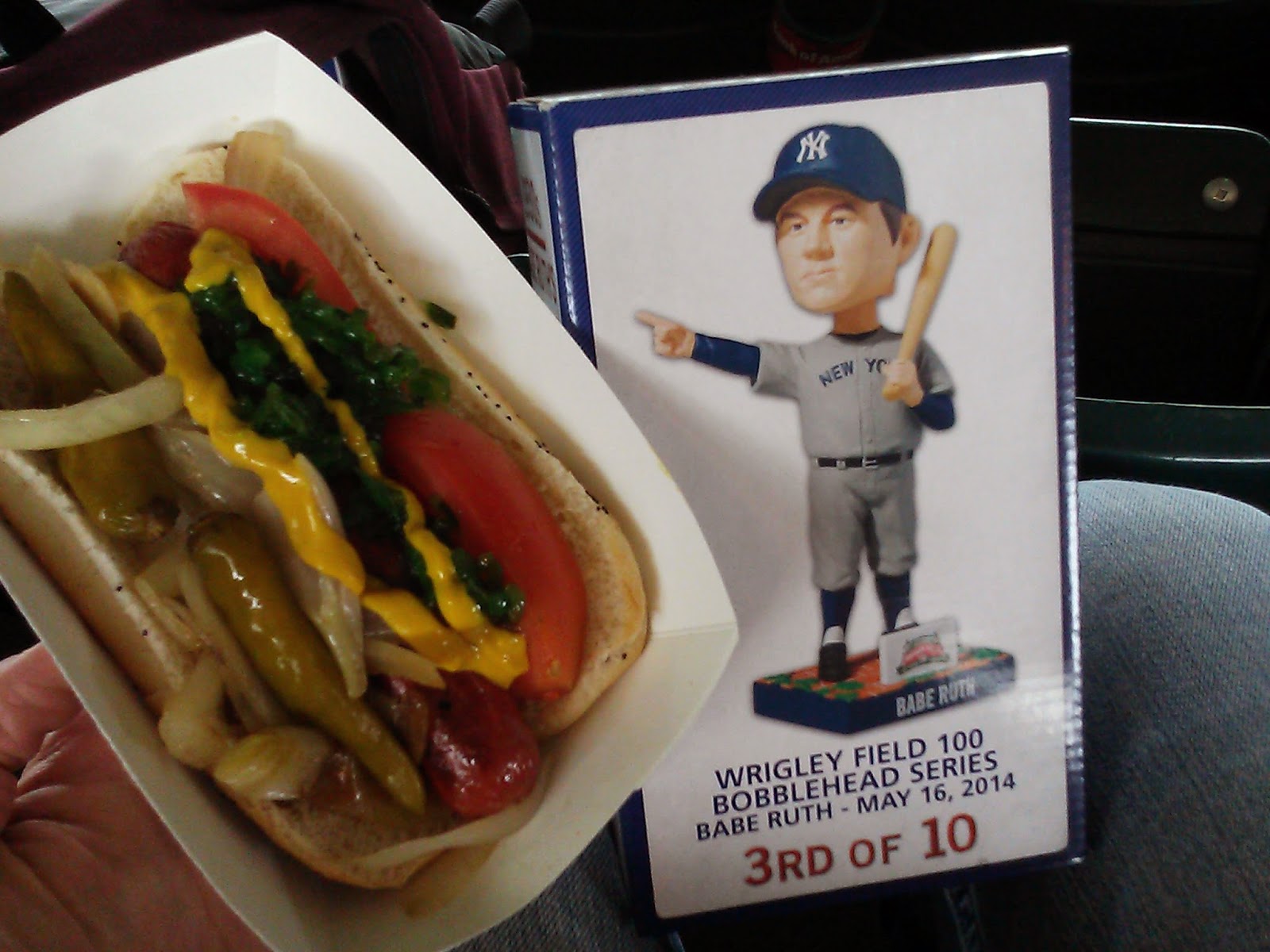 Above is a picture of Babe calling what I'm going to consume next: a Chicago style hot dog with all the fixings!  Yum!

So, we arrived at the game about thirty minutes before first pitch, but there were plenty of bobbleheads still available.  Why so? 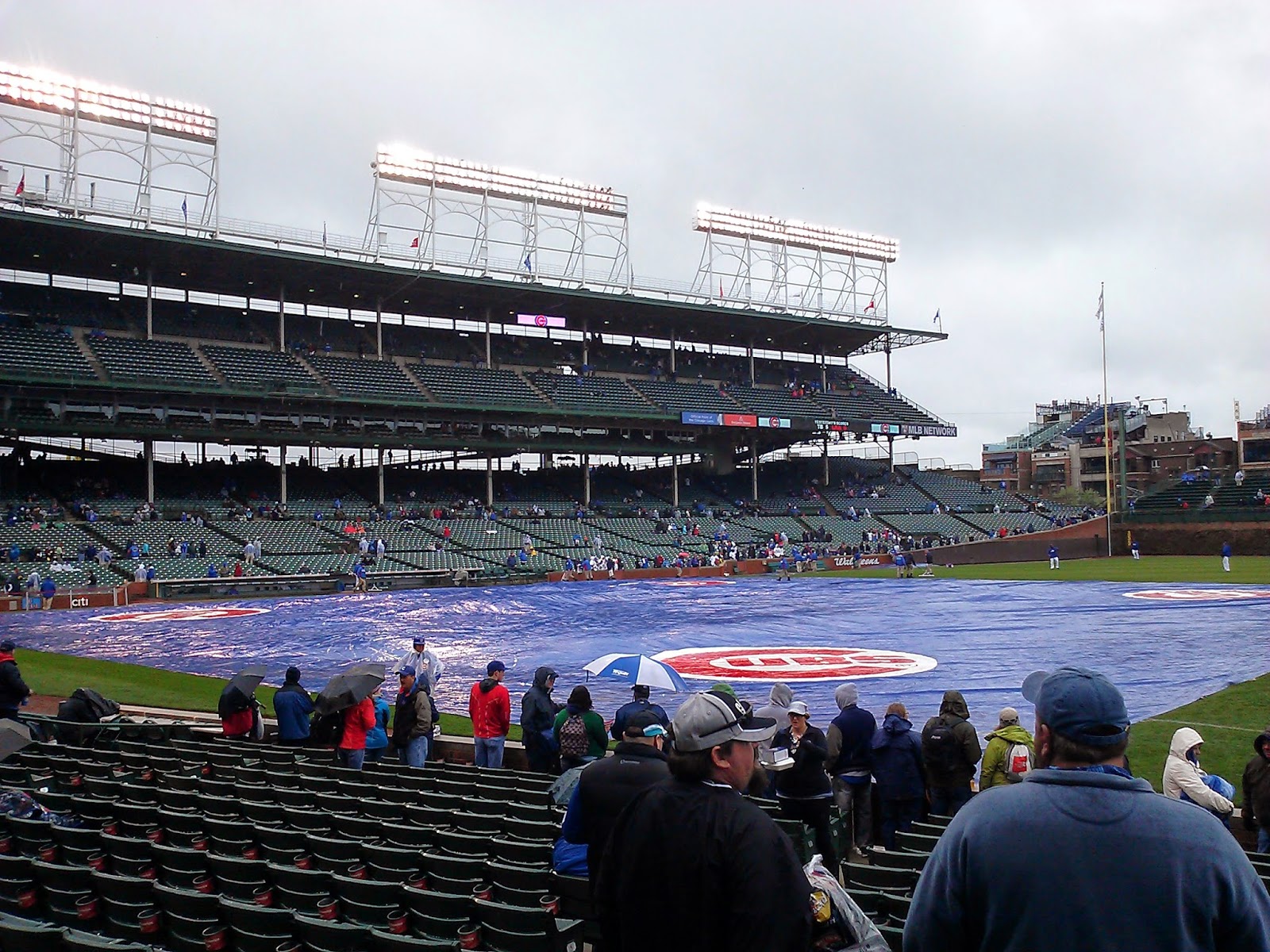 If you guessed miserable weather conditions you certainly wouldn't be wrong.  Forty degrees, windy, and wet.  Yuck.  My sister and I downed four hot chocolates during the course of the game in an attempt to stay warm.

How about something new at Wrigley?  I'm game!  Here's a quick shot of one of the staircases to from the concourse to the field level.  Each one featured a scorecard from a previous decade. 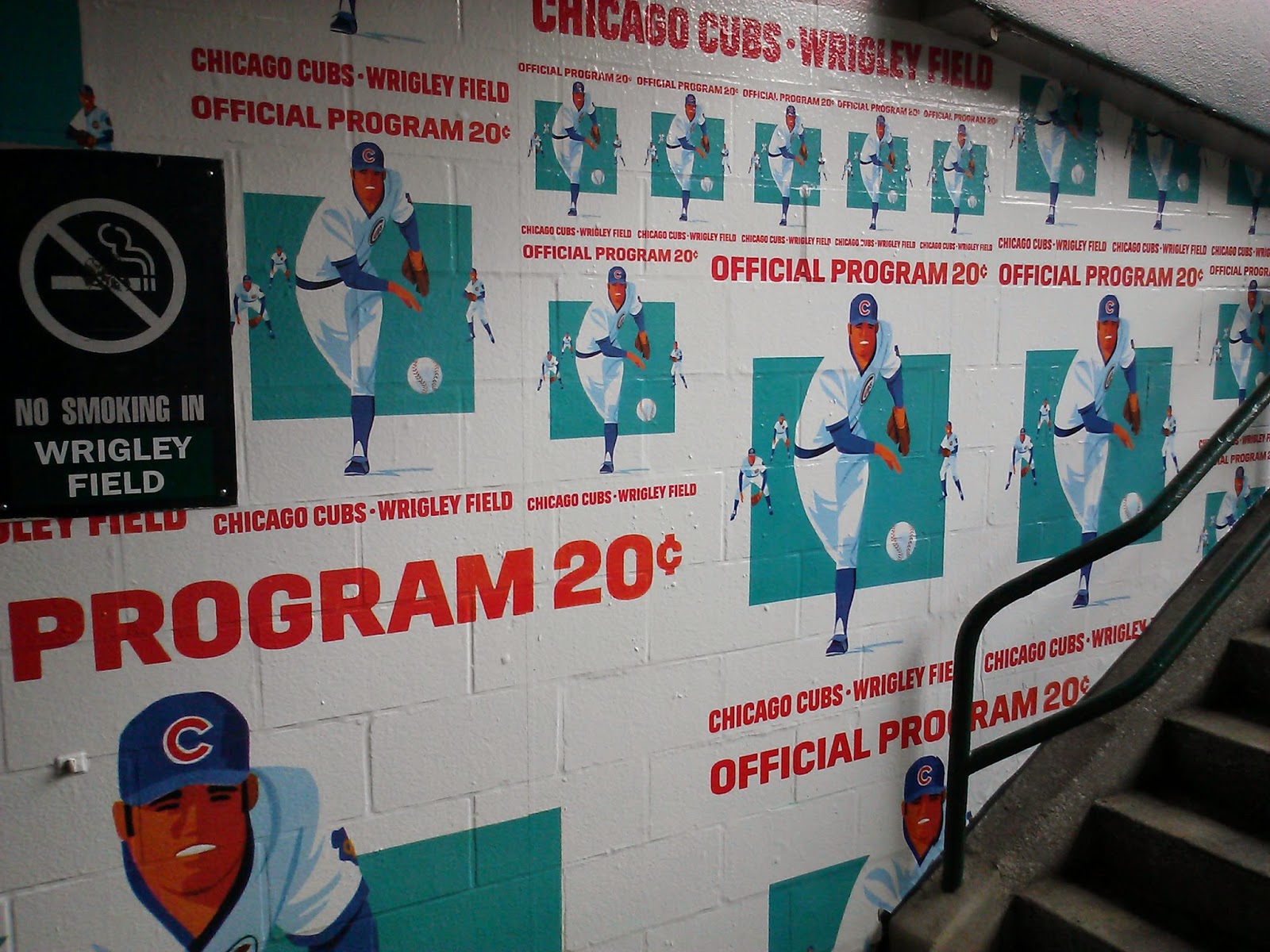 The former pitcher in me favored this one the most.  Oh, and for the record, the Cubs lost 4-3 to the first place Brewers, who did not have Carlos Gomez, Aramis Ramirez, or Ryan Braun in the lineup.  Go figure.

I worked the PA system for the high school baseball doubleheader on Saturday.  Sunny and 60!  Much better than the near freezing temps I suffered through the previous day. 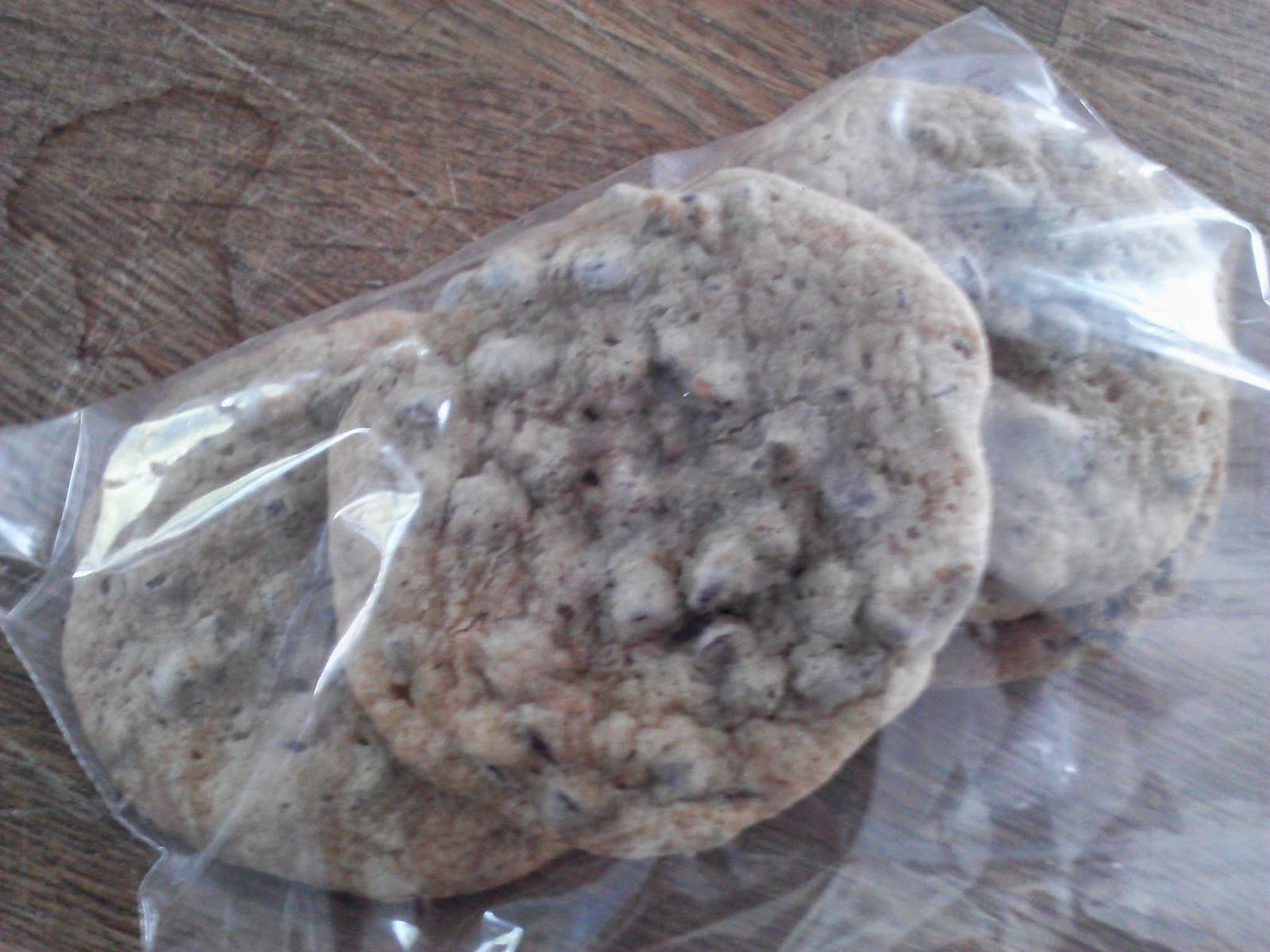 Then I headed off to my parents' house to help my dad with a couple of projects and was rewarded with chocolate chip cookies!  Thanks Mom! 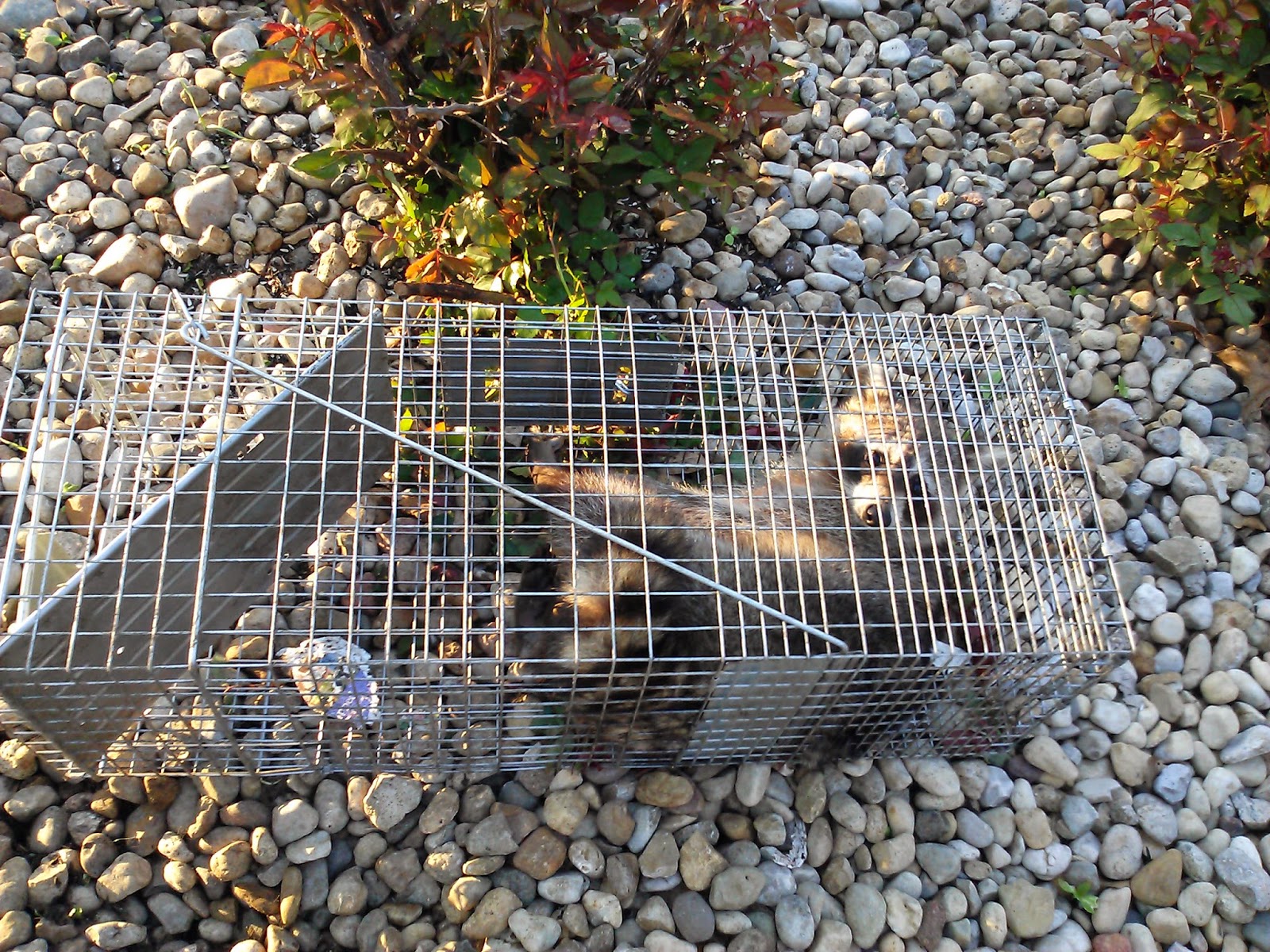 Channing Tatum? Following the naming guidelines given in the previous post, Channing is best my wife could come up with.  This guy managed to flip the trap on its side and take out part of a rose bush.  What a party animal!  Next up, a female name which starts with the letter "D."

I don't know that I've shown off my new mode of transportation yet on the blog. 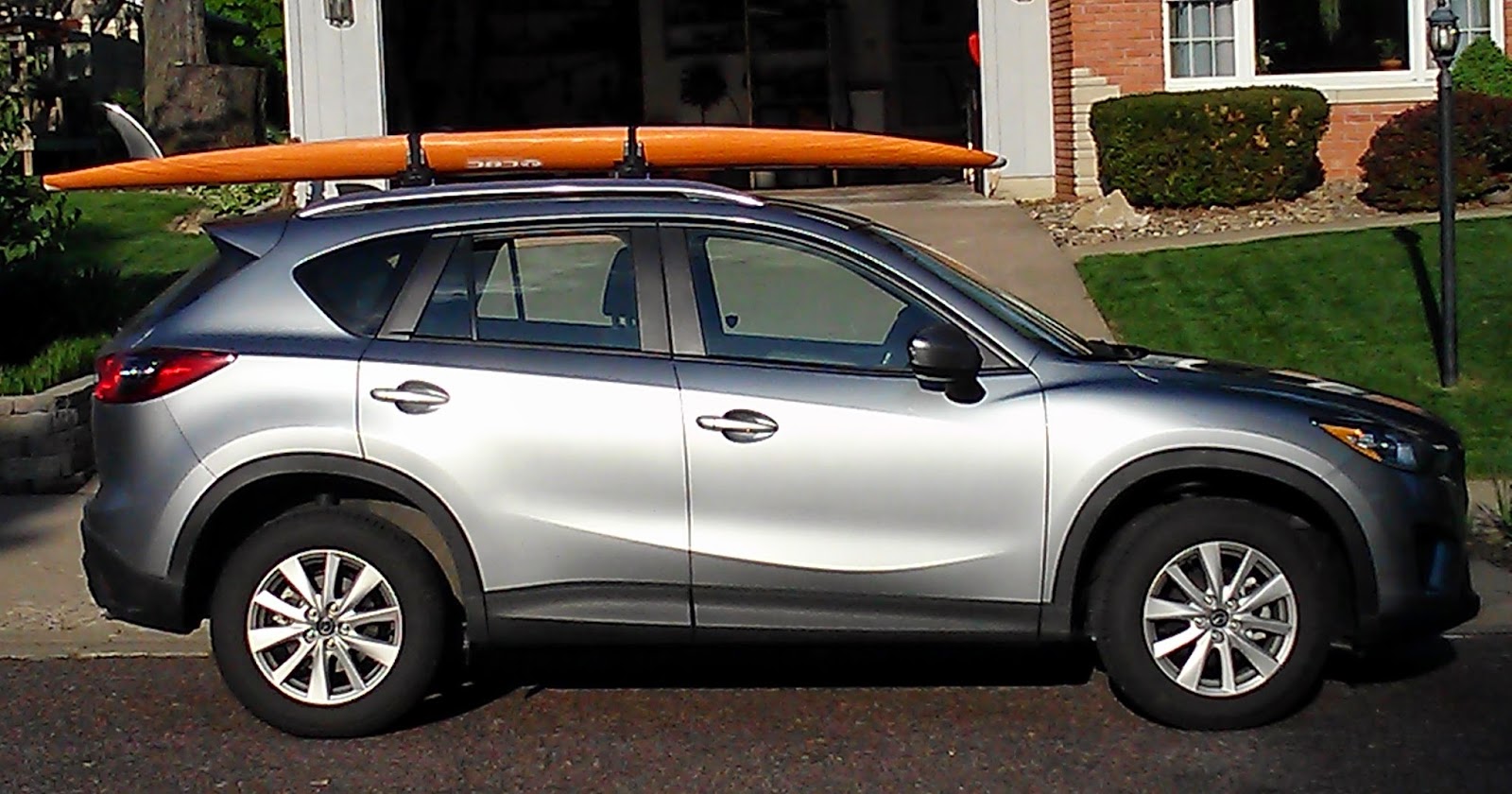 In this case, it's a two-for-one shot!  I purchased a 2014 Mazda CX-5 about three weeks ago.  It offers plenty of storage and up to 35 mpg on the highway (when the tire is not flat).  On top of my new ste of wheels is my new stand up paddleboard.  I'm pretty excited to try it out next weekend!  Another hat-tip goes out to my mom for making the straps for the roof rack.

The weekend concluded with the class of 2014's graduation ceremony. 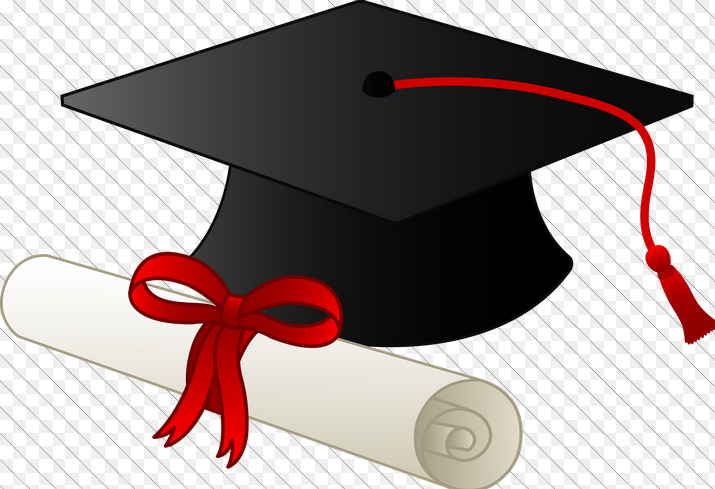 Another school year is almost in the books.  About two-and-a-half more weeks before finals are completed and I can enter into my summer slumber!

Thanks for stopping by today. For those of you hungry to see something baseball card related I think I sense another edition of Pack Wars coming up before too long!