I found the Twins and completed my set!

I was down to only three cards to finish off my 1978 Topps set.   I found them all during the last couple of weekends.  Here's the last one that I picked up this past Sunday at a card show in the south suburbs of Chicago. 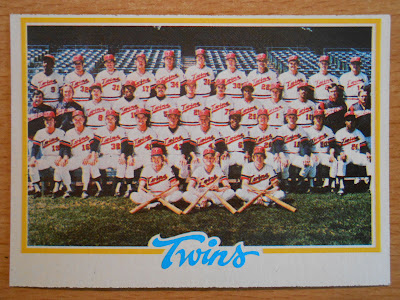 Yep, 50 cents for that bad boy!  Vintage checklists always seem to be a little pricey, because non-marked ones are difficult to track down.  This one was a decent price and it wasn't marked.  Score!  Last card!  Woohoo!

Minutes before I found the Twins card I bumped into a guy with FIVE Reggie Jackson Record Breaker cards.  He wanted $2, but I said I was looking for less-than-mint cards to fill my set and didn't want to pay two bucks.  He said, "$1 and you can take it home and rough it up."  Sold!

Here's the Reggie I took home.  And no, I didn't rough him up, but I did slide him into the binder! 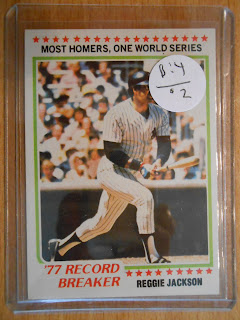 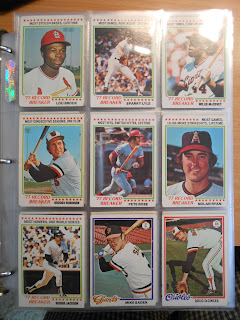 The weekend before I visited the western suburbs of Chicago and found this Jim Kaat for a quarter. 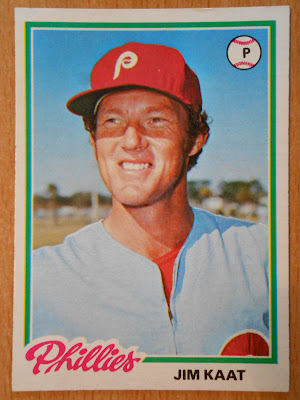 So, there's the last three.  Let's review, shall we?

I started my set because my parents gave me the league leaders from the set as a birthday gift over twenty years ago.  They thought it would be neat for me to see who lead the AL and NL in the main categories from my birth year.  I agree, but I wanted to see more!

Who would have thought that their gift would have lead to an 18 month chase to complete the 1978 Topps set.  What an awesome ride it has been!

Here's a few fun facts that helped me reach this day:
- I bought and traded for cards in four different card shops: only one local, the others were in Nebraska and Coloado.
- Cards were purchased at five different card shows in three different cities.
- I made one trade for one card with a coworker.  That was a pleasant surprise.
- I won four different Listia auctions and two different eBay auctions to help fill the binder pages.
- Five different individuals from the blogosphere helped along the way!
- I didn't open one pack of cards to finish the set.  A first!
- This was also my first vintage set for me to complete.

Again, my set is a little banged up, but it didn't cost much to put together and will now reside in this awesome vintage-esque binder for me too peruse at my leisure.  I may even put it in a book shelf in the living room so I can show it off! 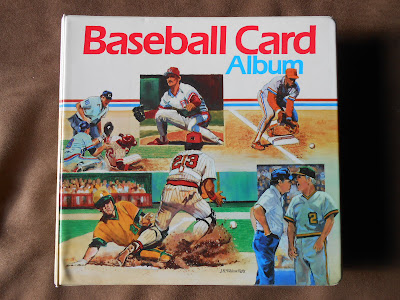 What set should I chase next?

Email ThisBlogThis!Share to TwitterShare to FacebookShare to Pinterest
Labels: 1978 Topps