Holy cow!  We've finally made it the last entry in our series of PWE Bombs from Wes at Jaybarkerfan's Junk. 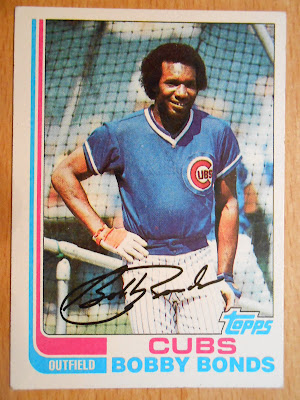 1982 Topps card of Bobby Bonds.  That fact that Bobby played for the Cubs somehow eluded me.  Obviously, this was the tail end of his career.

How about an '86 Fleer Star Sticker of Leon Durham? Yes, please!  Love the glasses, Leon! 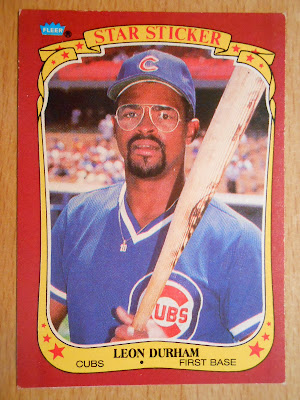 1994 Topps card of Anthony Young.  Boy, let me tell you how excited I was when we signed A.Y. to a contract right after he went 1 and 16 for the '93 Mets. (Yes, that was sarcasm.) The early '90s was a rough time period in the history of my beloved Cubs. 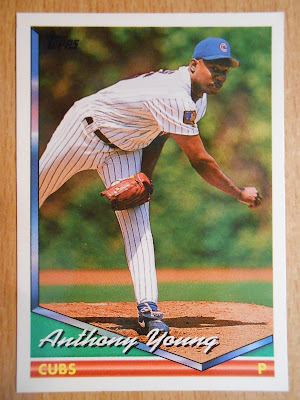 1997 Pacific Brian Dorsett.  The back is in Spanish and English.  Both of them thank Mr. Dorsett for hitting 0.122 with the Cubs in '96 and then fading away into the sunset.  Okay, so maybe most of the of '90s was a rough period. 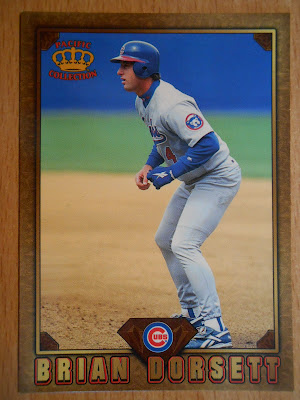 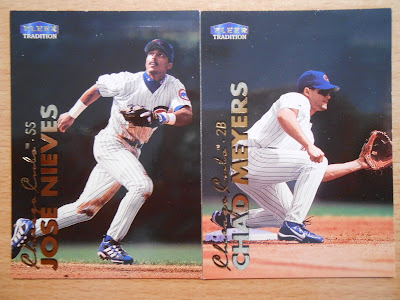 I like the style of those Fleer Tradition cards.  What ever happened to Fleer?

Oh boy!  So, that's the end of the PWE bombs that were inside the yellow bubble mailer.  Next up is the team bag of Cubbie goodness!

Stay tuned, because I sneaked a peak and we're only beginning to scratch the surface of Wes' generosity!   Thanks again, Wes!