If you missed the first post of this series you can go here to catch up.

Ahhh. A young Ken Griffey, Jr., with a thin mustache and his backwards hat. Classic! 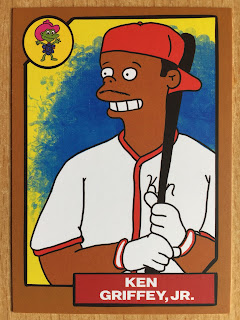 Girffey was probably the hottest name in baseball at the time this episode aired on February 20th, 1992. He just finished his age 21 season by hitting 0.327, being named to the All-Star game and winning the Gold Glove and Silver Slugger awards. 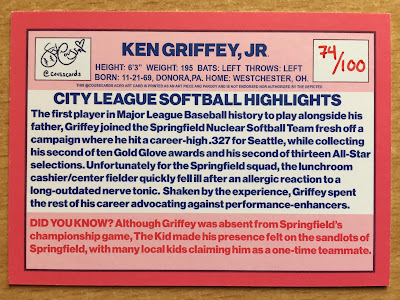 I can't claim to have played alongside Griffey, but I did visit the ballpark where he launched his first professional homerun. I visited one of my former high school players during his internship for the Everett AquaSox a couple of summers ago.
Behold: 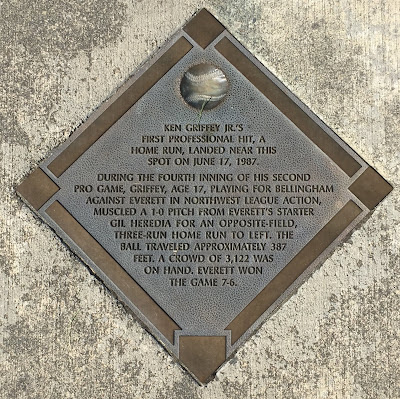 Alright, enough about me. Tomorrow I'll show off the first baseman for the Springfield softball squad.
Thanks for reading!
Posted by P-town Tom at 4/09/2021 05:17:00 PM