Last summer was the first in which I didn't participate in a team sport since I was five years old. Slow-pitch softball has been a big part of my summer nights for the last couple of decades.  I'm one of those weird guys who like to dive, get dirty, and run around like a madman on defense . . . but I had suffered an injury to my throwing shoulder and I was pretty upset.  I could care less about hitting so I retired my glove until I could get my shoulder fixed.

In the meantime I've signed a not so lucrative free agent deal to play kickball with my co-workers. Meet the team, Teacher's Kick Grass: 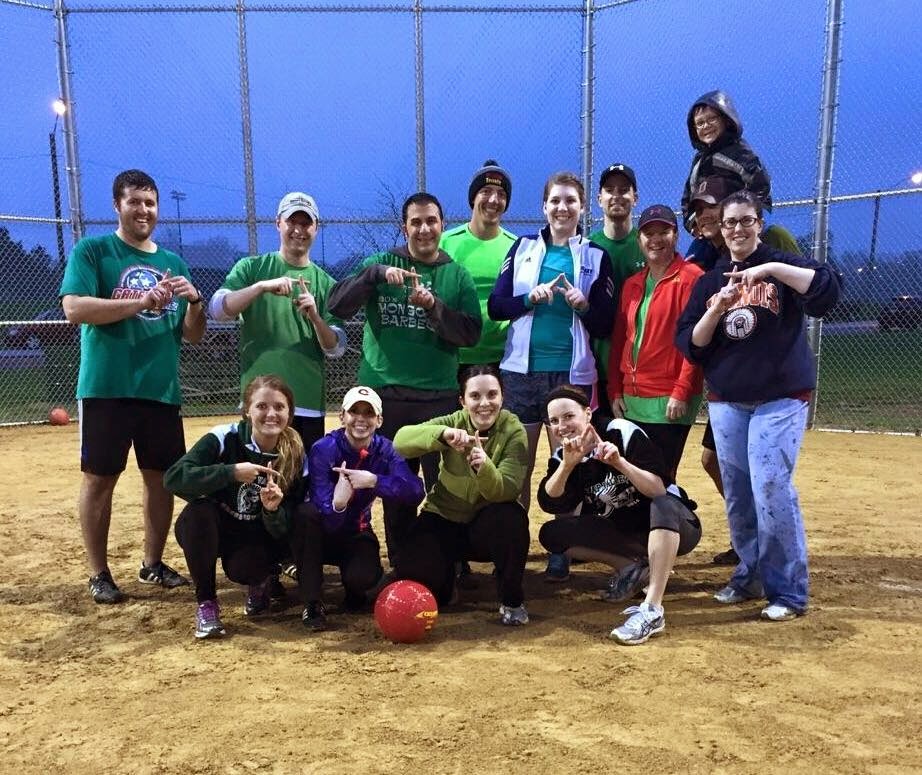 For the record:
1) I'm the one with the little guy on is shoulders
2) Those aren't gang signs my teammates are flashing... they're A-pluses!

We played Strong Ballers in the rain this evening and defeated them 12 to 0 in seven innings. I got an inning in the outfield, one at first, and I pitched four shutout innings.  At the plate I reached all three times and scored a pair of runs.  More importantly, it was fun.  I needed that.

I may try convincing my athletic director to let us borrow the inflatable eagle the high school football team runs though for our next game.   Yeah, it's a fun group!