I went to Springfield with my sister and two of our friends last weekend to check out the new Cubs and Cardinals rivalry exhibit at the Abraham Lincoln Museum. I suppose I could have posted last week when this was fresh in my mind, but today seems like as good as any to play catch up. After all, it is Opening Day and the Cardinals are hosting the Cubs tonight. 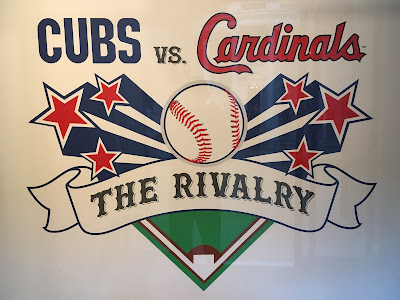 I'm so glad baseball is back!

Overall, the exhibit was well really done. There were lots of informative little write-ups like this one about Three Finger Brown's golden watch fob. 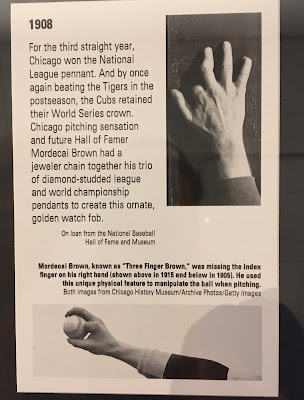 I still can't get over how mangled Moredcai Brown's hand was!  Crazy!

Many of the items were on loan from the Baseball Hall of Fame, including Rogers Hornsby's Most Valuable Player medal: 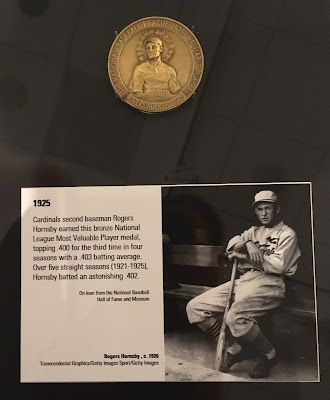 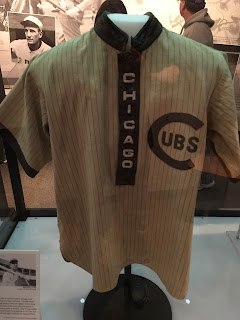 Floodlight from Sportsman Park, which added lights back in 1940: 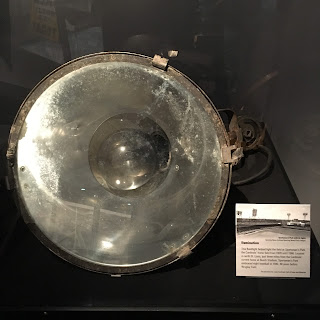 Here's a shirt protesting lights for Wrigley in 1988: 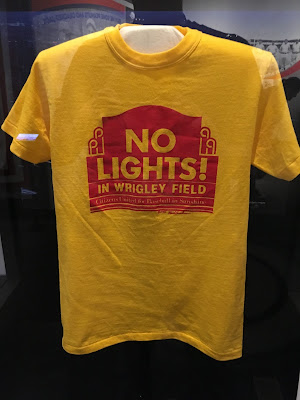 The text at the bottom of the shirt reads, "Citizens United for Baseball in Sunshine."  C.U.B.S. People in the 80's were so creative!

There were some interactive pieces in the museum, including four computerized trivia centers in the museum to test your knowledge as either a Cub or Cardinal fan. 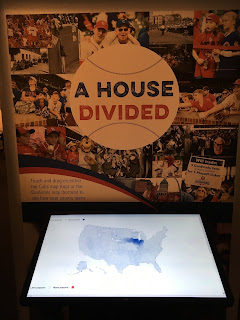 Another option was the monitor in the above picture. It was a touch screen where you could click on any county in the United States and it would let you know if there were more Cubs or Cardinals fans in that county. Peoria County favors the Cubs, but it's a close race! 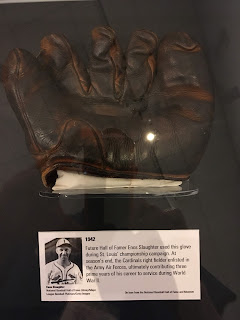 I love me some old baseball artifacts. Enos Slaughter's glove is pictured above.  Shoot.  I can't remember who the cleats belonged to. Bummer. 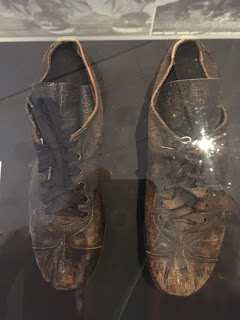 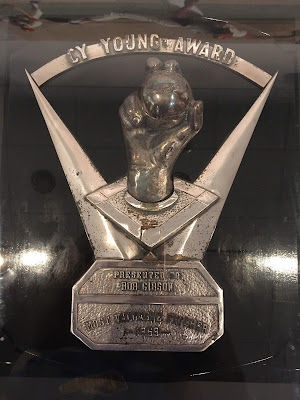 Here's one of my favorites: 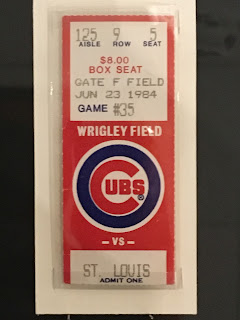 It's a ticket stub from the "Sandberg Game." Sandberg hit a homer off Bruce Sutter to send the game to extra innings and then he cracked another off Sutter to tie it again in the 10th!  The Cubs won it in the bottom of the 11th inning. It was a coming out party for Ryno, who was in the middle of an MVP season. Funny story: the game was a nationally televised contest and the announcers had already selected Willie McGee as the player of the game before Sandberg hit his first homer in the bottom of the 9th. For what it's worth, McGee did hit for the cycle that day.

If you listen to enough radio, like I do, then the broadcasters kind of become family. 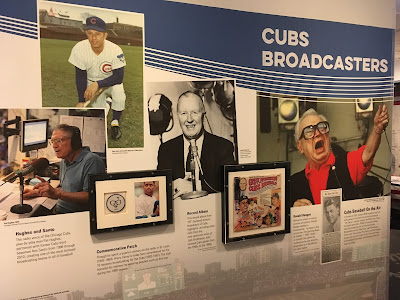 I didn't know Ronald Reagan did Cubs games when he was young!  FYI, Reagan and I are both graduates of Eureka College. 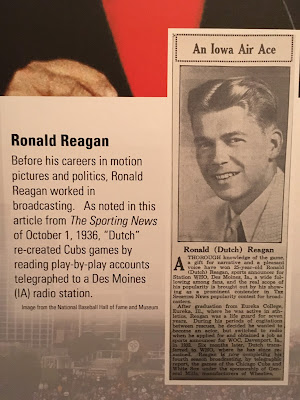 I believe the bat below is David Freese's from the 2013 World Series and the hat is from when Jake Arrieta won his 20th game in 2015. 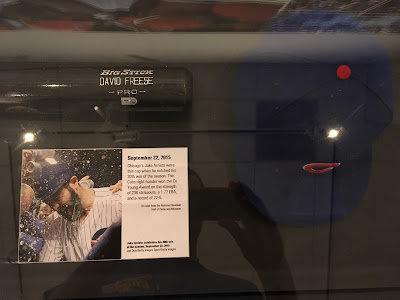 And yes, the exhibit was up-to-date with 2016 World Series material! 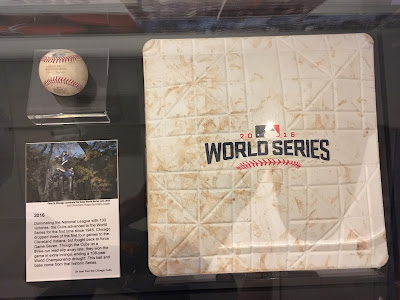 Lastly, by the exit, there was this HUGE FatHead of the Cubs celebration scene on a ten foot tall wall. People were lining up next to it for a photo opportunity. 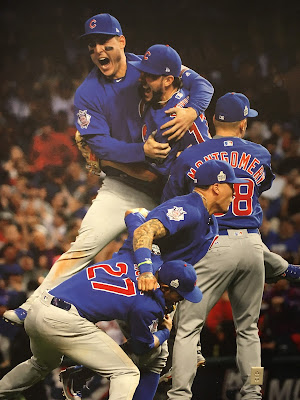 I snagged this quick picture when there was a break in the action. You can see an electrical outlet in the bottom right, which can you a little perspective as to how big it really was.

It was a fun road trip for sure and a great way to get me hyped up for the 2017 season!