Tom, from The Angels, in Order, and I have been exchanging cards for nearly four years now. Not that I'm biased or anything, but I've found that all guys named Tom are really stand-up traders, and Tom has proved this multiple times over. I'll ship him out my unwanted Halos and I'll receive back players donning Cubs blue. It's a great relationship, it truly is.

Recently, I dumped some Angels on Tom during the Great Purge of 2016.  He responded back with what is my first new-to-me cards of 2017. 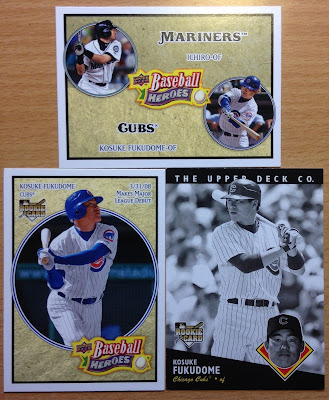 Tom sent back some beauties, including these nice Fukudome cards for my player collection.

I love me some World Series Cubs and Zobrist is one definitely one of my favorites. Actually, I think the Topps Bunt design was my favorite of 2016 as well. We need more large team logos in the background! 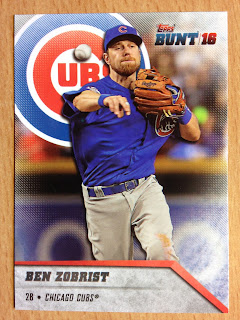 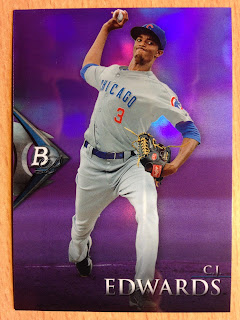 Carl Edwards will be one of the livest arms in the bullpen this year and I'm looking forward to seeing how many of his opponents will chase that curveball of his. It's downright filthy. 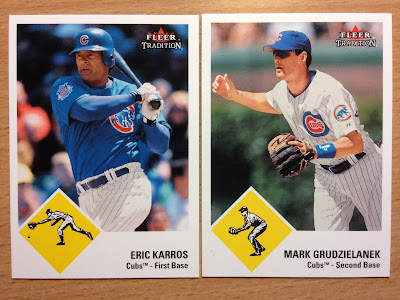 Eric Karros and Mark Grudzielanek were two of my favorites on the 2003 playoff team. Grudzielanek actually received MVP votes that year. I bet you didn't know that! 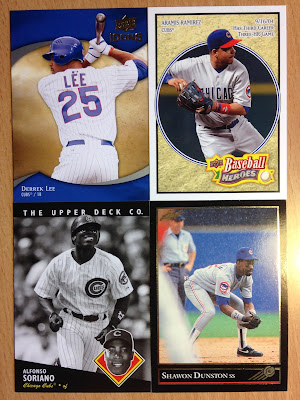 Four of the more recent familiar faces of the Cubs franchise are featured on the cardboard above. The Dunston cards looks to be a little grainy, so let's take a closer look. 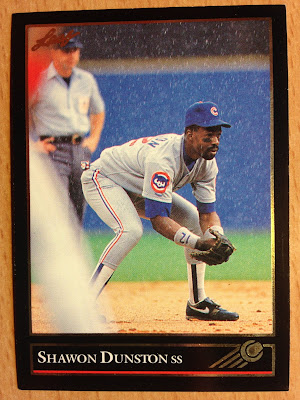 Nope, the picture is crystal clear, but the weather that day was not. Didn't you just love those black & gold parallels from Leaf back in the day?

This unused linen postcard is an absolute gem. 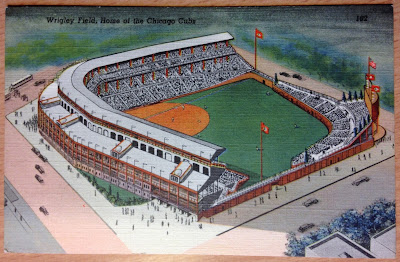 It's an older postcard for sure, but I can't figure out the year exactly. It was produced by The J.O. Stoll Co., and the back holds a place for a "one cent stamp" in the corner. Through a little bit of research I know this postcard must have been produced before 1952, when the price was upped to two cents. Maybe Wrigley Wax, who seems to be a historian on all things Cub, would have an idea of when Wrigley looked like that. My guess would be in the 1930s. No?

Regardless, the postcard is beautiful and will be on display in my man room.

Lastly, we have a 1983 food issue card from Post's Super Sugar Crisp. 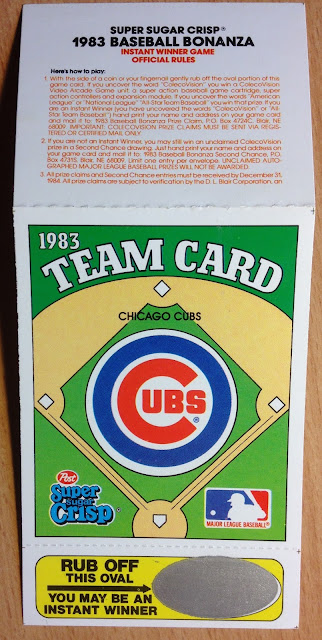 This is a scratch-off card from 1983 which gives you a chance to win a ColecoVision (old-school gaming system or an autographed baseball. 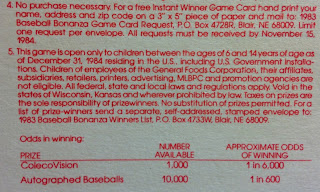 The contest states that children between the ages of 6 and 14 years of age as of Dcemebr 31, 1984 were eligible to win. I was seven back then, but MLB baseball wasn't yet on my radar. 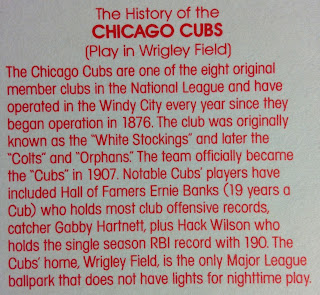 The back sports a little team history, which needs to be updated: Hack Wilson has now been credited with 191 RBIs and the Cubs got lights in 1988. Plus... maybe we should add something about a World Series win in 2016?