Mark Grace Over Will Clark? Hmmm...

Five days of softball tryouts in the heat and humidity have really sapped my energy this week. So, here's another trade wrap-up, with minimal commentary.  This one comes from Daniel, the author of It's Like Having My Own Card Shop, who lives in the great state of Arizona. I could use some of that dry heat right about now.  There wasn't any to be found in the trade package though. 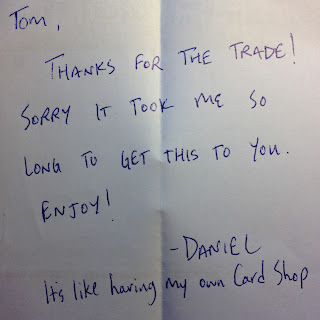 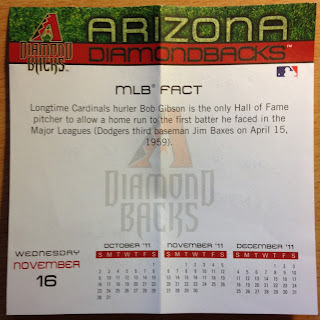 Hey, look at that! I'm not the only one who pens notes on the back of old team calendars.  Cool.

I miss Luis Valbuena, but that Kris Bryant character was a decent upgrade. 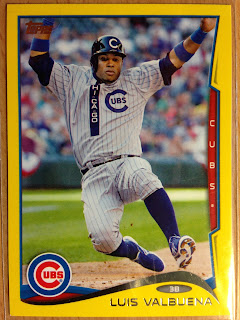 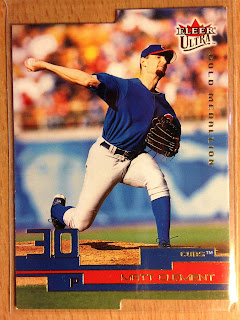 I don't love me some Michael Barrett, but this is when I realized nearly the entire package was chocked full of parallels and serial numbered cards. 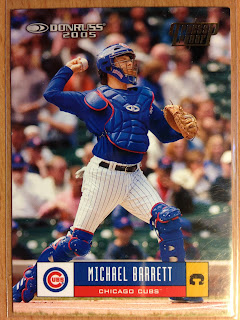 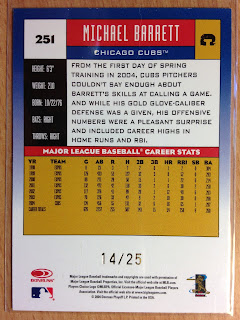 "Splendid Splinters" is a very appropriate title for this card, which is super thick and has a wood finish on the front. 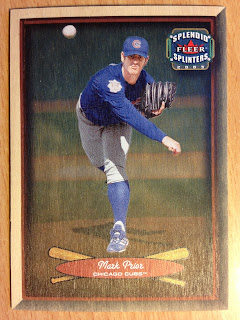 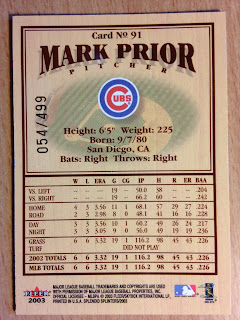 Mark Prior.  What could have been.  Sigh. 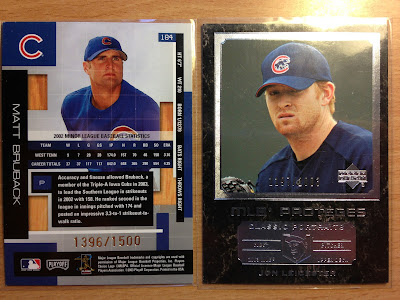 Matt Bruback and Jon Leicester on the right, because I know you NEEDED to know. 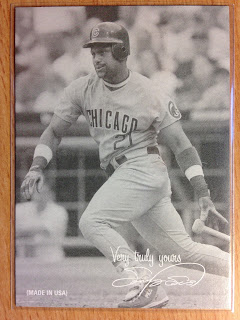 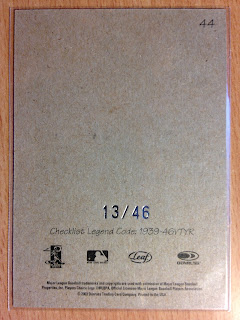 Gracey!  I took two pictures, one with the flash and one without so you could see the beauty of this card. 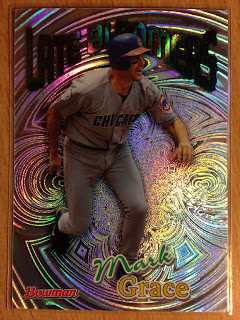 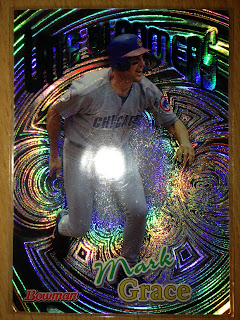 The back of the card had this little entry:

Grace was drafted in the 24th round. Hmmm... I'd take Randy Johnson's career over Grace's... maybe Will Clark...  but, that would probably be it.  How about you?
(For the record, Barry Bonds and Barry Larkin were also drafted in the first round. Why would Topps leave them off?)

Ramy!  He actually looks older in the Pittsburgh picture, but this card is dated 2006. 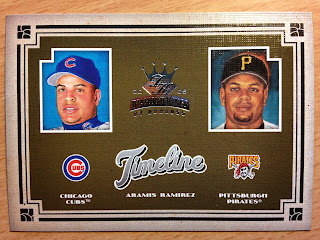 So, that's not a picture of ARam from his swan song with the Pirates in 2015.

We'll finish this one with a nice Addy mini from last year's Allen and Ginter set. 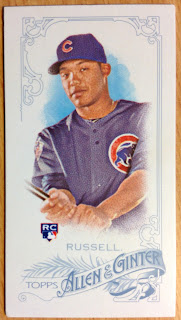 Nice looking card of a good player who will hopefully only keep getting better.