Mr. Zobrist, This Way to the Clubhouse 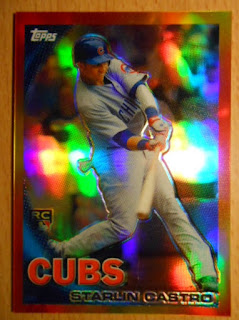 If you like to follow the Hot Stove at all, then this has been a fantastic night.  The Cubs signed local product Ben Zobrist to a 4-year deal and not ten minutes later traded Starlin Castro away to the Yankees.  Zobrist is very good clubhouse guy and super versatile and I'm happy to add his patient left-handed bat to the lineup, but I'll miss Starlin.  He did everything the Cubs ever asked of him.  #GoodLuckStarlin 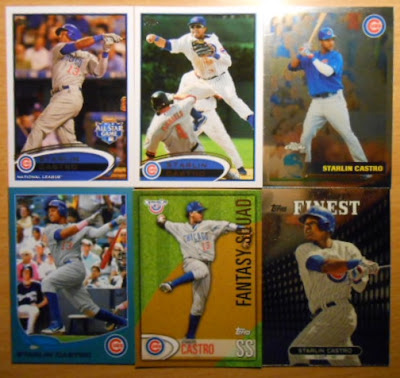 Oddly enough, I received a trade package today from This Way to the Clubhouse and the dominant player in the three team bags was Starlin.  Four of the cards above are new to my collection, but they will wind up with all my other Castro cards in the "Former Cubs" binder.  #SomeoneIsChoppingOnions 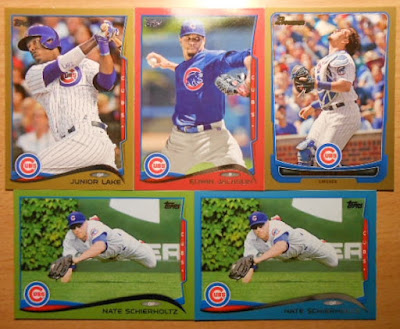 Luis Montanez was a former #1 draft pick for the Cubs during the Tribune era, in which the Cubs would draft second rate talent to avoid paying big bonuses to #1 picks.  The Tribune Company was not a good team owner. 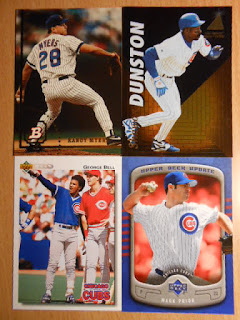 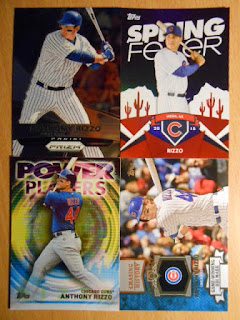 On the left we have past Cubs favorites on the left in Randy Myers, Shawon Dunston, George Bell, and Mark Prior.  Three new-to-my-collection Rizzo cards on the right! 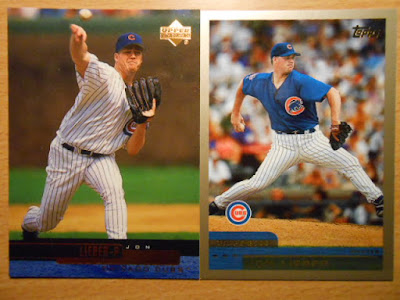 Lieber was a workhouse and he is under represented in my collection and these two will help. 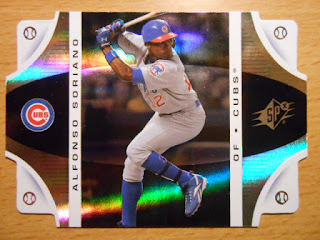 This one is my new favorite Alfonso Soriano card . . . die-cut, shiny, a nice design and a good shot of his leg kick. 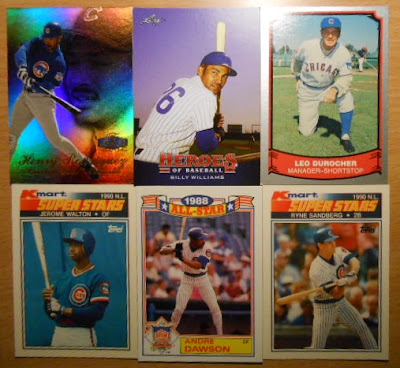 Nicknames!  Can you place the correct player with the correct nickname?  We have Sweet Swingin', Ryno, Juice, The Lip, The Hawk, and Oh Henry!  Great cards and nice variety! 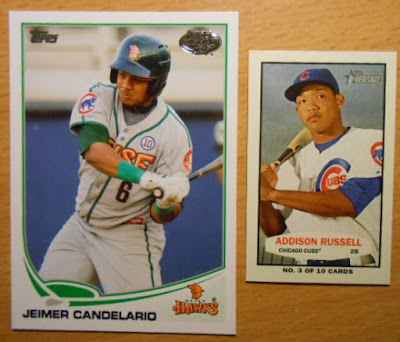 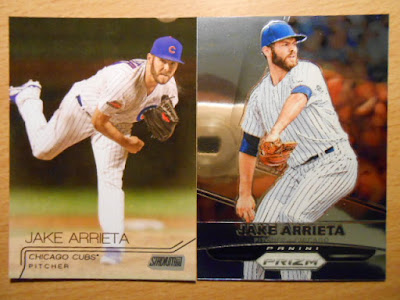 Lastly, a couple sweet Cy Arrieta cards.  The Stadium Club card is just begging for an autograph on it.  #CubsConvention