I was contacted by Jeff, from the definitely-in-the-holiday-spirit-2-by-3-Heroes blog, a week or so ago.  He's been giving away cards like candy in a homecoming parade as of late.  Some of those cards are through his "Tis The Season" giveaway and others are through his "I'm a great guy" giveaway.

The PWE I received was from the latter giveaway, but this is the first time one of Jeff's PWEs didn't come as complete surprise, and here's why:

That's a question I don't mind answering.  E-mails like those above kind of serve as a hint of good things to come.  Right?
So, let's see what was inside that PWE! 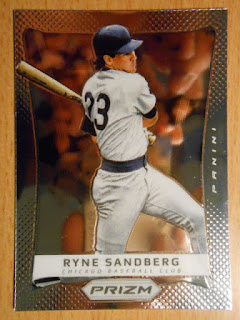 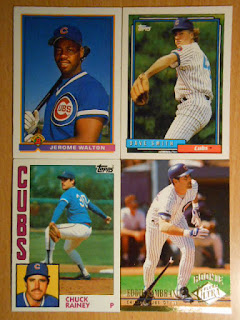 A shiny Ryno from Panini Prizm and some cards from the era when I first collected cardboard. 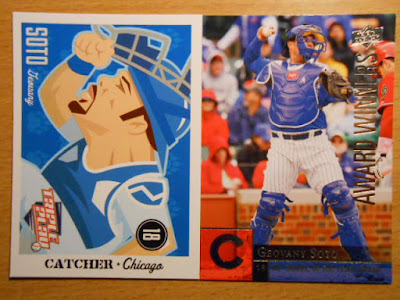 I have more 2012 Panini Triple Play than any card collecting person should be legally be allowed to possess.  The Award Winners Geovany Soto card from Upper Deck is new to me though! 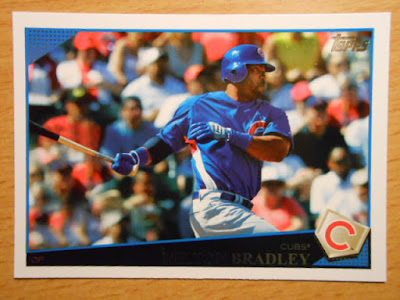 Oh dear. I don't know if signing Milton Bradley was the worst acquisition by the Cubs in the last decade, but it certainly belongs in the top five with the Ian Stewart trade, the Edwin Jackson signing, and the albatross of a contract that was tied to Alfonso Soriano. Of all of them, Milton Bradley was my least favorite baseball player and person of the group and therefore he shall forthright be know as "The Player Who Shall Not Be Named" on this blog. 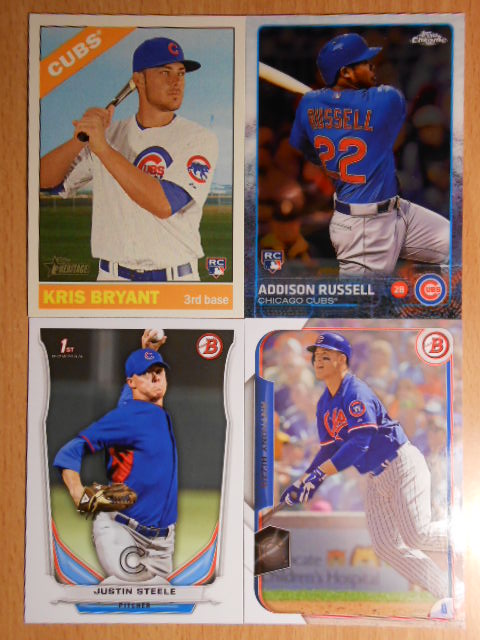 Thanks for the cards, Jeff!