Jeff, from 2 by 3 Heroes, dropped a plain white envelope on me, which hopefully can tide me over until Bowman Draft and Prospects is released early next week. I'm not sure how everyone else feels about the Bowman's regular release or Bowman Chrome, but I could live on Draft and Prospects alone. To me Bowman is synonymous with prospecting, so chasing established Cubs cards in the other two products seems odd. 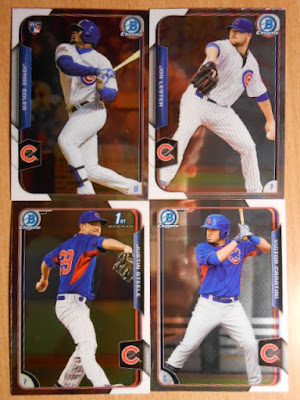 Soler still gets the rookie insignia, but Lester is definitely a veteran. An extra Lester is nice to have, especially since my collection is more or less devoid of the Cubs now #2 starter. Justin Steele and Victor Caratini are the types I expect to see in Bowman!  Yes.  Thank you.  More, please!

From one end of the spectrum to the other: 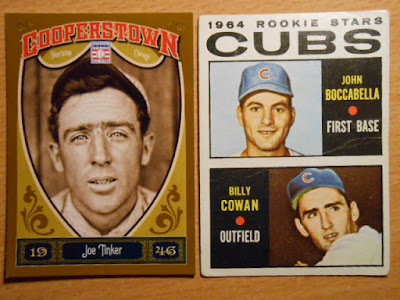 A card of a vintage player to an actual vintage card. I may be approaching a half dozen of the Tinker cards, but the Cowan and Boccabella rookie stars card is a new one to my collection! 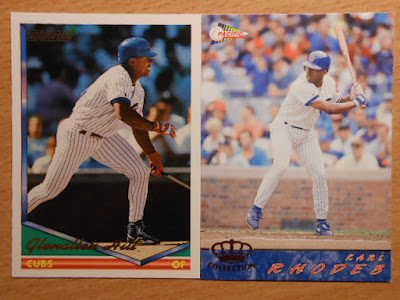 I can't get enough of Glenallen Hill.  He and Tuffy Rhodes left a little bit of imprint on my young mind.  Hill once crushed a homerun ball on top of the rooftops on the other side of Waveland Avenue.  Rhodes once hit three homers on Opening Day on a cold April day.  I'm fairly certain you can count the number of player who have done that at Wrigley on one finger. 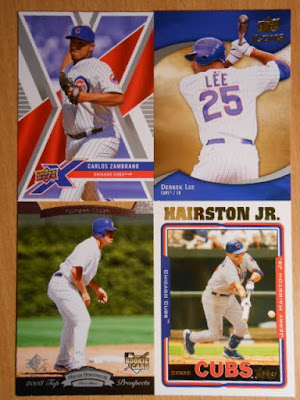 All of these guys were favorites of mine at one point.  I liked Hairston's versatility, Lee had some really dominant offensive years, Hoffpauir had potential (but we know how that sometimes go), and Z was a fierce competitor. 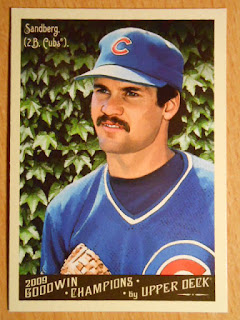 Sandberg sporting a mustache!  It looked weird back in the 80s, it looked weird in 2009, and it still looks weird now. I guess he might fit in better now with all the facial hair in baseball than he did thirty years ago, but it's still something I'll never get used to.