No, it's not serial numbered.  But how many of these can there be in out there in the open market? 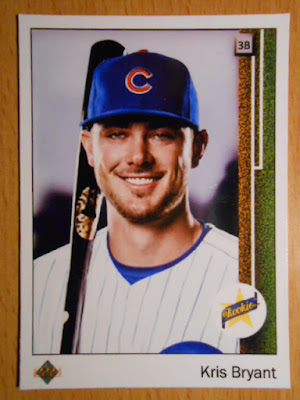 It looks and feels like a card from Upper Deck's inaugural release in 1989, but the hologram on the back is not present and the initials "GB" reside in its place.

This isn't the first or second time Gavin has dropped one of his customs on me. And nothing against the first two, because they are very cool, but the third time . . . man, the third time was certainly a charm.

I know Gavin has had a couple of job leads, but I'm wondering more and more how a card company hasn't latched on to the author Baseball Card Breakdown. Keep in mind, the Bryant card is a custom and is made in DefGav's secret laboratory. Imagine if he had the resources and technology that Topps and Panini have readily at their disposal!

Also included into today's PWE was some holiday cheer: 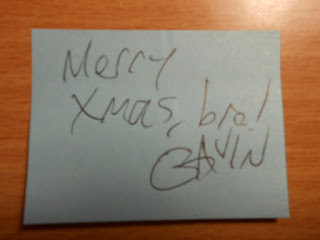 And some other wonderful cardboard including: 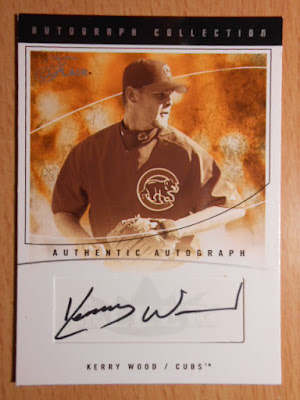 A Kerry Wood autograph! It's number 67 of 100 (on the reverse side) and is the 424th Kerry Wood card in my collection. For the record, Gavin has donated seven different Wood cards to my collection, including #400. That's a true bro! 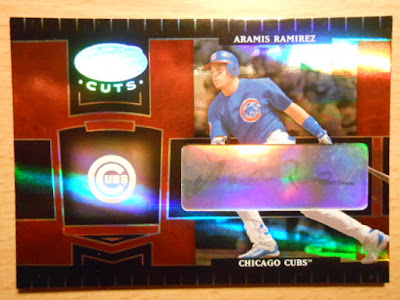 I took four shots of this card trying each time to better display the true color of the card.  It is a beautiful and shiny maroon, which my camera does not seem to appreciate. No worries, I most certainly appreciate this 2004 Leaf Certified Cuts autographed (#003/100)!

Next up we have a 2010 Topps Pro Debutcard of Casey Coleman. Another new card for my collection! 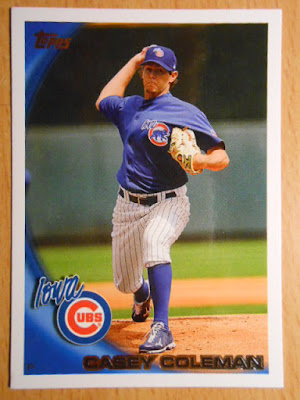 I always liked Casey Coleman, but it just seemed talent-wise he was over matched. Think about that for a second. He possesses a tremendous pedigree as the son and grandson of major league ball players, he was the Cubs minor league player of the year in 2009, and certainly he was a tremendous pitcher in his high school and college days. Yet, he hasn't been able to stick in the majors. It just speaks to the level of talent it takes to make it and stay on a major league roster. 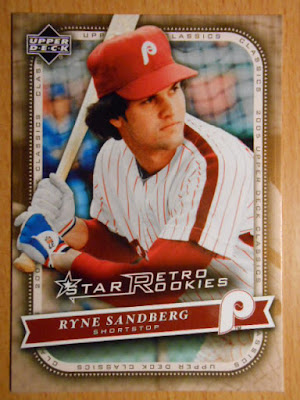 This is nice Retro Rookies card from the 2005 Upper Deck Classics set. I don't have many cards with Ryne wearing a Phillies uniform, so this one is a very welcomed addition. Overall it's my 790th different Sandberg in my Ryno player collection.

Gavin, you have really outdone yourself this time! I'm not sure what I can send back in return, but you're going on my list.  (No worries, it's a good list to be on.)  Thanks again!