A Trade with My Cardboard Mistress

What a great name for a blog!  No?  Adam, from My Cardboard Mistress, and I hammered out a quick trade.  You may know Adam as 'Spankee' or perhaps have seen his avatar pop up in the comments section of a blog.  If not, reach out to My Cardboard Mistress, because he's working on a few sets and is a solid blogger to trade with.

So, let's dig in an see what Adam and his generosity sent my way!  As always, I'm only going to show my favorites from the stack.

Oh, man...  I think I just got bipped with Joe Girardi cards?  What that correctly be referred to as getting 'Girardi'd'?  I did take a class in orthography back in the day, but by no means do I have the English grammatical skills to pay the bills.  Thank goodness for math! Mini relics!  A 2011 Marlon Byrd card from the short lived Lineage line and a 2012 Ryan Theriot from Allen and Ginter's.  Nice. 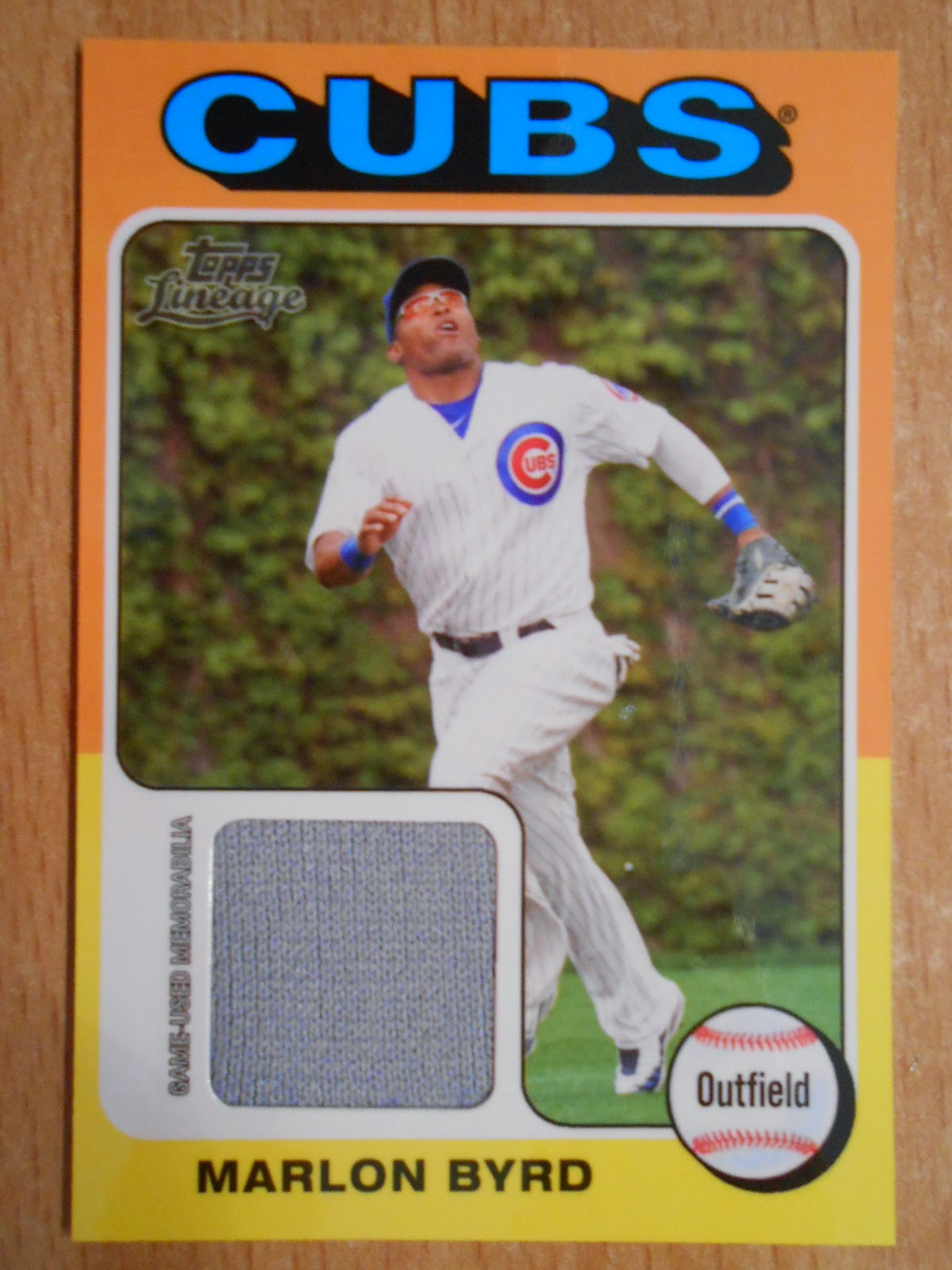 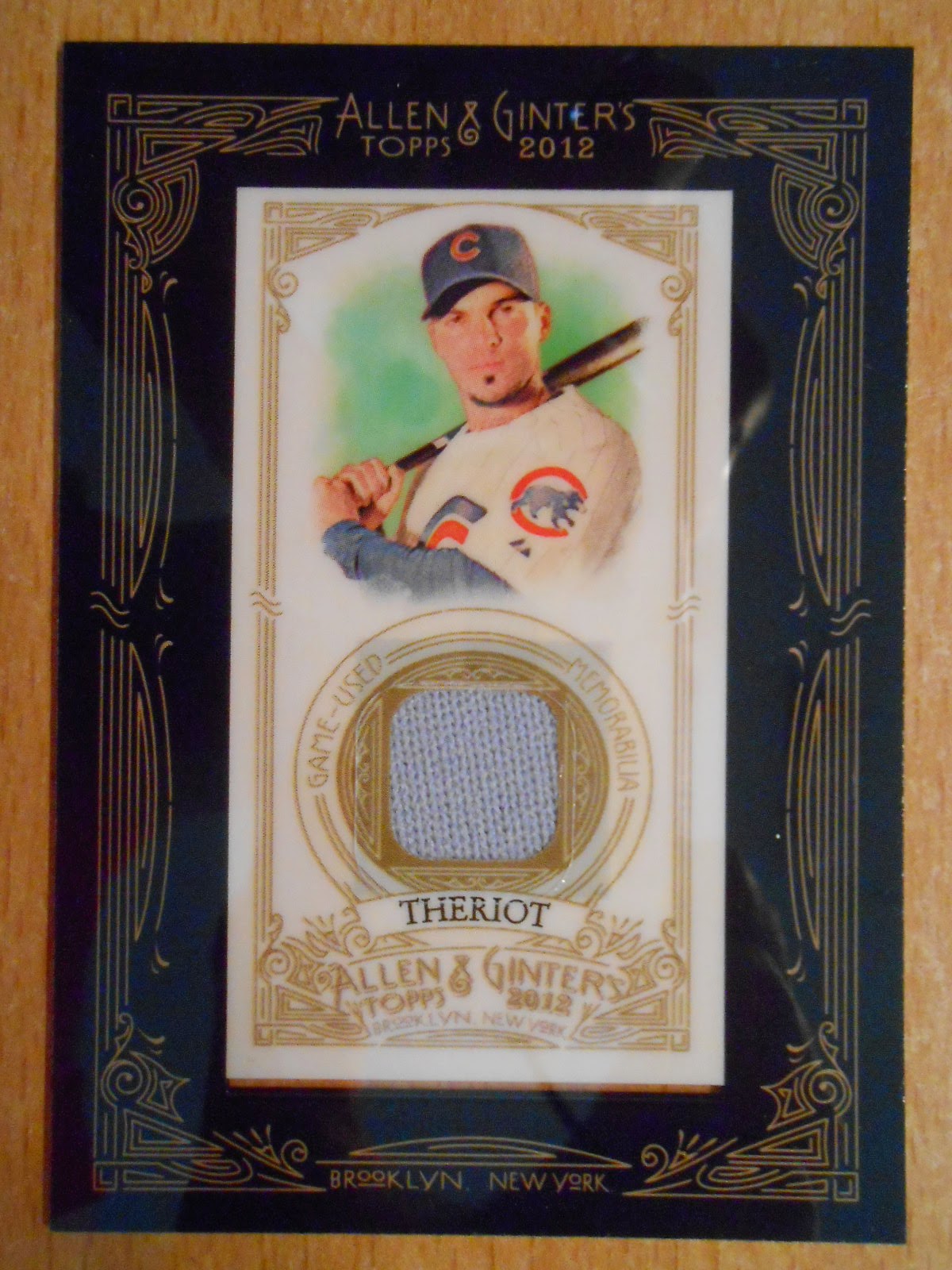 Captain Chaos!  I'm not sure if that's Neal Cotts legitimate nickname or just the one that I surreptitiously dubbed him. 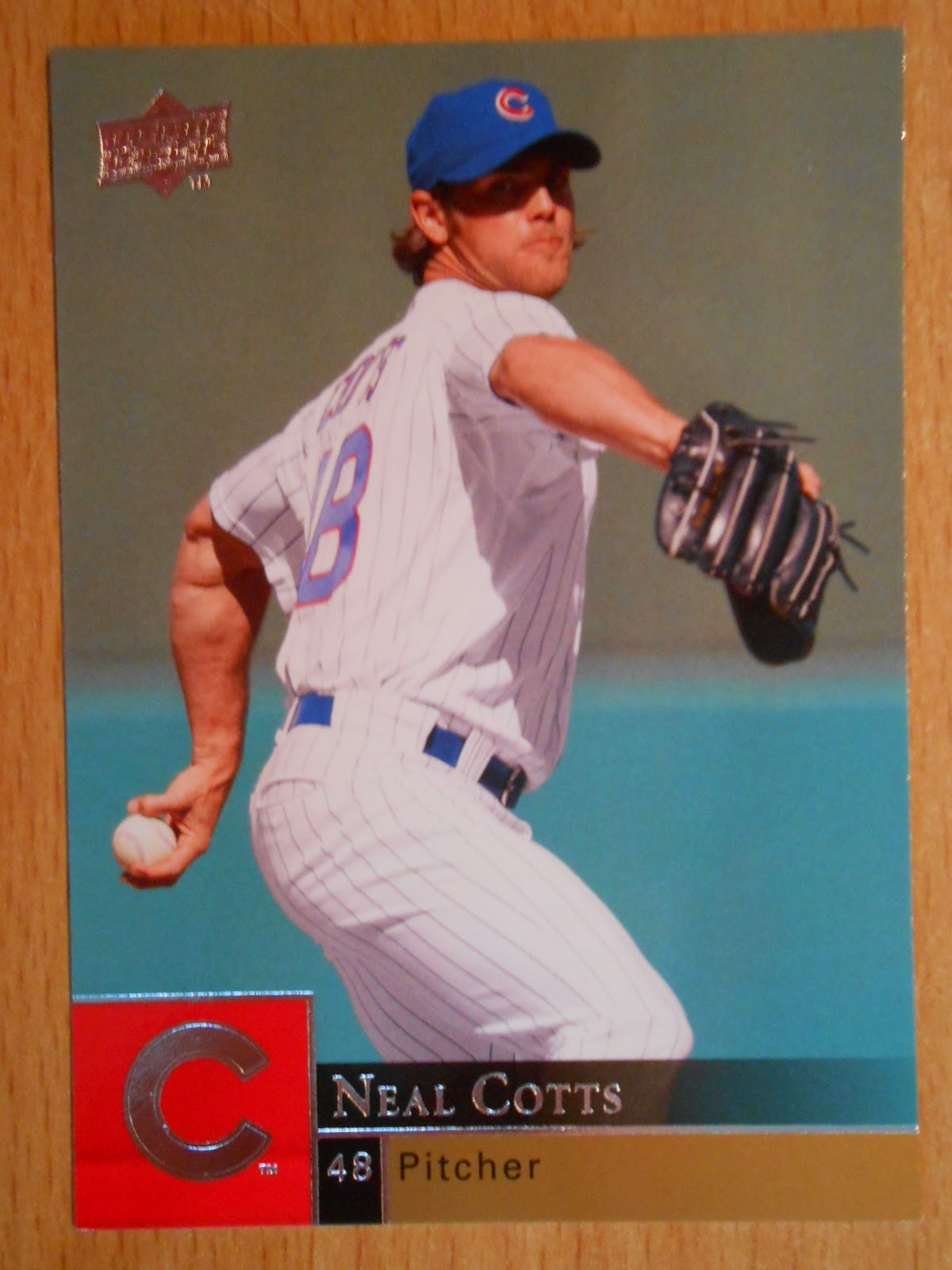 Hall of Fame Cubs!  I love that I'm getting some 2014 product in trade, because I haven't been purchasing much. 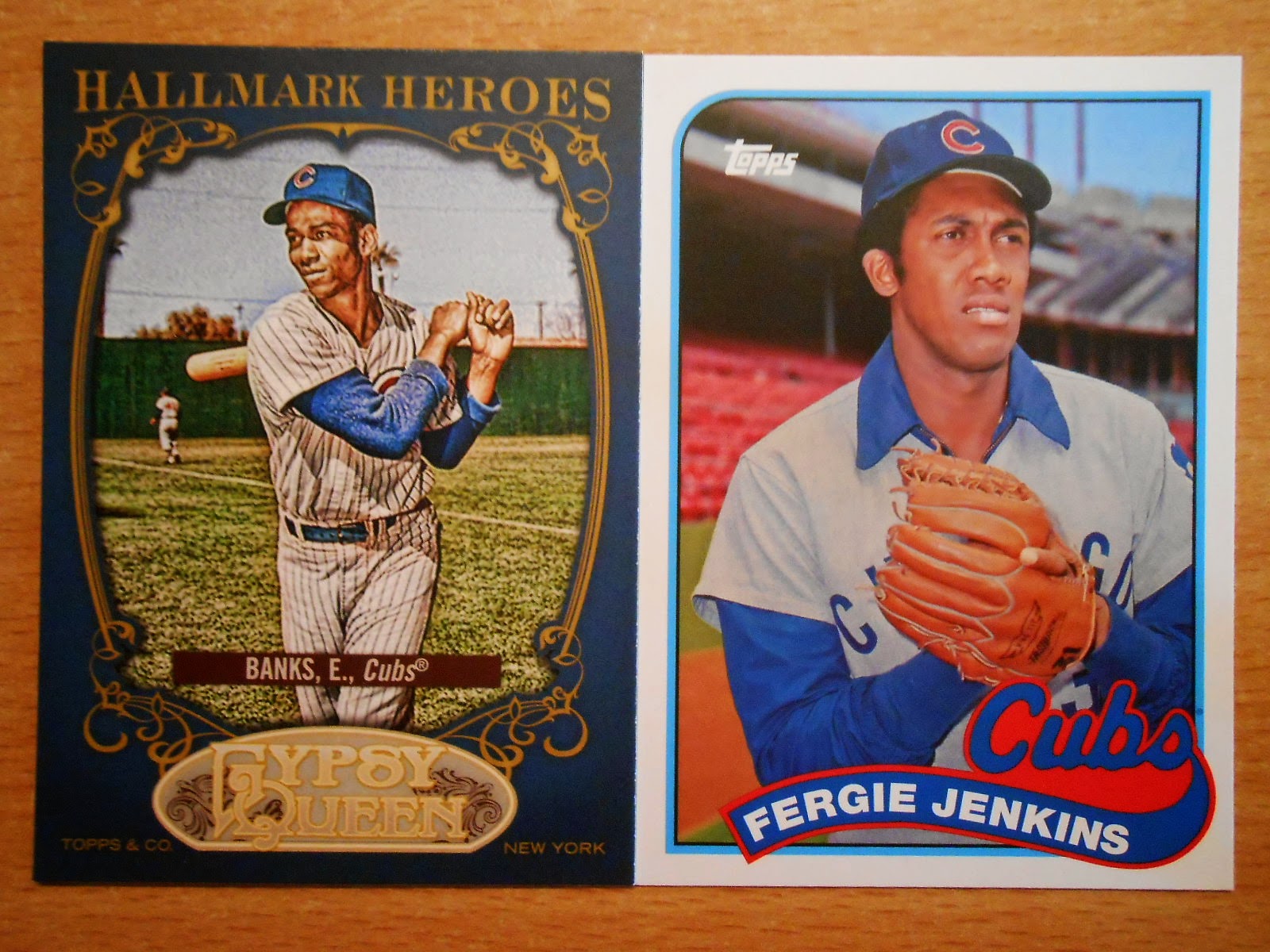 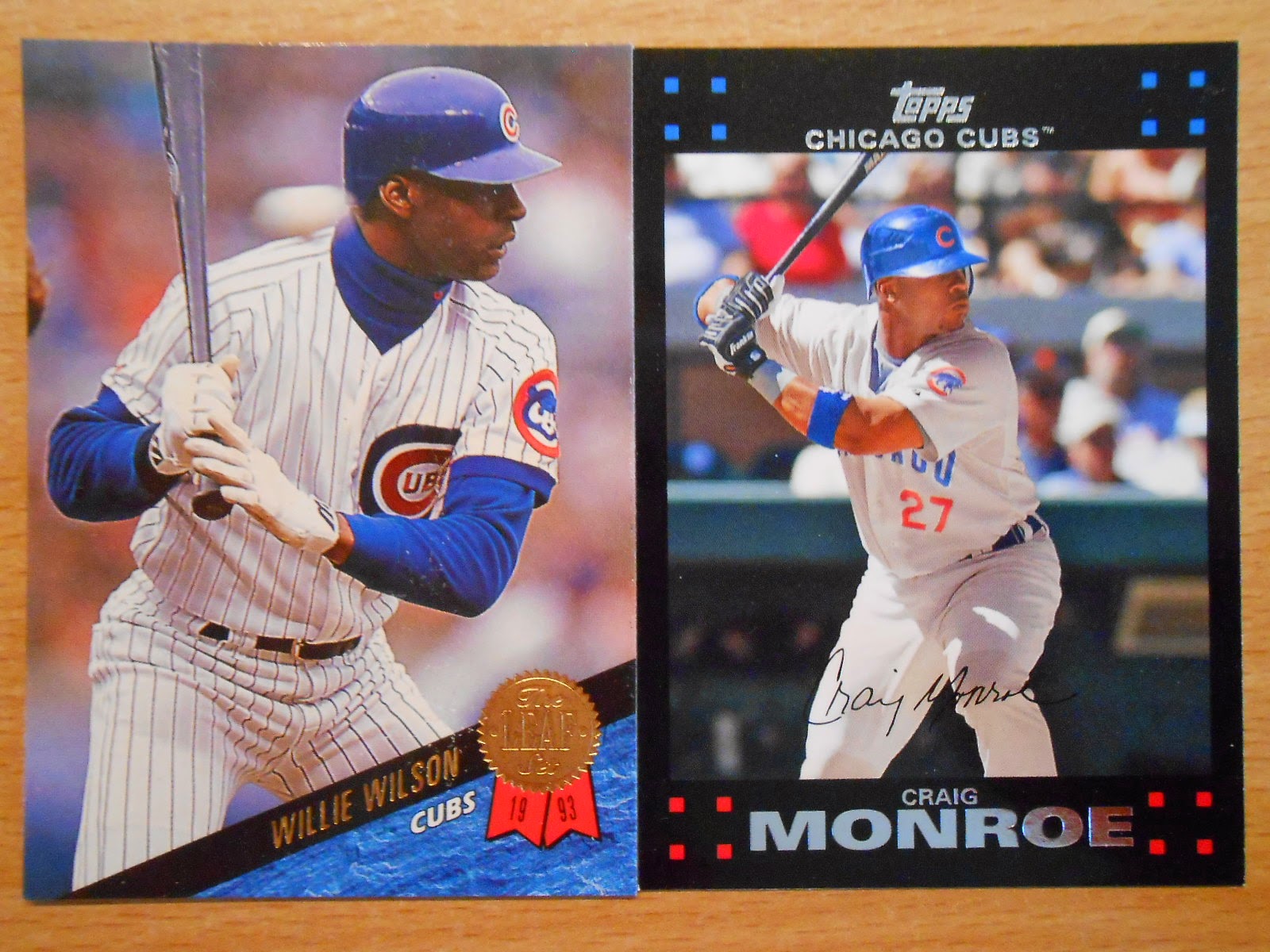 All-Star Cubs! Power hitters are very infrequently pictured baserunning or sliding, but that's what we have in these gems. 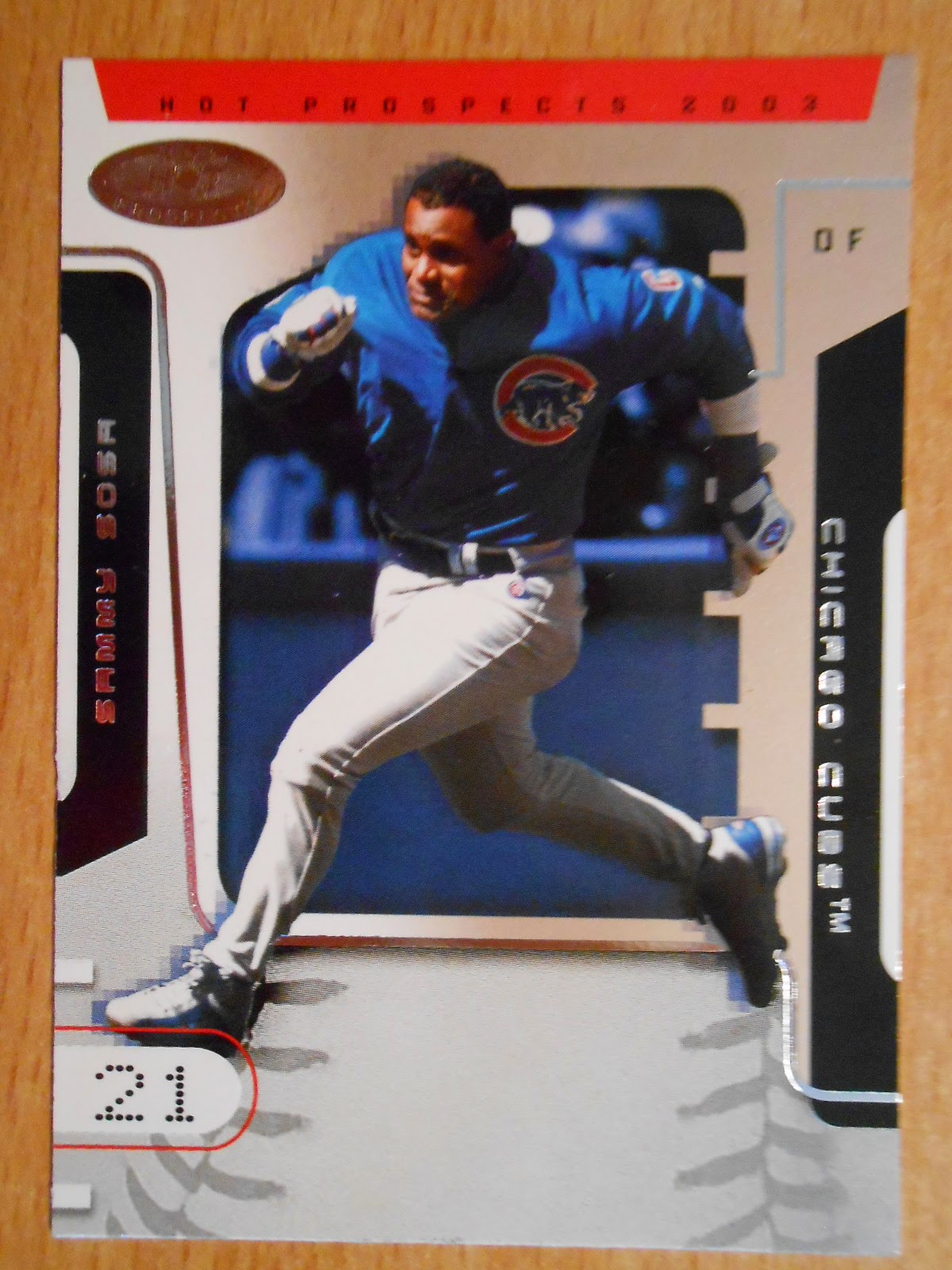 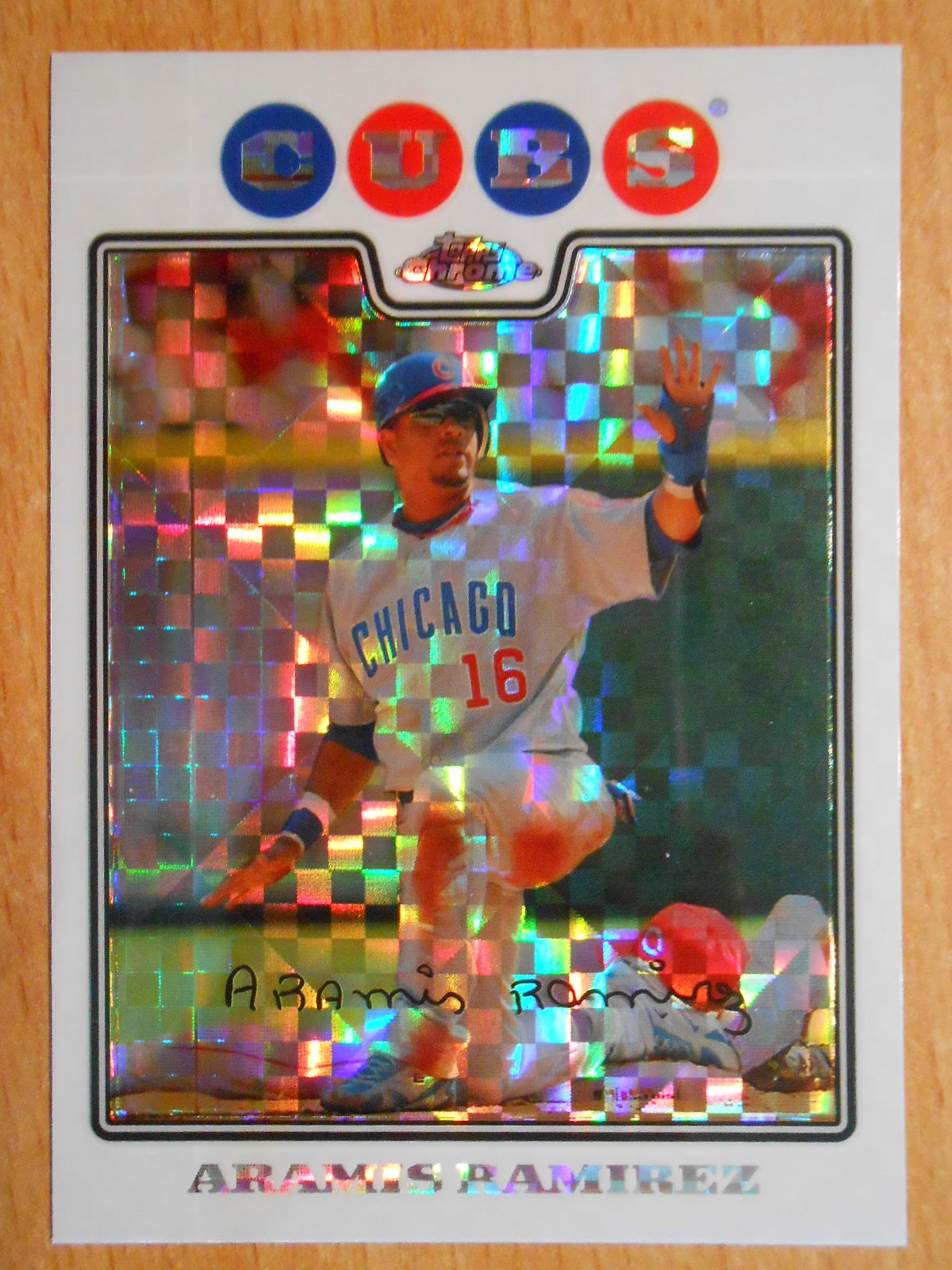 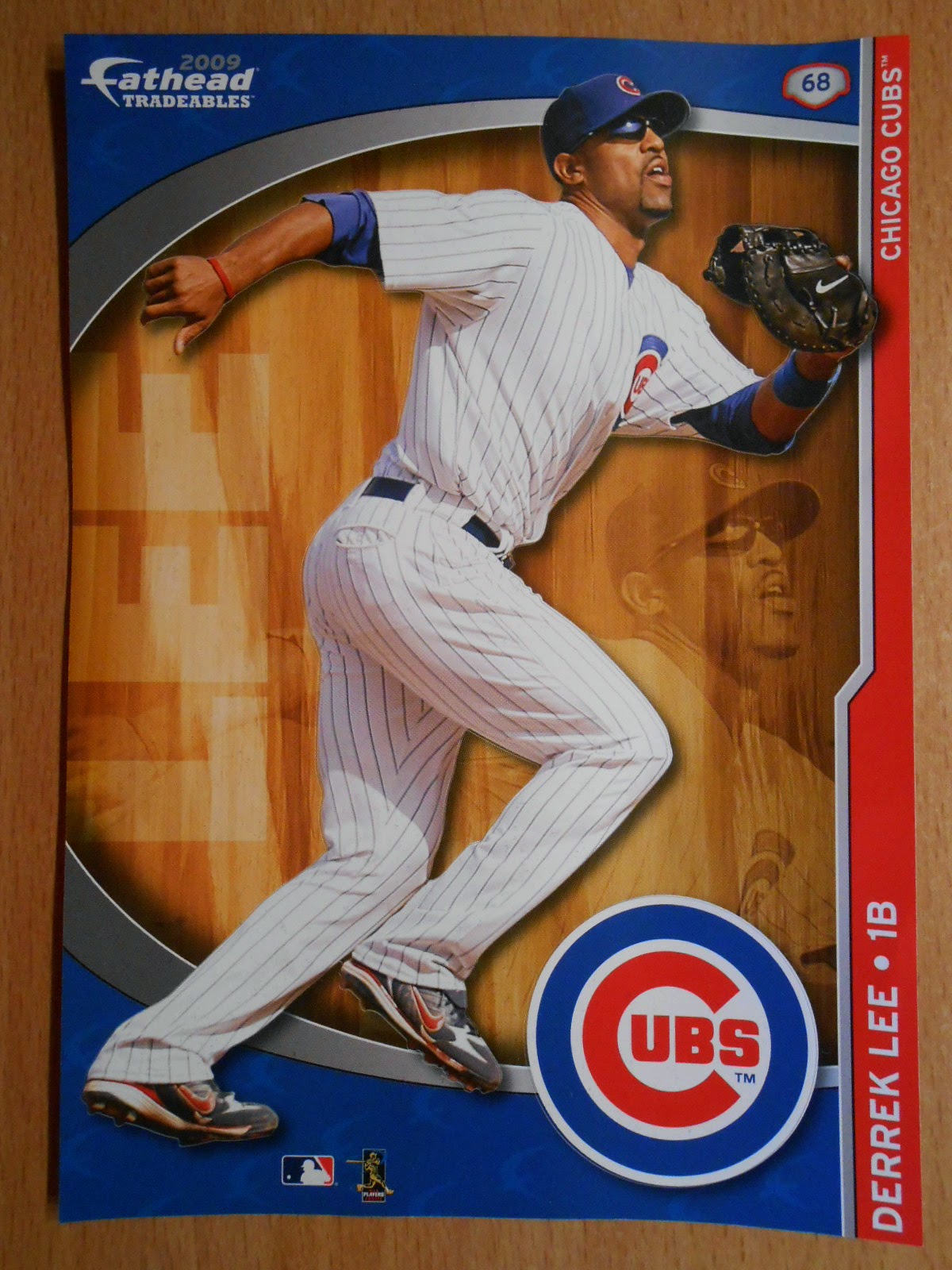 A nice Cubs prospect in Pierce Johnson and a Kosuke Fukudome card for my player collection! 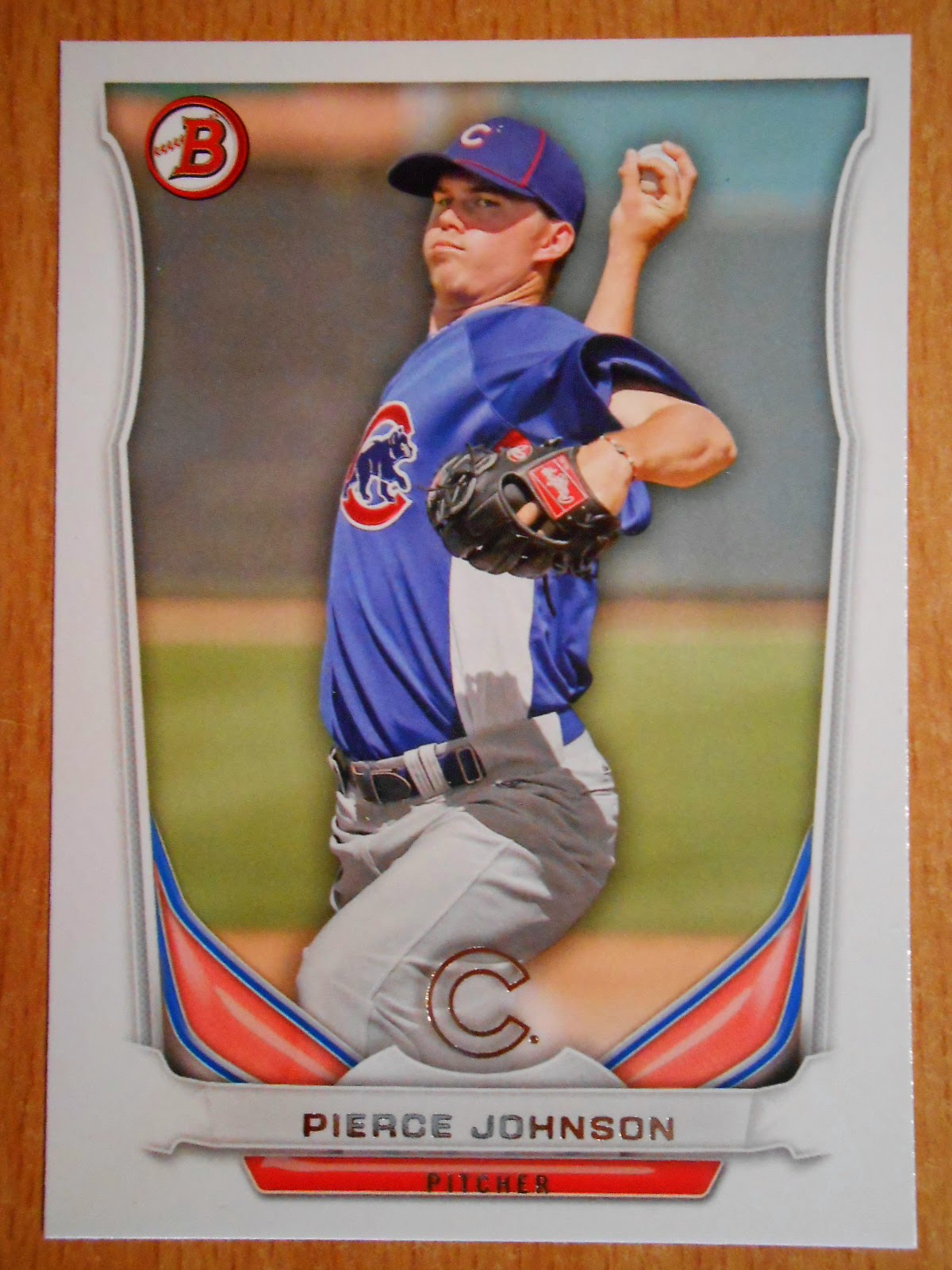 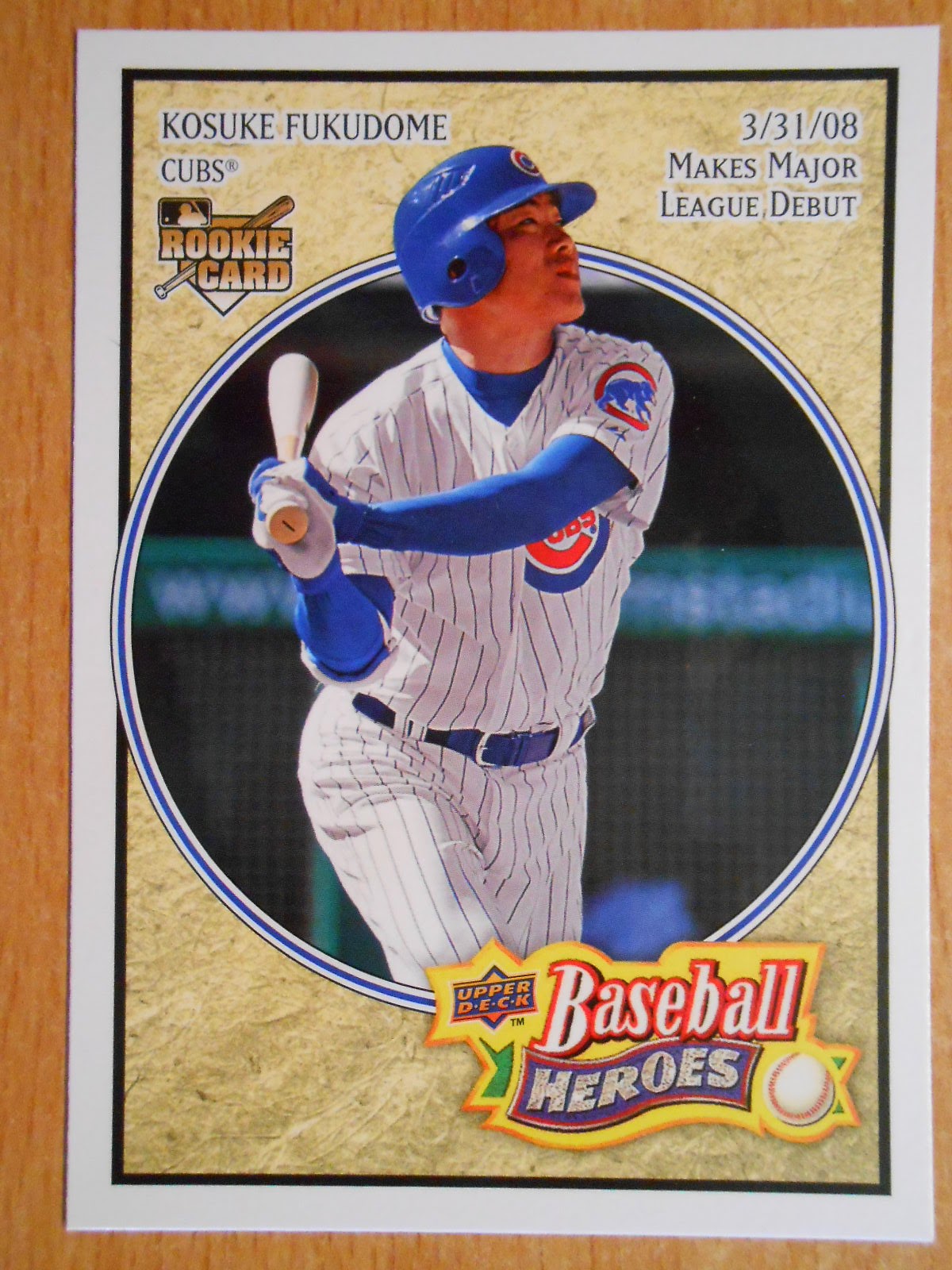 And lastly, a couple of Cubs core position players who are both having nice bounce back seasons. 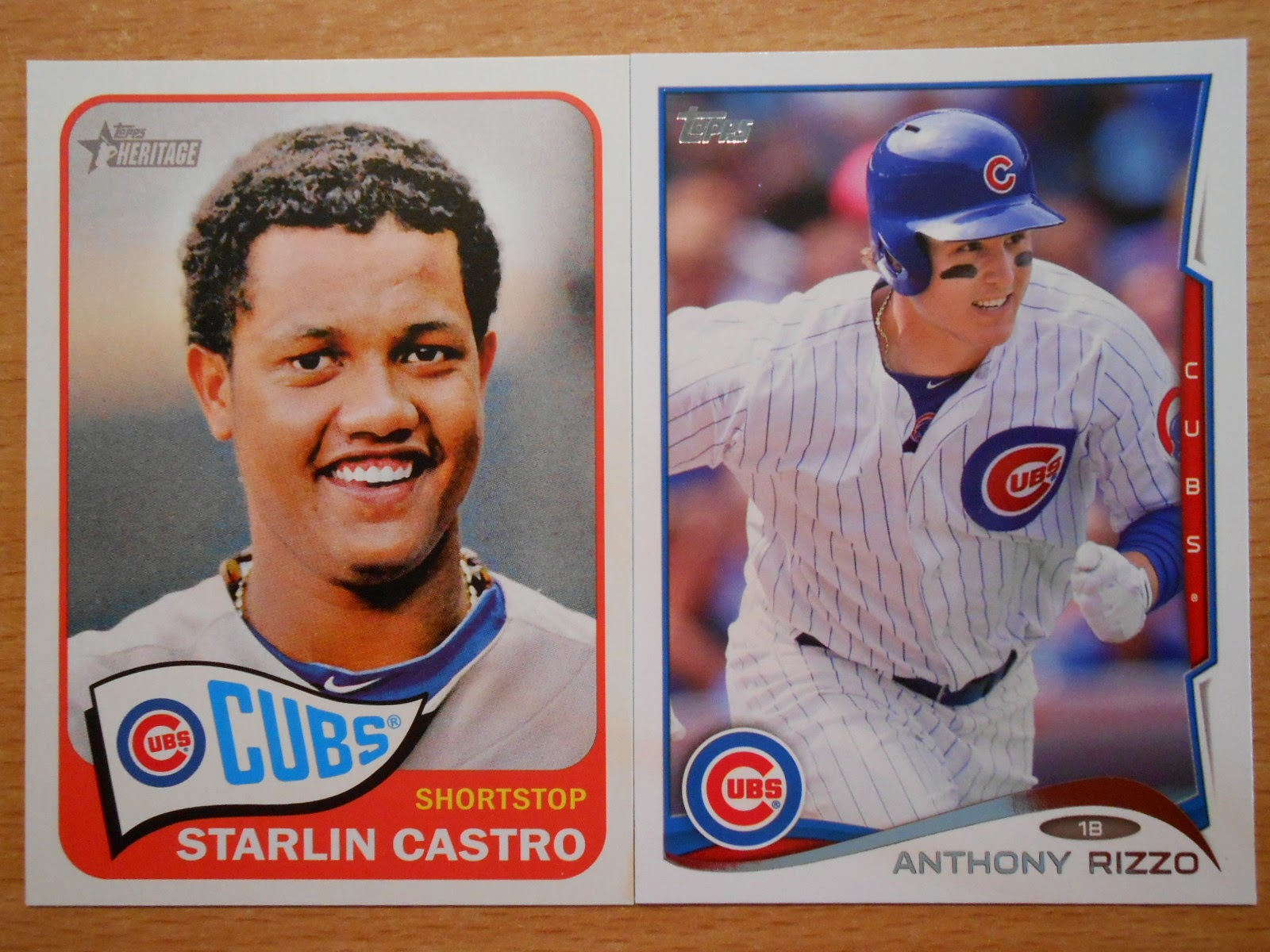 Castro has already eclipsed his homer total from last season and is nearing his RBI total.  Rizzo has is becoming that solid middle-of-the-order hitter that all Cubs fans were hoping for.

Thanks for a great trade, Adam!