Lurking around on Listia

I've built up a nice stash of credits by "selling" off cards and collectibles that don't really have much importance to my collection.

Over the last month I've won five separate one-card listings and I'm pretty happy with the results.  I'm even happier that I have a ton of more credits to burn! 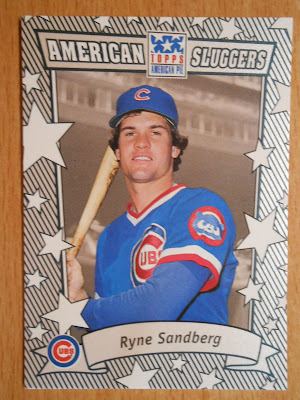 This card captures a young Ryno on some really thick card stock.  I like how he "pops" from the sepia toned ballpark behind him.  I could do without the stars and stripes border though.  Bleh.

The next card was a promotional giveaway and is number 15,138 out of 20,000.  Not exactly rare, but not an easy find either.  I'm always happy to add a new Kerry Wood to my personal collection. 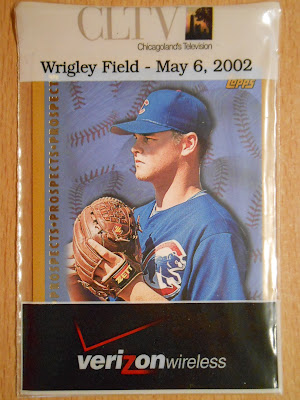 Speaking of Kid K, how about a 2000 Pacific Vanguard card of the flamethrower?  The background looks black to me in person, but it appears navy blue in the camera shot.  I've always had trouble telling navy from black for some reason.  So it goes. 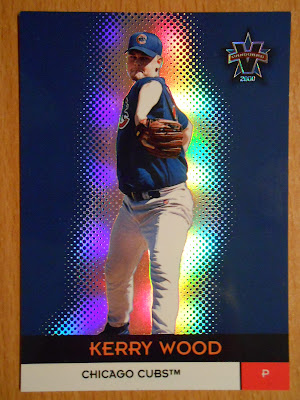 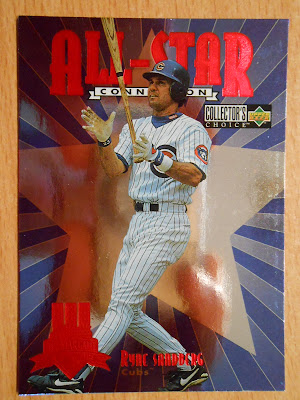 I apologize for the reflection of my hand and camera in the shot above, but I'm really happy to add another shiny Sandberg to the collection.  Nice!

Speaking of shiny.  Oooooh!  This 2004 Upper Deck Diamon ProSigs Hall of Famers card puts refractors to shame.  My only complaint is that it's more purple than blue, but the shininess certainly makes up for it! 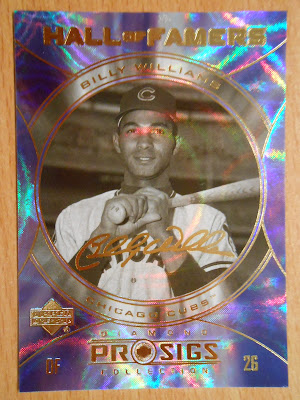 The back is a bit more toned down than the front, but how could it not be?  Oddly enough it captures Billy's last five years in the big leagues.  That's a little different. 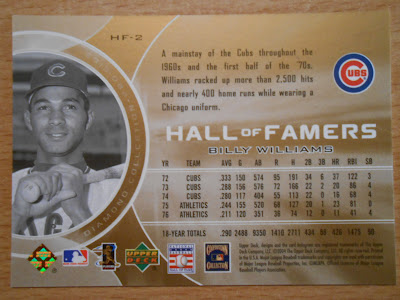 Well, that's all I have time for as I'm off to search for more Cubs cards on Listia.   Thanks for visiting my blog!