A loss for them, a win for me. 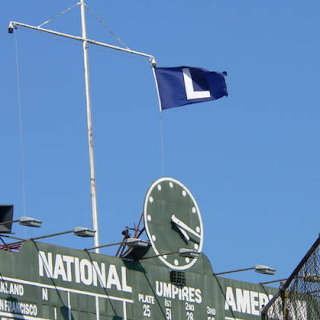 My wife and couple we're friends with made it to Wrigley Field this past Saturday to see the Cubs take on the Reds.  The Cubs held a 4 to 2 lead heading into the eighth inning behind two Alfonso Soriano two-run homers.

I was half expecting Larry Doyle, from Major League, to come over the public address system and yell, "Ball twelve!  He's walked the bases loaded!"

Nope, Marmol plunked the next hitter on the hip to load the bases.

I haven't seen a victory by the Cubs at the "Friendly Confines" this spring in three attempts.  In all, the home team doesn't have a victory in five contests.

On a positive note: I won the battle with the hood fan above the range in the kitchen!  The fan's thirty year old speed variation dial wasn't working properly.  So, I replaced the fan speed control dial, the light switch, all the wiring, and the light socket.  Everything works like a charm now! 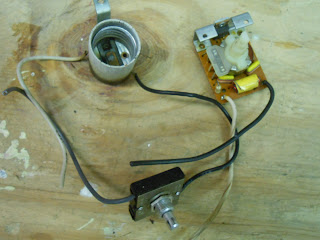 I figure that maybe those things are just like headlights?  When one goes, the other one isn't  too far behind, right?