Leveling Up My Olson Game

My first time through the hobby saw me pick dozens of Gregg Olson and Greg Olson cards. Since then I have added some Karl Olson and Matt Olson cards to my collection. To this point I've only cataloged my Karl Olson collection, because ... well ... vintage is cool!

Last week a major Zippy Zapping of a package arrived in my box. Originally, I thought it was the Sportlots order I was waiting on, but once I saw the return address was from the east coast I became very intrigued.

Where on the east coast?  Hmm, I think the contents of the package will answer that one for you. 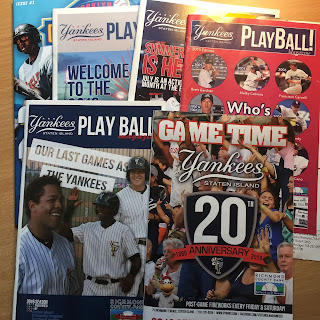 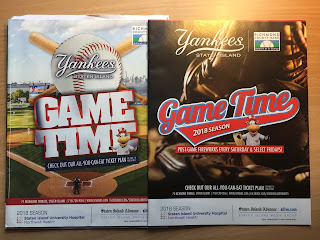 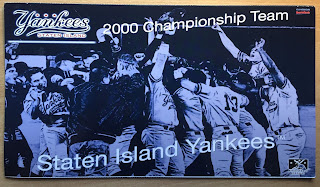 Hey, the inside holds a uncut team set from the 2000 Staten Island Yankees Championship team! 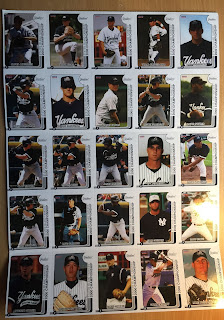 Odds and ends from the SI Yankees: 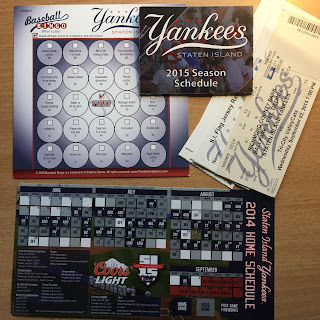 All of this was a huge head scratcher for me. I love minor league baseball, but I'm not a Yankees guy and I've never been to that part of New York.

Then I found this gem in the middle: 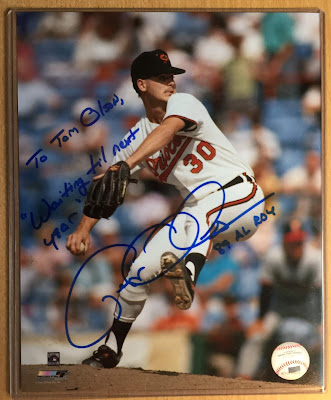 The SIY promotional items served perfectly as a cushion for this gem of an auto to safely travel my way.

Here's the certificate of authenticity: 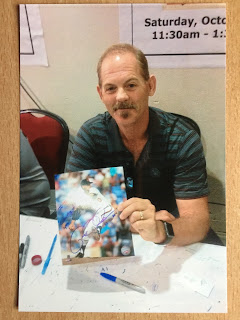 This Zippy Zapping also comes with a pack of cards: 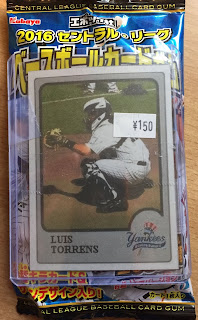 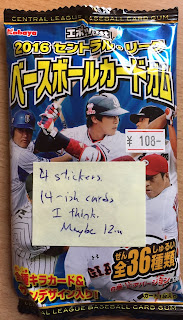 A pre-rookie custom of the best catcher ever graced the top, but underneath I have the clues I need.
It looks like I need a couple of packs if I'm going to do a Pack War. Maybe I'll buy a pack or two of Update and see if I can't luck into a base card of The Vogelmonster. LOL