Bump and Run to the Rescue

Trevor runs the Bump and Run Football Card Blog and his latest PWE really helped me out. 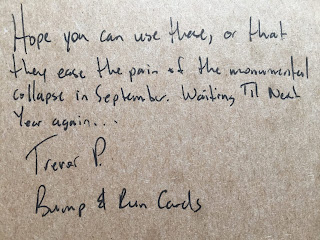 As his note describes, the Cubs were absolutely dreadful in September, but the Northsiders aren't the only Chicago team struggling of late. My Bears were abysmal on Sunday and I think it's safe to say Trubisky is not the answer at QB.

Thankfully, I saved this PWE to open during the game on Sunday and it helped to take my mind off of the Bears' anemic offense.

I built the master set of the inaugural Big League offering, but the design of the second run didn't really do it for me. I'm glad some of the Cubs singles are starting to trickle in.

This might be my favorite year of Topps Fire so far. 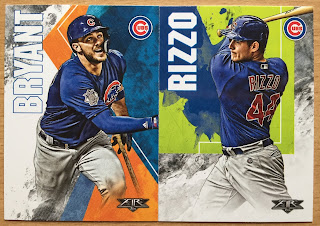 I like the bright colors in the background and how the blue matches with the Cubs uniforms. 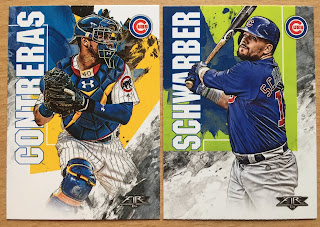 Ooooooh!  A shiny Fire parallel of El Mago, the new cover boy for the next edition of MLB The Show. 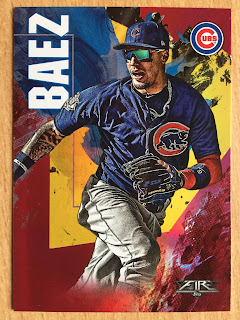