Back in January I went to a card show over in Bloomington and I met my second blogger, Mike, face-to-face. He's the proprietor of WaxPackHero and he had a table set up at the show. We talked for a bit and I convinced him to set aside some Cubs for me and I would pay for and pick them up at the next show I attended. Well, life gets in the way... blah-blah-blah,,, and here we are six months later and I've missed the last six shows.

Mike kindly reached out and offered to mail what he had been stockpiling for me. Like most bloggers I've interacted with he's a super generous dude. When I inquired about wiring him some money through Paypal he flat out refused.

I know how to play that game! His return address was on the package and I'm heading to Orland Park this weekend for their big monthly card show. <Insert maniacal laughter here.>

On to the cards!

Personally, this '94 Oscar Mayer Superstar Round-Up was the highlight of what I've declared to be a quite excellent trade package from Mike. 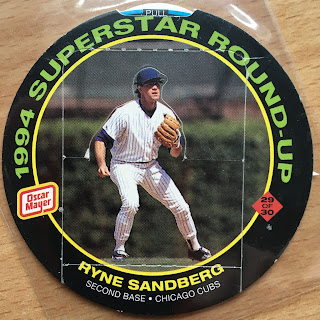 1994 was the year I stopped collecting, thus my Sandberg cards start to dwindle by the numbers from there on. This is my 880th different Sandberg in my PC, and probably the oldest one I've added in recent years. 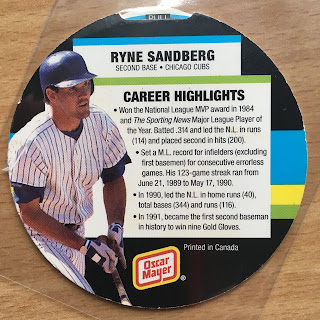 Heritage!  Woot! I've received a few of these in trade packages, but I need all three Kris Bryants and quite a few others! The 1969 design is one of my favorites. 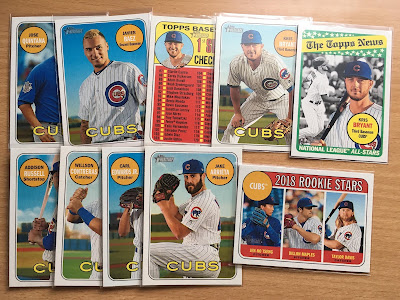 Another Sandberg and a sweet action shot of the flashy Javy Baez. I believe these came from the Silver Packs in this year's Topps flagship. 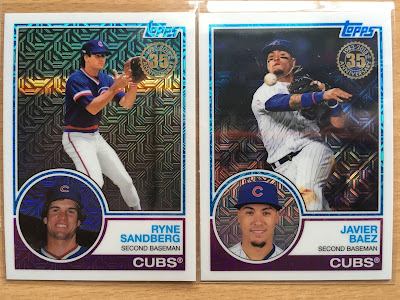 Topps Series 1. The Ian Happ card is my favorite of the bunch. 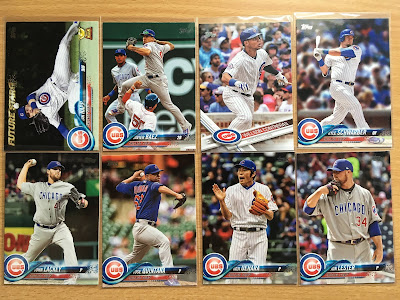 Here's my first look at the recent release of Bowman Platinum. I had reserved judgment until now, but after finally getting one in hand I've decided the black background just doesn't do it for me. Different strokes for different folks. 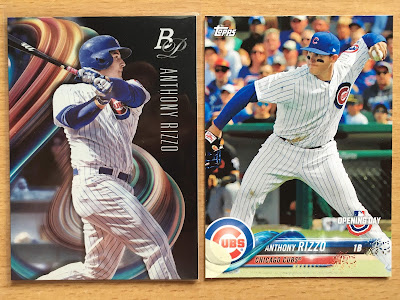 I forgot Mike and I had talked about my 1980 set back in January. Three Hall of Famers! 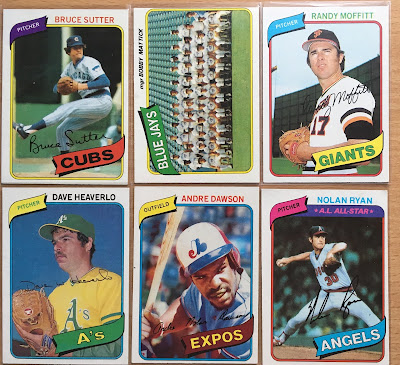 I only need two cards now to finish the set and you better believe I'll track them down this weekend.