I'm still working on a couple of 2012 sets and I can't wait for the 2013 products to be released, but there aren't any rules against me buying random packs from time-to-time. 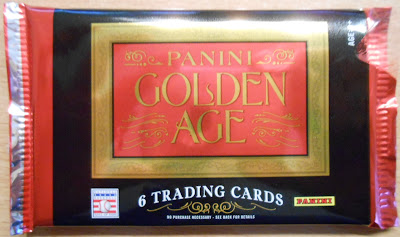 I was at my local card shop recently and picked up a pack of 2012 Panini Golden Age.  This product is not listed on my go to baseball card website, baseballcardpedia.com, so I wasn't really sure what to expect.  Let's bust in:

27. Johnny Weissmuller - The back of the card states that he played the role of Tarzan in 12 movies.  He won five gold medals in swimming, one bronze in water polo, and 52 U.S. Championships in swimming.  After retirement he modeled swimwear and his face was featured on the Beatles' album Sgt. Pepper's Lonely Hearts Club Band. 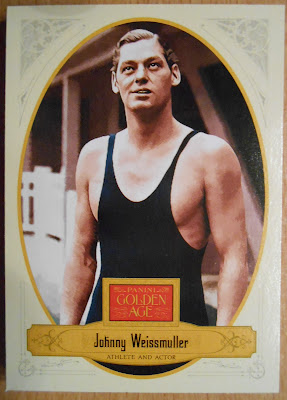 So, apparently, this isn't just a baseball card set.
Good looking card of someone whose feats make me feel less than accomplished.  Advantage: Johnny W. 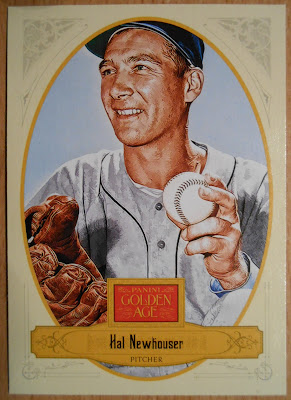 128. John "Blue Moon" Odom - Blue Moon, a long time Kansas and Oakland Athletic, is listed as a pitcher and pinch runner on baseballreference.com!  In 1972 he played in 59 games, but he only pitched in 31 of them.  My guess is that he was used as an occasional pinch runner in the late innings in between starts.  Sounds like a good way to fully use the 25 man roster, at least until your ace pitcher pulls a hamstring trying to go from first to third on a base hit. 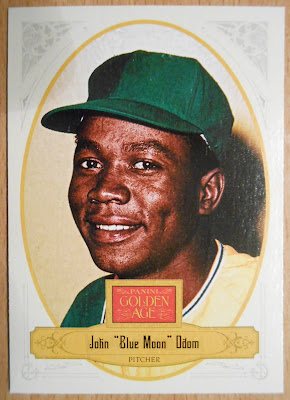 126. Nolan Ryan Mini!  I love me some Ryan Express and I'm also a pretty big fan of minis.  This pack is officially a "win" and I'm not even all the way through it! 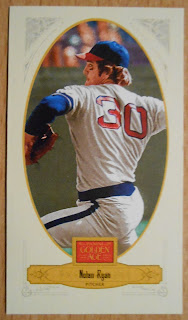 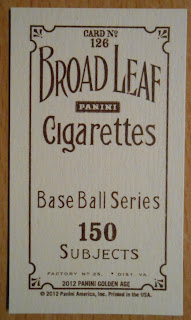 56. Curly Howard - One of the original Three Stooges.   Heck yeah!

I love the write up on the back of his card. Take a look! 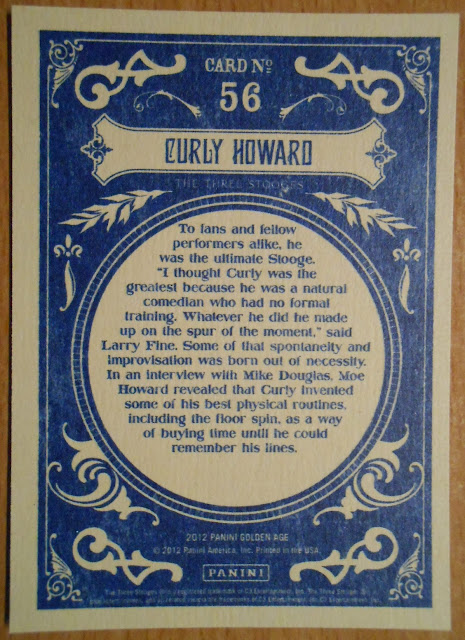 14. Swede Risberg - Swede was he shortstop in the 1919 World Series for the infamous Black Sox.  Swede played during the 1920 regular season, but was later banned for admitting to taking money for poor performance during the World Series.  He batted .080 over the course of 8 games while committing 8 errors in the best of nine World Series.  Yeah, that's pretty bad. Shame on you, Swede. 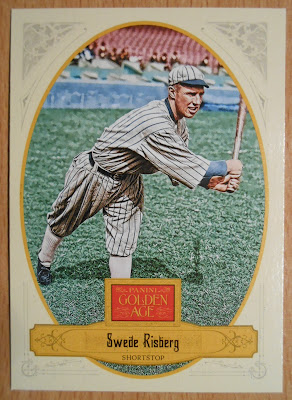 That was a fun an education pack to rip open.  Let's hope for many more during 2013!