Let me start by giving a hat-tip to The Diamond King for coming up with such a great idea for a post. Well done!  This one took more thought than I originally anticipated. There were some close battles and some of my longtime collecting favorites wound up on the outside looking in: Jake Arrieta, Bo Jackson, Greg Maddux, Jackie Robinson and Ron Santo.

For my version of the A to Z Favorite Player Challenge I decided to only use pictures of cards which had previously been used within another blog post. Overall, this plan worked out to perfection except for the the letter U, which is not a card, and Y, which I swiped from the internet because it was quicker than retrieving it from one of my player collection binders.

Without further hesitation, here are my favorite players!

Jim Abbott - What a great story! I enjoyed collecting his cards as a kid and reading about his life as an adult. 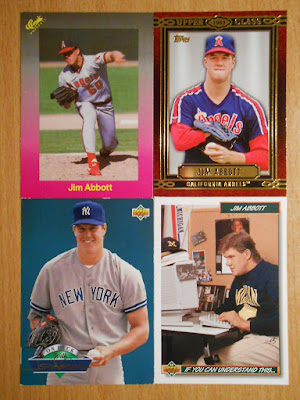 Rod Beck - I briefly considered Ernie Banks, who was a great ambassador for the game and Cubs fans, but Beck was too unique of a baseball soul to pass up here. 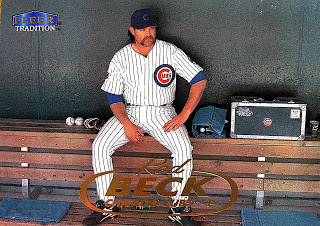 Willson Contreras - I love his fire and skill set behind the plate. Willson is one of four Cubs from the 2016 World Series Champion Cubs who you'll find in this post. 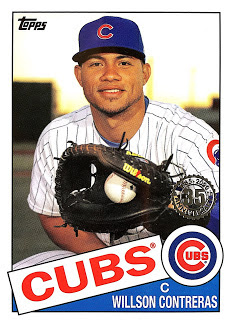 Andre Dawson - I discovered baseball right around the time the Cubs signed Dawson. He and Ryno will always be high up the favorite player list. 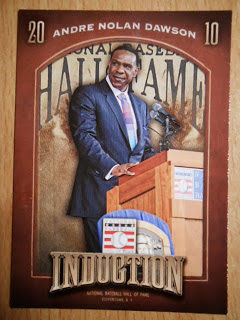 Jim Edmonds - I have a Love-Hate relationship with Edmonds. He's one of those guys you hate because he plays for the other team (Cardinals), but love when he plays for yours. For the record, he was one of my favorites when he was making Superman catches in the outfield for the Angels. 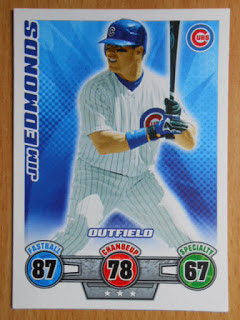 Bob Feller - What a talent and what an unbelievable story to start a career. My sister gifted me this auto of The Heater from Van Meter a couple of birthdays ago. 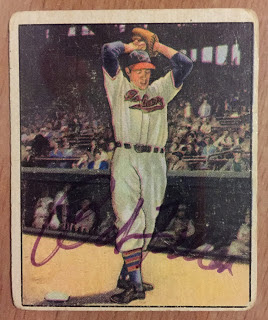 Vladimir Guerrero - Vlad powered many of my early fantasy baseball teams with his uncanny ability to hit anything from his nose to his toes (and more). 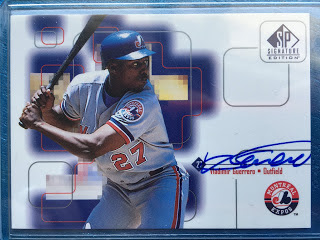 Kyle Hendricks - The Professor! Some of my favorite memes on Twitter are of when Hendricks is excited. (For the those who don't know, he never shows any emotion while pitching.) 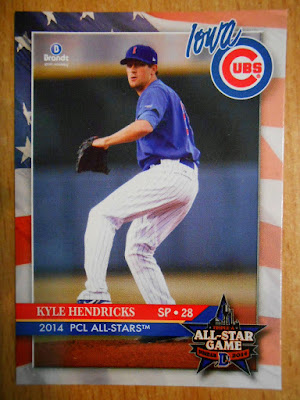 Ichiro - He's arguably the best hitter to ever play the game. Crazy talented and truly a great personality. Randy Johnson - Another great personality and one of the best starting pitchers ever. 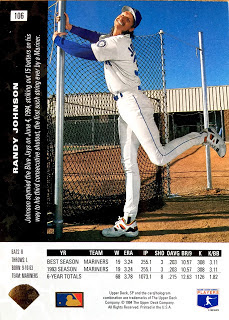 Brooks Kieschnick - I love players with uncommon skill sets. Kieschnick hit and pitched (both with some mild success) in MLB. His 2003 & 2004 seasons with the Brewers are my favorites, but I also have 102 different Cubs cards of Kieschnick. 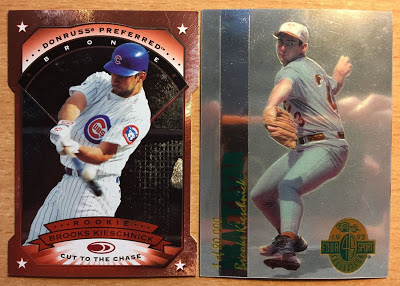 Kenny Lofton - The Cubs traded for Lofton in the middle of the 2003 season and he helped take the club to the NLCS by hitting 0.327. 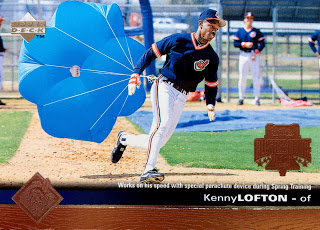 Pedro Martinez - Another one of the all-time great pitchers. 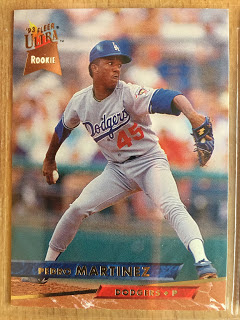 James Norwood - N was surprisingly a difficult letter. James Norwood was another player Theo Epstein drafted (2014) who I had high hopes for developing into a frontline starting pitcher. He now pitches in the Padres organization. Sigh.    His face sums up how I feel about his selection here. 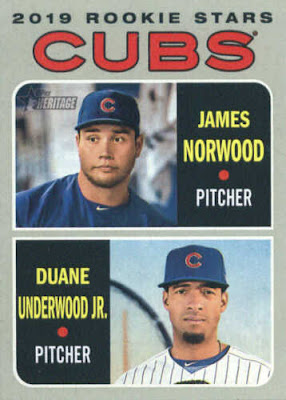 Gregg Olson - I chased all of Gregg Olson's cards during my first run through the hobby. We share the same last name and he burst onto the scene in 1989 by winning the ROY. 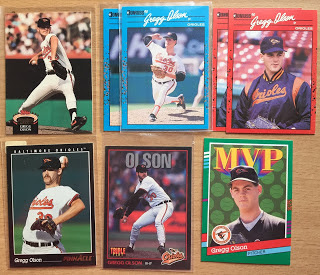 Satchel Paige - He's an absolute LEGEND and probably the player on this list I'd most want to sit down and share a meal with. 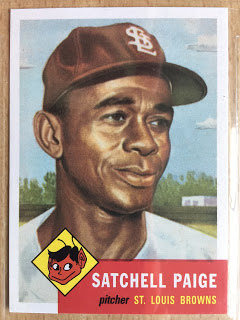 Jamie Quirk - I secured this auto of Quirk at a Cubs Convention. My little anecdote, from a previous blog entry, follows below. 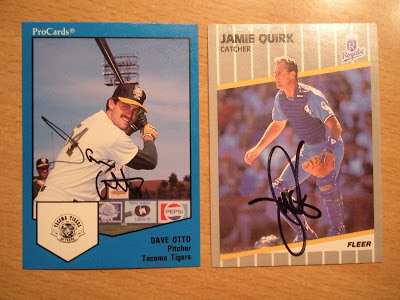 David Ross - The storyline of the player known as Grandpa Rossy will always be one of my favorites from the 2016 season. 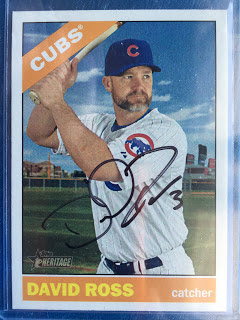 Ryne Sandberg - I have just north of 1,000 different Sandberg cards in my collection. Chasing his cardboard at card shows during my youth with my family made my weekends. 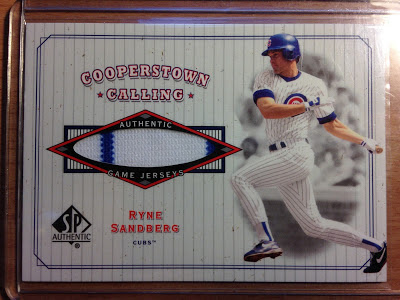 Jim Thome - He's a local boy and a great man. He signed this card for me at a local card show back in 1992. 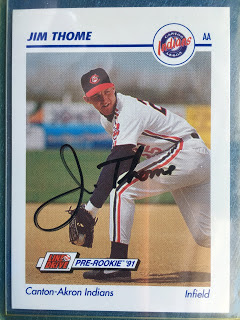 Bob Uecker - I own a couple of Uecker cards, but they have never made it to the blog. So here's a picture of me in the "Uecker Seat" from my trip to Milwaukee. 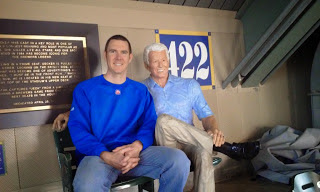 Dan Vogelbach.  Aka the VOGELMONSTER. 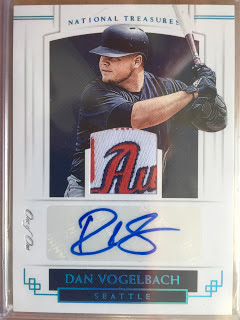 Kerry Wood - Kid K. I still remember turning on the Cubs game in my dorm room, after class, and being entertained and mesmerized as a baby-faced Kerry Wood mowed down 20 Astros.  I currently have 587 different Kerry Wood cards in my collection. 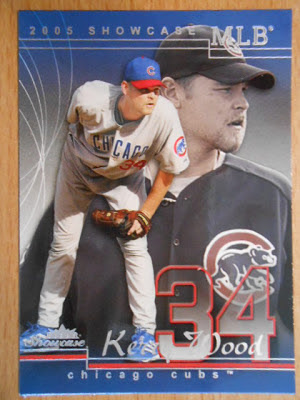 Jimmie Foxx - No special connection here, but I do know this Hall of Famer's nickname is Double X. That has to count for something, right? 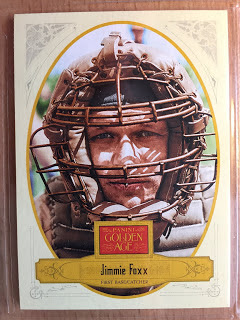 Eric Young - I have a soft spot in my collection for speedsters who donned the Cubs uniform. Ones who smile like EY get top priority. 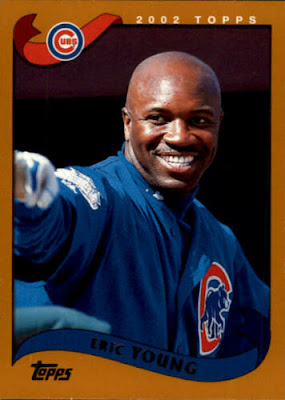 Ben Zobrist - Sometimes card backs are better than fronts. Ben Zobrist and I both played baseball in Eureka, IL during a three year window. His sophomore through senior years at Eureka High School overlapped my freshman through junior years at Eureka College. We never met then and I have bumped into him only twice since. Great man and the owner of the biggest hit in modern Cubs history. 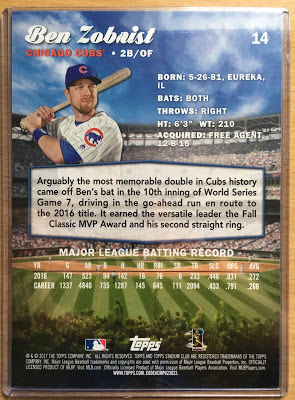 I hope you enjoyed my list of favorites. It was fun to ponder about the names and then go digging for pictures on my blog.  An occasional stroll down memory lane is certainly a nice little pleasure I don't do enough.
If you haven't taken on the A-Z Favorite Player Challenge I would love to see who you come up with.
Thanks for reading!