School is on my brain and prepping for the upcoming school year has been taking up too much of time. So, it was really nice to receive this surprise PWE from Brian yesterday. 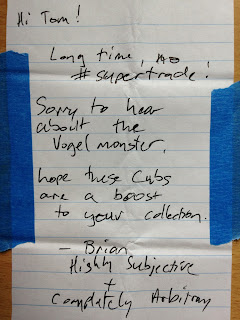 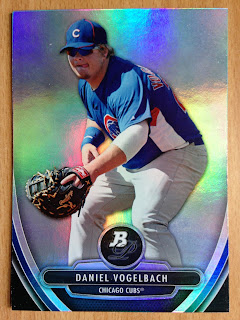 Yeah, I'm sorry about the Vogelmonster, too. Although I am hopeful he gets the call to Seattle in about three weeks after the rosters expand.

Let's see what else the brain-trust of Highly Subjective and Completely Arbitrary sent my way. 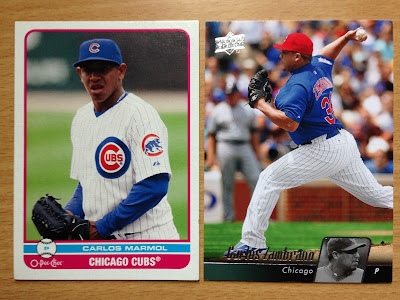 Marmol and Big Z were two of the main fixtures on the Cubs pitching staff not that long ago. They both had a flair for keeping things interesting!

I don't remember much about Bob Scalan other than he was a tall dude. (The back of this '91 Topps Traded card says he was 6'7".) 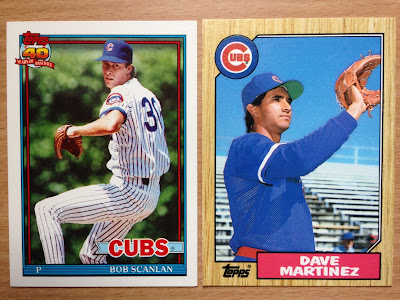 Davey Martinez can be found in Joe Maddon's ear on any given night, which would be his main job as a bench coach I suppose.

Rondell White was probably the last of favorites from my odd Expos fascination. 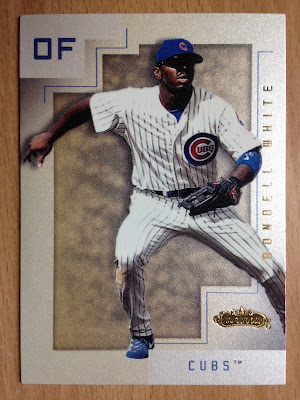 It started with Delino DeShields, Marquis Grissom, and Larry Walker. There were a few others in there, including Mark Grudzielanek, but I think Rondell closed the chapter on that fad for me. I was really excited when he came over to the Cubs!

Elvin Tappe played in six different seasons with the Cubs and amassed just over three hundred at-bats in his career as a back-up catcher. 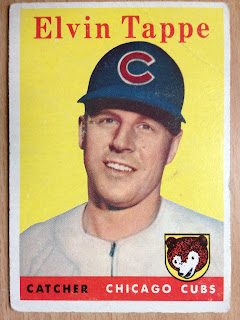 He threw out 40% of all base runners during his career, but he never hit higher than 0.233. I suppose if your reserve catcher is cutting down runners like that, then you'll punt the batting average. No?
Me? Excellent addition to my collection and I love the rounded and fuzzy corners!

The Schwarber fills another hole in my 100 Years of Wrigley set. Nice! 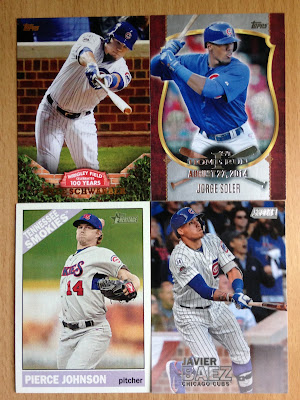 And as an added bonus I think that's my first 2016 Stadium Club base card. I had planned to collect the set, but I changed my mind when I became despondent after it was pointed out the design is similar to a mid 90's Fleer product. 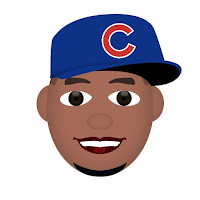 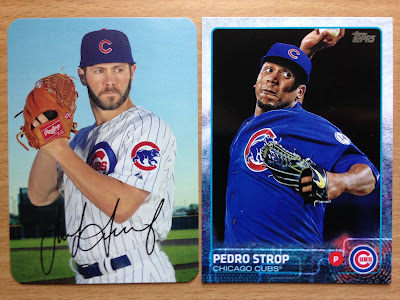 I love me some Pedro Strop.  #HatsToTheLeft


Lastly we have a couple of shiny Cubs...  The Bryant is numbered to 2015, as all gold parallels from last year's Topps set are. 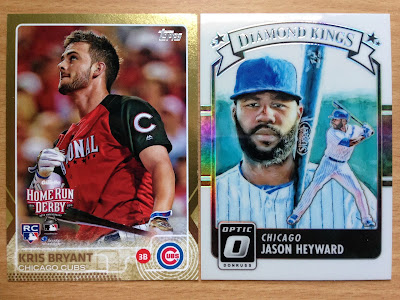 The Jason Heyward is from this year's Donurss Optic set produced by Panini. I had a pack of these I was going to show off, but I'm less enthused by them now. I guess I didn't realize they are basically just like Topps Chrome, but the Donruss version. Huh.  The Jayson Heyward was exponentially better than anything I had in my 4-card pack anyway.