. . . in case you missed Part I of The Leprechaun, please click here.

You'll never guess who was at the door!  It was that little scary Leprechaun.  Yeah, I know, I should have passed on that Talisman to some unsuspecting sap before the creep had a chance to track me down.

He forced his way inside and we rumbled a bit down the hall way, but then I was able to throw him in the shower.  I thought maybe some cold water would cool him off, but then I had an epiphany! 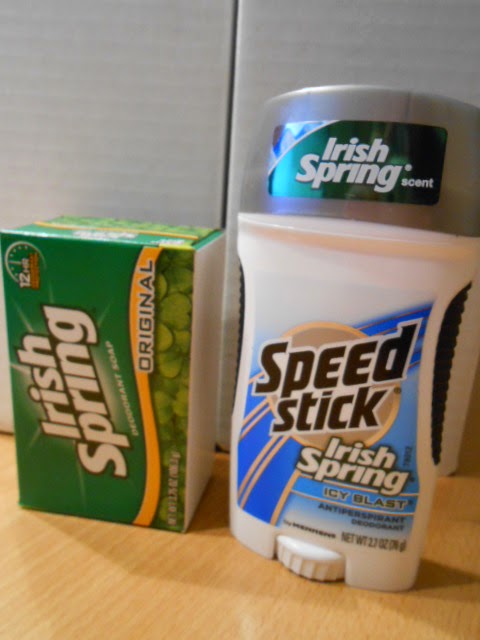 I tossed in some Irish smelling toiletries and few minutes later I was greeted by a new friend! I guess all he needed was a nice shower.  How 'bout that?!? 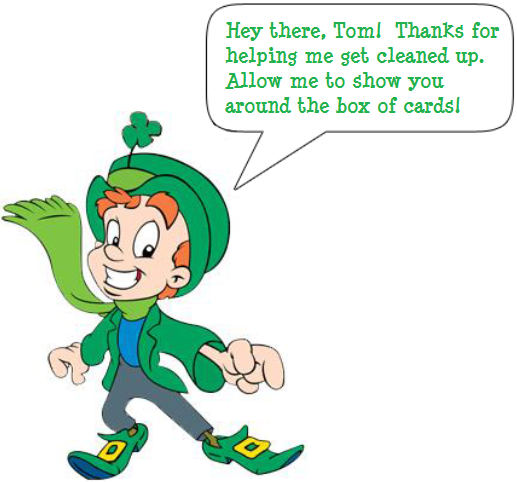 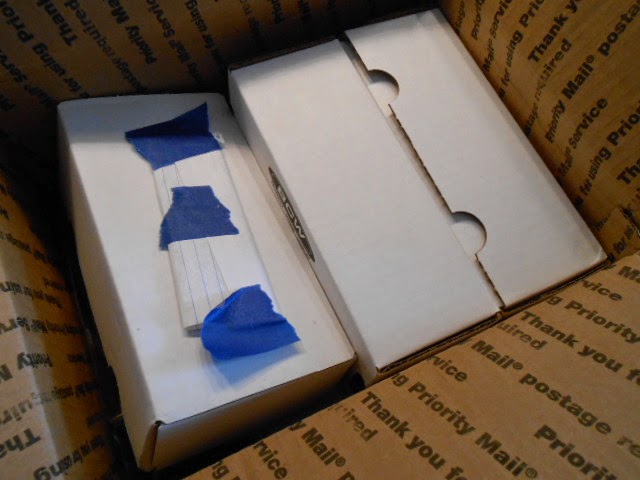 The first thing The Leprechaun did was show the blue talisman.  Except it was no longer blue. 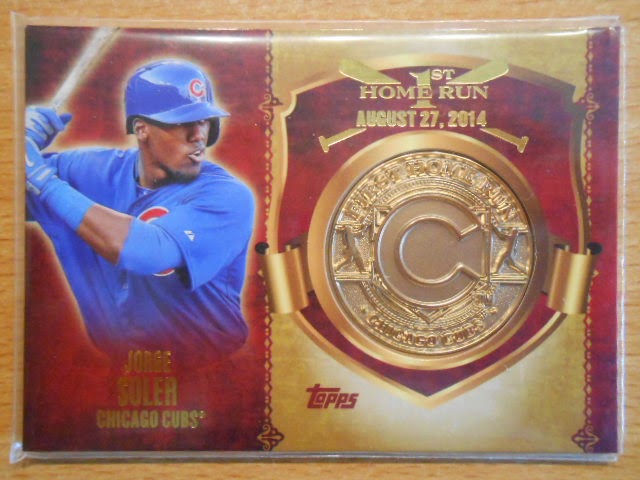 The little guy, who is now all smiles, had turned it into a Topps manurelic medallion card commemorating Jorge Soler's first home run. 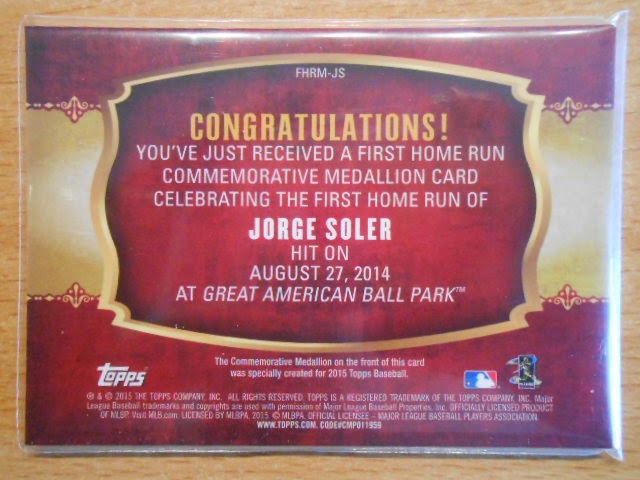 I think this leprechaun and I are going to get along just fine! In fact, I think I'll name him Patty.

Patty seemed to be down with that and to show his appreciation he gave me some Valentine's! 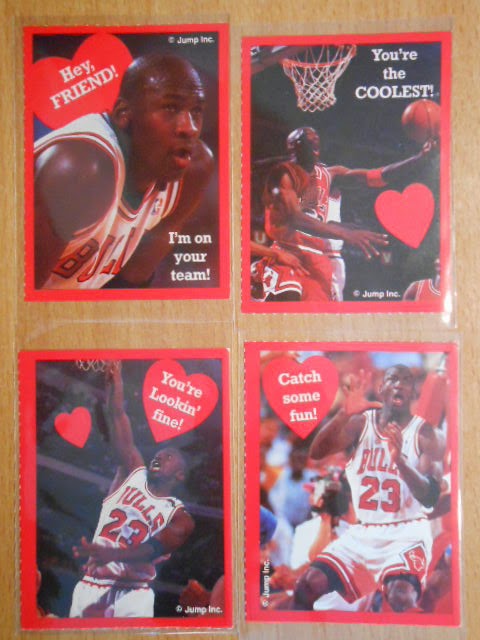 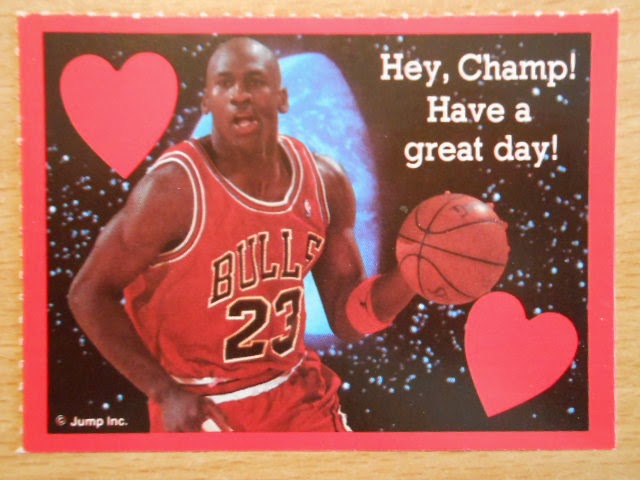 Patty then asked me to re-open the box labeled "1987 Topps Baseball Cards" and I did with some trepidation, but much to my surprise I couldn't find one card from the aforementioned set.  Instead I was greeted by cards that fit my collecting niches! 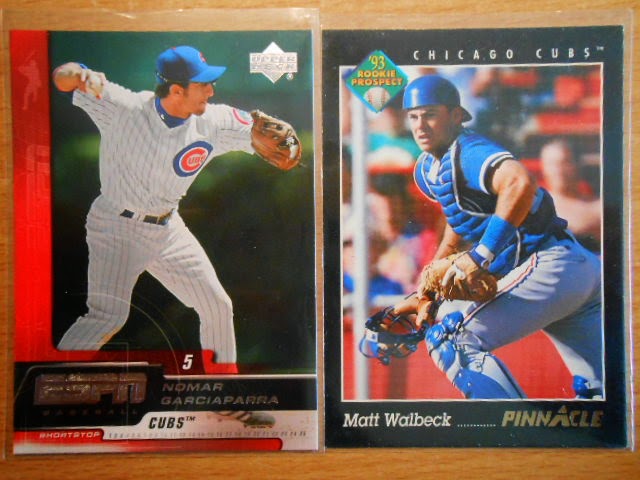 This Shawon Dunston card will most likely find a spot in my Cubs FrankenSet.  It's really difficult for a card to break the top 200 or so, but anything numbered over 300 has a good shot to displace the card in it's spot. 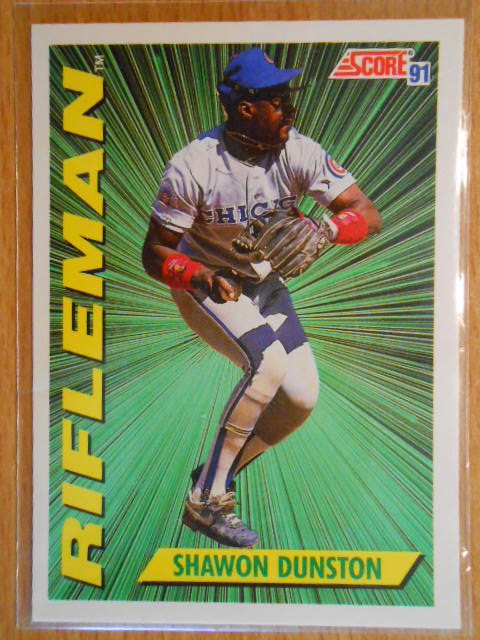 For instance, card #413 in the set is currently a Les Lancaster card from 1990 Score.  Hmmm...  that's an easy decision, the RIFLEMAN is the FrankenSet!

Other contestants who have a chance to enter the FrankenSet are: 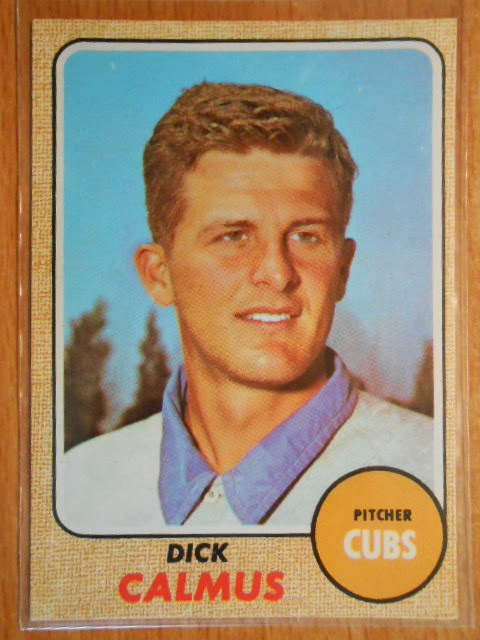 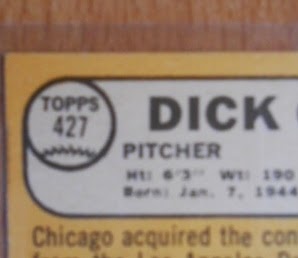 I don't know who Dick Calmus is, but he's got some nice hair. Plus, vintage = gold!  That's what Patty told me at least.

El Pulpo!  Antonio Alonfonseca has six digits on his pitching hand!  He definitely deserves a spot in the FrankenSet for that fact alone! 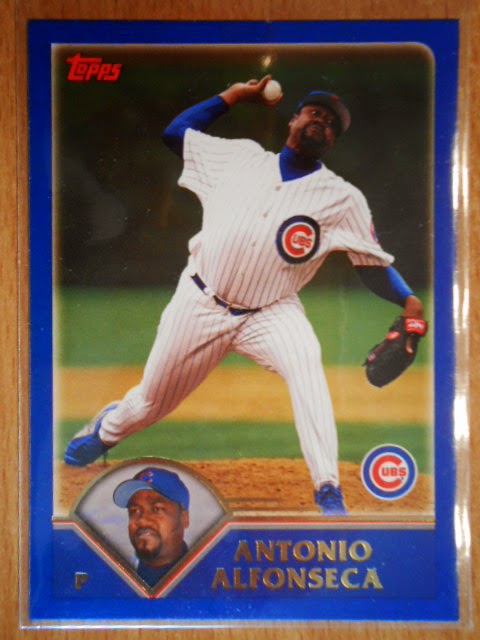 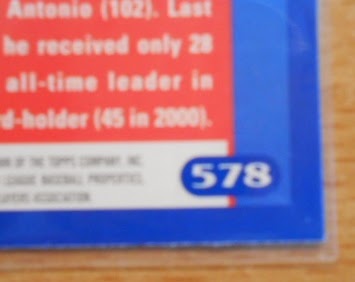 And one of these Warren Brusstar cards will surely make it into the binder as well! 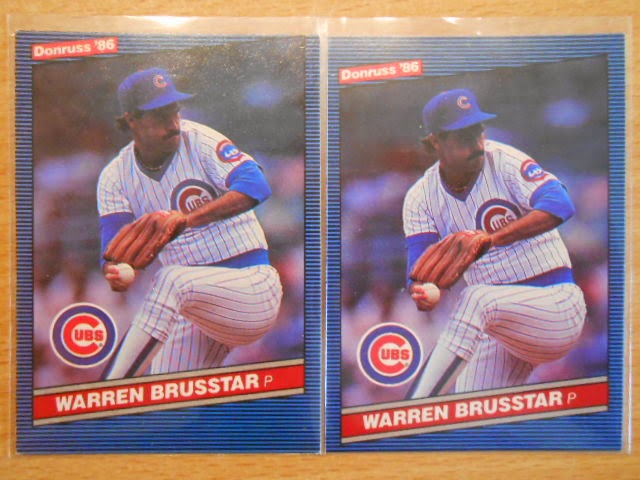 Two isn't really enough to be considered a bipping. Right?  My new friend Patty surely wouldn't do that to me. 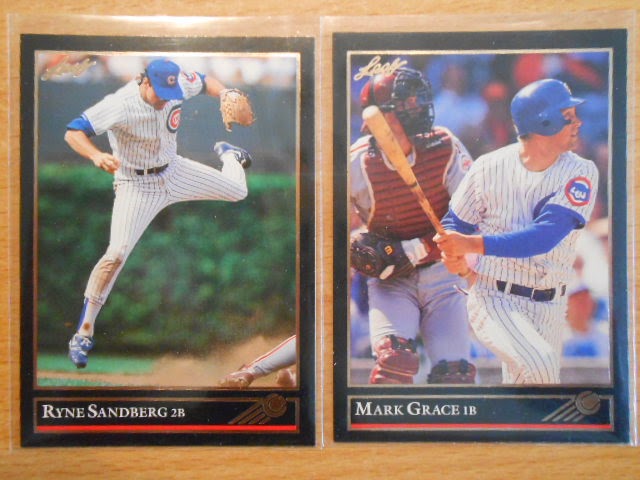 Here's to hoping that Kris Bryant doesn't go down the same career path as Gary Scott, the last third base prospect to really light the Cactus League on fire. 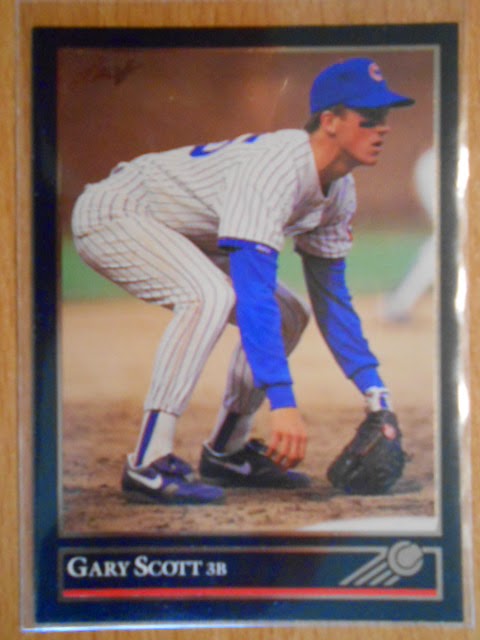 A smiling EY from 2002 Opening Day!  I didn't know that Opening Day had been around that long.  How about that!  Patty not only smells good after his run-in with the Irish Spring, but he's teaching me things now, too! 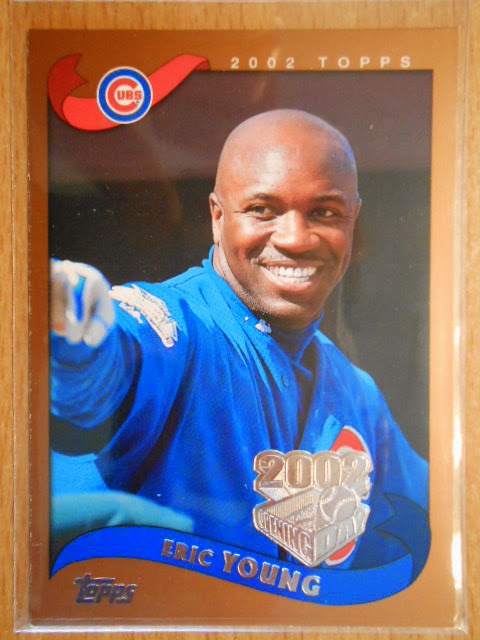 It's nearly two months after the release of Topps flagship product and Patty/JBF is the one responsible for giving me my first base card.  Nice! 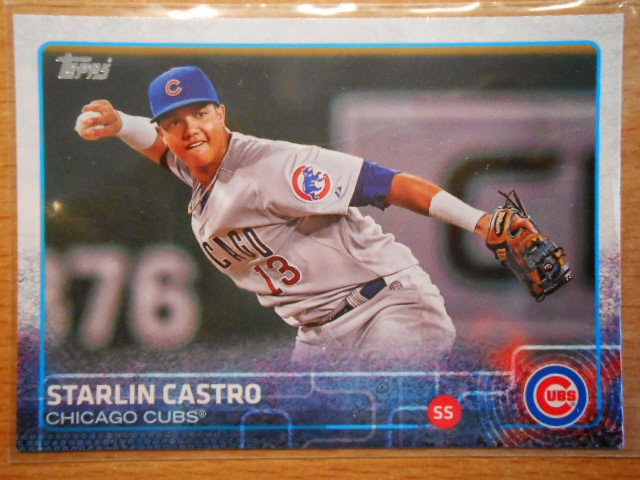 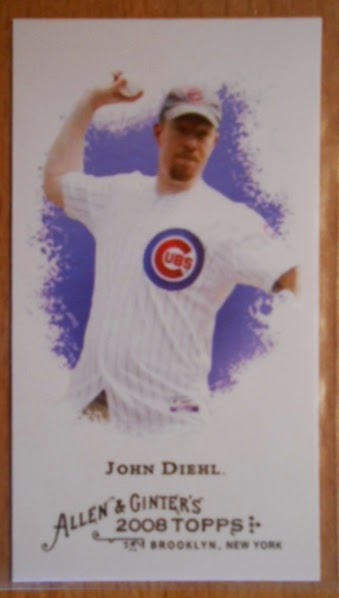 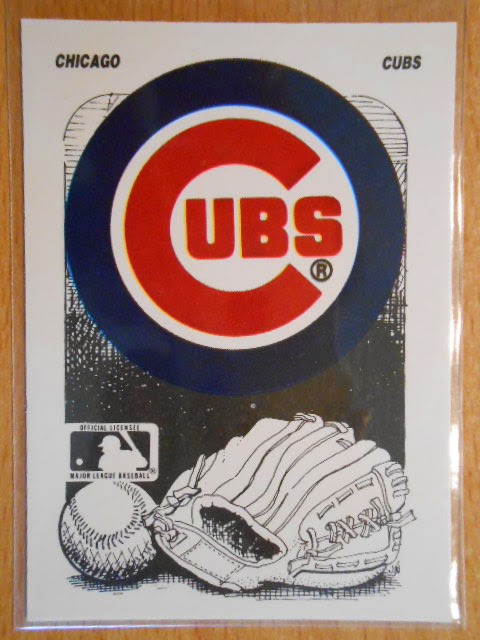 I'm not sure who John Diehl is, and I'm not sure why he's on a mini from the A&G 2008 set, but this card now has a home in my collection.  As does this simple Cubs card with a sticker on the back.  I'm still trying to collect as many of these as I can so I can start each of my Cubs binders off with a page of 9 Cubs cards/stickers/holograms.

Lastly, the silly little leprechaun reached to the bottom of the box and pulled out some toys for us to play with: 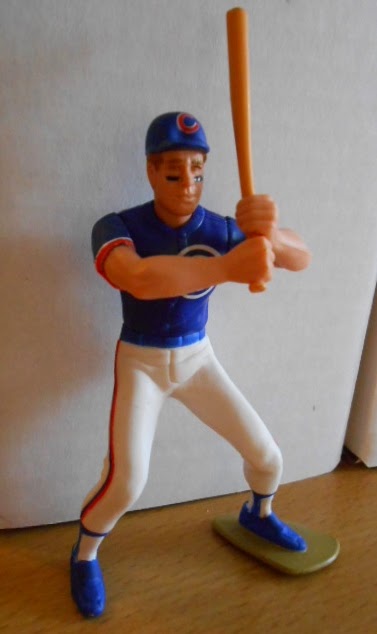 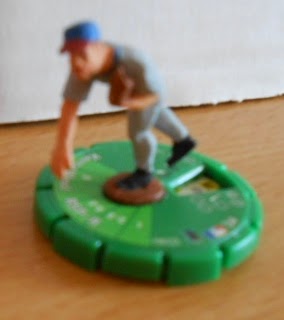 On the left is a Starting Lineup figure of Mark Grace and on the right is a game piece of some sort featuring Kerry Wood!  Nice!