Waiting Out the Rain with Some Cardboard

It seems like the weather in this country is really bizarre as of late. Last week there was talk about record high temperatures in the Pacific Northwest and hurricane Elsa was doing her thing in the southeast. Death Valley hit 130 degrees Fahrenheit over the weekend and here, in P-town, we're enduring a fourth straight day of rain. It's so humid and soggy out. Ugh.

Thankfully the mail came early today and Nick, the generous and brilliant blogger, came to rescue me from my inevitable boredom with a wonderful padded mailer. 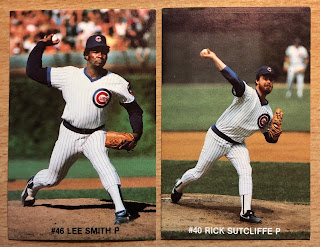 We'll start off with two of Chicago's best pitchers from the 1980's, Lee Smith and Rick Sutcliffe. I believe these are from the 1984 Wrigley Field promotional team set. 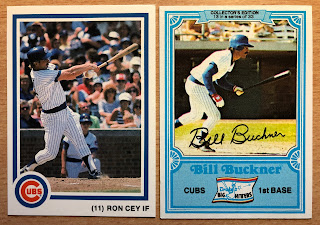 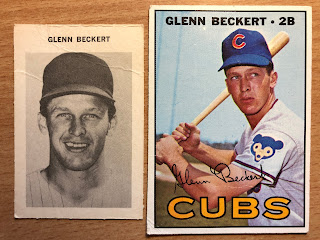 I have a mini collection of Glenn Beckert and both of these will slide right into the binder. The card on the left is from the 1969 Topps Milton Bradley game. Very unique and super cool! 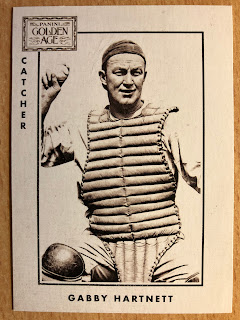 Somehow this 2014 Panini Golden Age card of Gabby Hartnett flew under my radar when it was released. 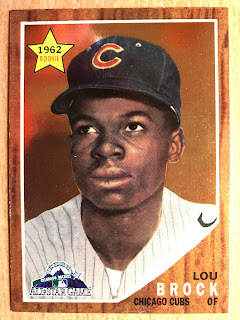 The All-Star game is tomorrow night, and it just so happens to be in Colorado this year. 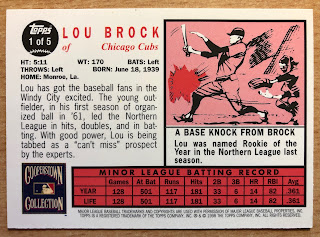 I'm assuming this Lou Brock card was part of a five card giveaway set at the 1998 All-Star game in Denver. 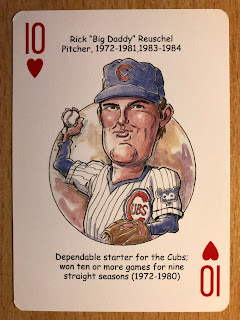 I don't think the holiday parallels are going away anytime soon. Of the three I think I like the 2020 design the best. 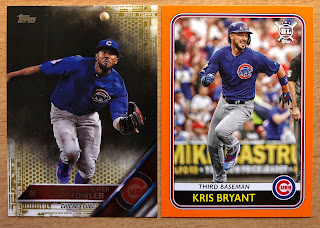 More parallels! Dexter is one of my favorites from the 2016  team and I think the orange border from Topps Big League complements Cubs cards nicely. 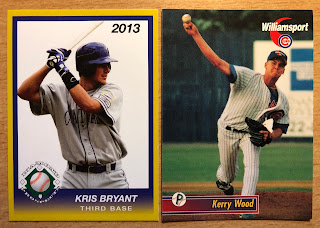 A couple of "pre-rookie" cards of two of the Cubs more popular players, Kris Bryant and Kerry Wood. 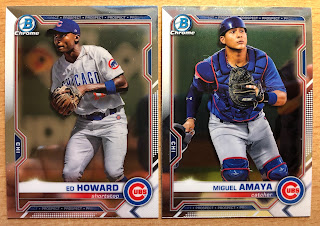 Maybe these two will become household names someday, too? It seems like Miguel Amaya has been talked about forever. Meanwhile, Ed Howard, who was drafted about a year ago, already has his second Bowman card. Crazy how the card world works. 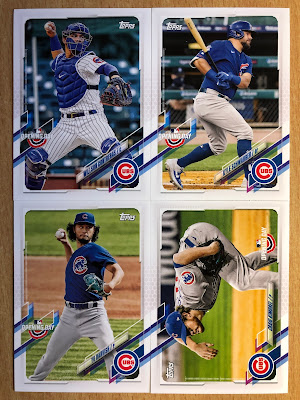 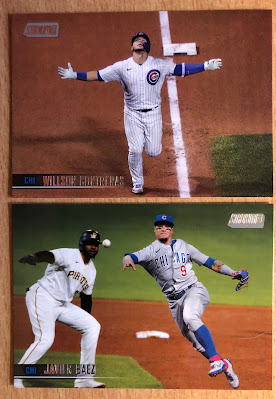 Didn't Stadium Club just come out? And I already have some in hand? The blogosphere works in magical ways!  (And, it goes without saying that Nick is the best!) 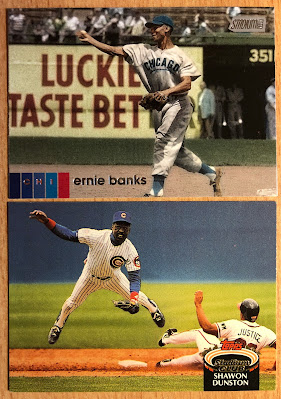 Here are a couple more Stadium Club Cub shortstops to go along with the Baez from above. The Dunston card is an iconic one among Cub fans. 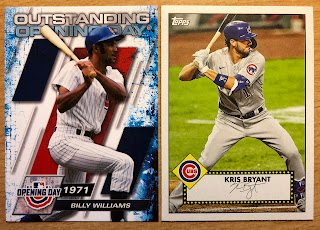 I think I had about four Cubs cards released from this current year before this package. Now, 2021 inserts? Wow! 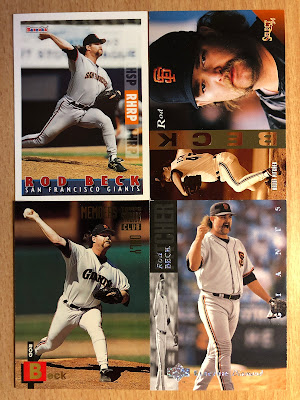 I can always count on Nick to send some cards of the Shooter!  Woo-Hoo! 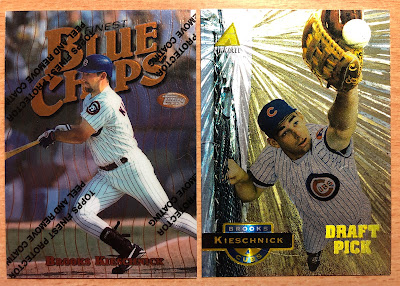 Shiny. Brooks. Kieschnick. Most excellent!  Both of these are dupes for the Kieschnick binder, but now I can fill a couple hole in the Cubs boxes. One of these has a good chance to make the Cubs FrankenSet as well.

One of these cards is not like the others! Or is it?  Buckner and Sutcliffe are both from the O-Pee-Chee brand and with further inspection... 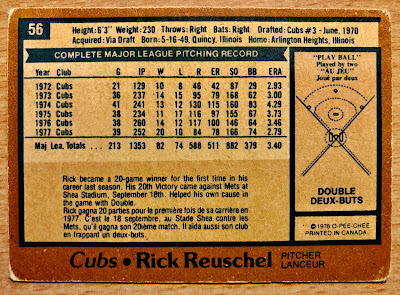 Mon Dieu! So is Rick "Big Daddy" Rueschel!
Thanks for the great assortment of cardboard Nick. Sorting cards is certainly a better alternative to watching the rain gauge slowly fill!
Have a great week and thanks for reading!
Posted by P-town Tom at 7/12/2021 11:11:00 AM