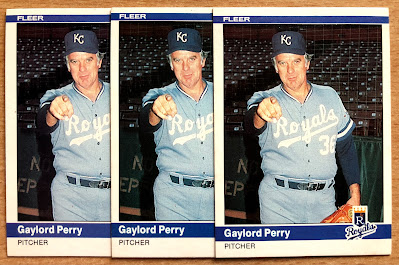 In yesterday's post I proclaimed I was ready to attend a card show again. After I hit the publish button I visit Beckett's event calendar and learned there was a show going on at that exact moment less than five miles from my house. What in the world!?! 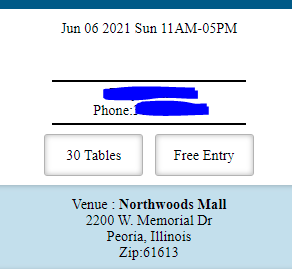 Are cards that hot right now where Peoria is no longer stymied with just one annual show?  If so, that suits me just fine. 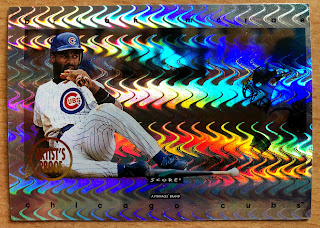 For the record, there was no mask policy posted on the entry doors to the mall. I assumed it was more of the same of what I've seen in Central Illinois: no mask required if you've been vaccinated, but mask up if you haven't. I'm vaccinated and chose to go without, but it did feel very weird being indoors with people nearby who I didn't know. I think a lot of the strangeness stems from my wearing a mask all school year while teaching in person. For what it's worth, I did reach for the hand sanitizer immediately upon opening my car door after the show. I felt perfect safe during my entire time at the show and no one really ever entered my personal space. 👍 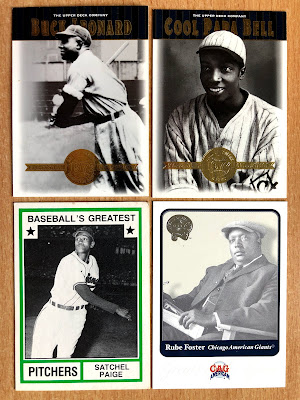 There were about fifteen different dealers and each had roughly two folding tables worth of wares to sell. One was only selling action figures and two were focused on Funko Pop. The other dozen had sports cards! 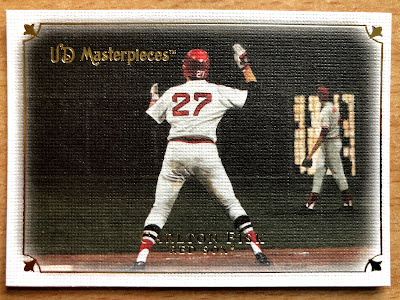 There were maybe two dozen active shoppers spread out among the thirty tables, so generally there was plenty of room, which is my kind of show! I would say at least three of the dealers only had graded cards on display. I didn't spend any time there whatsoever. I did bump into two different shoppers who were looking to wheel and deal the cards they brought. 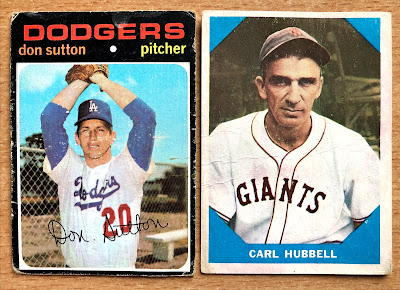 I found two neighboring dealers, who traveled to the show together, but each had their own tables. These two gentlemen were the only ones who had cards for the collector, rather than the investor. I don't like to use labels like collector and investor, and perhaps my previous sentence is a harsh statement, but when I see various junk wax boxes selling at $65 to $85 I just keep walking. 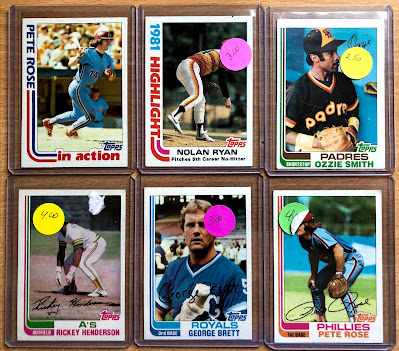 The five 1982 Topps cards with stickers on them were all found in a dollar box. The Pete Rose In Action, above, and the Ripken card, below, set me back $17. I did some comparison shopping on Ebay and felt the price I was quoted for the Ripken, in its condition, was fair. 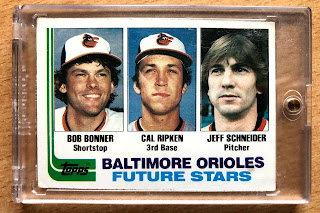 Dime Boxes. The gentleman who had the dollar boxes thought there might be a 1982 Dale Murphy in his dime boxes. 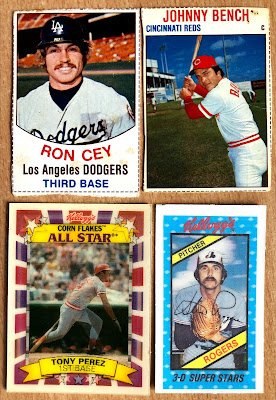 He offered to help me look if I wanted to spend the time. I politely declined his offer and told him I'd like to look through them without his assistance as I would be making a stack of cards, with or without the Dale Murphy. Spoiler Alert: There were plenty of other stars from 1982 in the boxes, but no Dale Murphy. #SadTromboneNoise 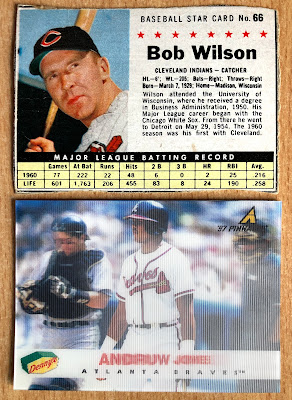 I pulled close to fifty cards during my search and spent around 45 minutes going through his two 3200-count dime boxes. It was a blissful experience. All of the non-1982 Topps cards in this post were from the dime boxes.

Yes, I found the well-loved vintage cards of Sutton and Hubbell above for ten cents apiece. Rookie cards were available as well: 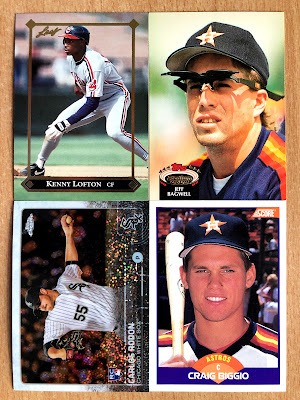 I think my best finds were the three Gaylord Perry cards at the top of the post and a second copy of this wonderful Tim Salmon card. 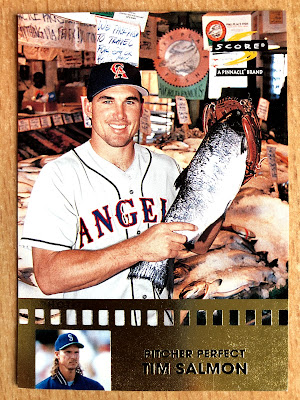 In addition, I found more of the cards from the same insert set, behold! 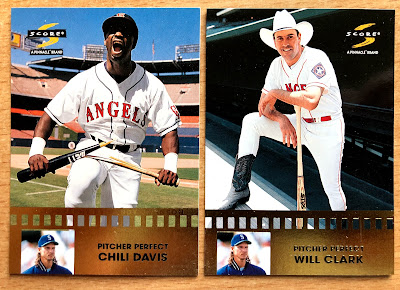 Chili Davis being fierce and Will Clark posing in a cowboy hat and boots. 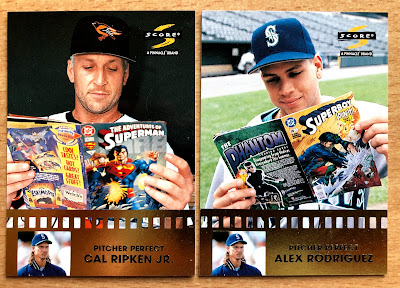 I had to pair these two guys together. Very, very cool.
Here's my favorite find of the day: 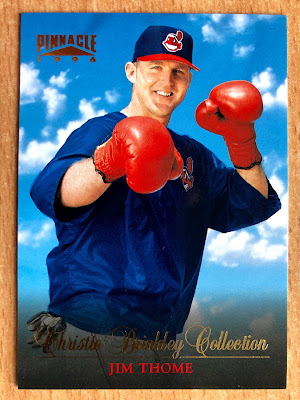 It's a Jim Thome card from the 1996 Pinnacle Christie Brinkley Collection. 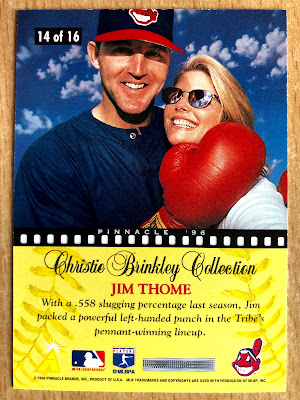 Thome is a local guy who I collect so I did a little happy dance when I thought no one was paying any attention my way. Good times!
I went into the show not expecting much and instead was pleasantly surprised. I came away with some great cards for my mini collections, some cards for a few bloggers (not shown), and seven more cards for my '82 set build.
No regrets whatsoever from today's experience and I'm already planning a small road trip to another show later this summer.
Have you been to a card show this year? Are you planning on attending one in the future?
Posted by P-town Tom at 6/07/2021 05:17:00 PM