Vogelbach is an All-Star

The reserve rosters for the All-Star game were released this evening and I'm absolutely floored right now.

The Vogelmonster hit his 20th home run of the season yesterday and became just the third Mariner, age 26 or younger, to crank that many before July. (Griffey and A-rod were the other two.) Thus, I was pinning my hopes on seeing the Vogelmonster in the Home Run Derby. I honestly didn't think he would make the roster as a reserve. 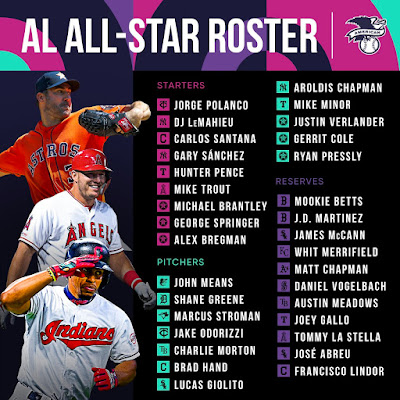 Vogelbach is the Mariners' lone representative in the contest, but I'm sure the gregarious Vogelmonster will have a great time in Cleveland nonetheless.

I, for one, will be watching the All-Star Game this year!  I'm still holding out hope he'll fill one of the other two vacant HR Derby spots for the AL. 😁

Lastly, I would have liked to have shown a new 2019 card of the Vogelmonster with this post, but unfortunately he's only had one card produced to date and I flashed it on the blog back when the retail team sets came out.  . . .   Topps, you are in my doghouse!

So, here's my newest purchase instead. 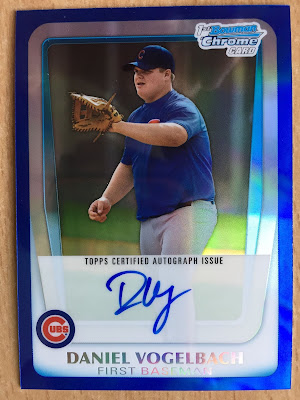