Today we continue that run of beautiful pages that I mentioned in my last HOF post. There's only one card I'd like to upgrade on this page and that's the Pee Wee Reese card on the upper-right of the page. 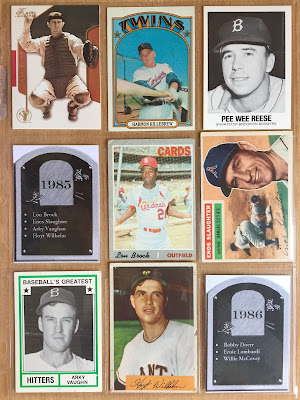 Without further delay, here is page 23! 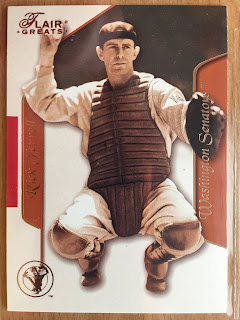 Rick Ferrell hit 0.281 during his eighteen year career. He was a difficult man to strikeout, as he averaged only 24 whiffs a season. Ferrell only hit 28 homers during his career, but he was elected to eight All-Star games. In fact, Ferrell caught all nine innings in the inaugural All-Star game in 1933. Ferrell was known for being a stout defensive player, but in 1944 and 1945 he led the league in passed balls because the four man rotation he caught all featured the knuckleball. That poor guy! 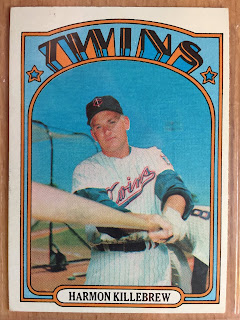 Harmon Kellebrew is one of the great power hitters in the game's rich history. Eight times he hit more than 40 home runs in a season and six times he led the league. He was a patient hitter, as shown by topping the century mark in walks seven times, and just as feared as he led the league in intentional base on balls three times. The corner infielder played twenty-one of his twenty-two seasons with the Senators/Twins franchise. Killer won one MVP award and was elected to thirteen All-Star contests. 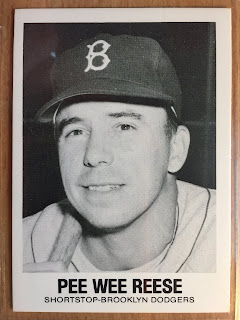 Pee Wee Reese played his entire sixteen year career with the Dodgers. He missed his age twenty-four through twenty-six seasons due to World War II. He earned MVP votes in thirteen of his seasons and was an All-Star in ten of them. The career 0.269 hitter was known as the field captain for many great Dodger teams. 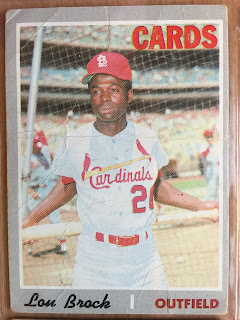 Lou Brock rewrote the stolen base record book. He held the marks for most steals in a season (118 in 1974) and most in a career (938) until Rickey Henderson came along. Brock was a good hitter (0.293) average who wasn't afraid to take a walk. During his career he was voted to six All-Star games, was the MLB Player of the Year in 1974, and won two World Series. The NL stolen base leader is given the Lou Brock Award at the end of each season. 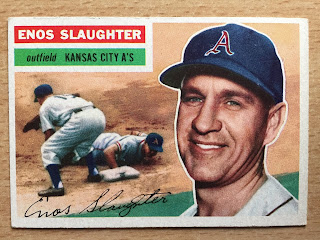 Enos Slaughter had a nineteen year career, thirteen of which were with the St. Louis Cardinals. During those years Slaughter was elected to ten All-Star games, earned MVP votes in eight different season and won four World Series titles. Over his career, which was put on hold for three of his prime age seasons due to military service, the outfielder hit 0.300 and showed plenty of gap power. For the record, this card was given to me by my sister. Thanks, Jane! 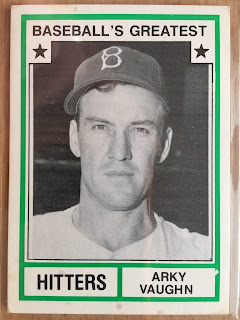 Arky Vaughn, primarily a shortstop during his career for Pittsburgh and Brooklyn, was a tremendous hitter with a superior eye. He was elected to eight consecutive All-Star games and in 1935 he walked 97 times and only struck out 18 times. That season he also led the league in hitting (0.385) and on-base percentage (0.491). He retired in 1943 at age 31 and took to starting a family, but three years later he was talked out of retirement by the Dodgers, hit 0.325, and was a calming influence in a Brooklyn locker room during Jackie Robinson's rookie year. 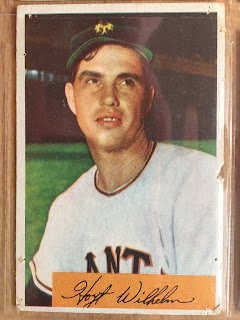 Hoyt Wilhelm is arguably the best knuckleball pitcher of all-time. Up until Wilhelm's time the knuckleball was used by older pitchers, as a change of pace pitch, to extend their careers a couple of years. Wilhelm broke the mold in two different ways: he started throwing it as a teen and he used it as his primary pitch. Wilhelm was buried in the minors until his age 29 season because he didn't throw hard, but was given a shot in the bullpen by Leo Durocher because "he can fool 'em four or five innings even if he doesn't have the hard stuff to go nine." During his rookie year he became the only pitcher in major league history to qualify for AND win the ERA title as a relief pitcher. He retired when he was 49, after 21 seasons, with a 2.52 career ERA and 143-122 record.