Douglas sent me a nice package cards in December and three months later I've received a second bubble mailer from up north. I wasn't expecting any cards from Sportscards From The Dollar Store, but I'm always up for a game of cardboard tag. Especially when I know I can send hockey and Mets cards!

Let's take a look at what kind of Cubs cards can be found at the Dollar Store in Canada.

I'm still scratching my head at the decision to give Kris Bryant his own 30-card insert set in Topps Series 1. 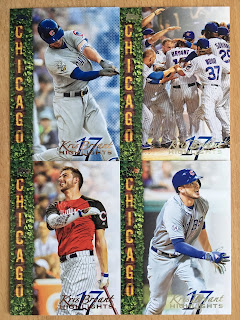 Later this week Bryant will be starting only his fourth season in the majors.  Yet, he's deserving of his own insert set?  What about that Mike Trout guy? 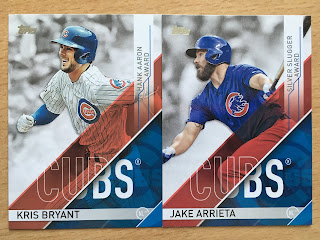 I'm still trying to catch up on 2017, so these inserts are most appreciated.

In my humble opinion, this is the best looking card from Douglas' package. Panini for the win. 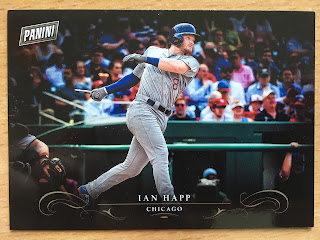 I really enjoy the fade-to-back almost full bleed design.  I'm not sure what to think of Ian Happ at this juncture. He's done well in spring training this year, but Joe Maddon did not trust him AT ALL in the playoffs last year. We'll see what 2018 brings. 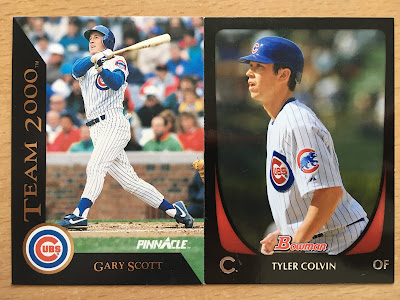 I remember being in middle school and thinking Team 2000 was such a cool insert. For the record, Gary Scott was out of professional baseball after the 1997 season.

Who would you vote as the most underrated Chicago Cub?  It's certainly not Kris Bryant. 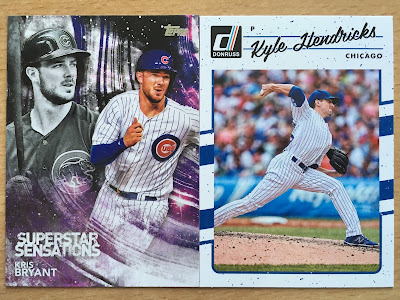 My vote would be for Kyle Hendricks. The man goes about his business the right way and seems to never be in the spotlight despite being a darn good pitcher.

Brett Eldredge. I've actually started to listening to some country music the last couple of years and I really favor Eldredge's musical stylings... lively and fun to sing to. 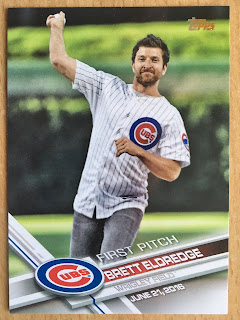 Ahhh. I thought Koji Fujikawa was going to light the world on fire. Boy, I missed on that one. 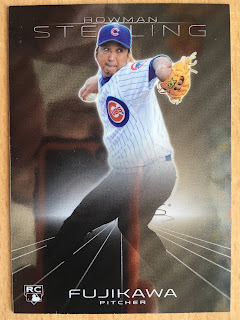 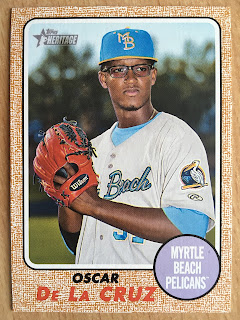 I think the same of Oscar De La Cruz. Maybe I'll get this one right? I believe Oscar is the Cubs' best pitching prospect who is closest to the major leagues.

Random Cubs goodness. The DLee Opening Day card is my favorite of this lot. 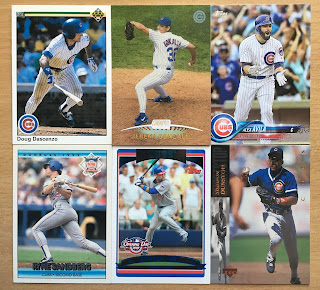 Hey!  A new Ryne Sandberg card for my Ryno player collection!  This one is a 1997 Leaf issue. 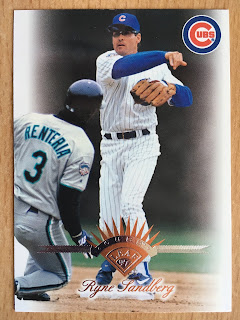 Lastly, we have one of those manu-relics celebrating the Players' Weekend from last season. This is my first look at these in hand and it is pretty cool. 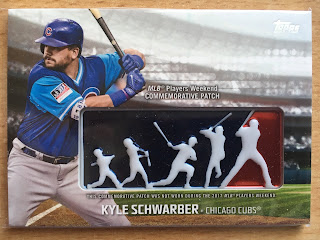 I wish the card pictured Kyle Schwarber's back so we could see the "Schwarbs" nickname on the reverse side of his jersey. Or, if nothing else, I think the back of the card should have made mention of his nickname. No such luck. It is what it is.

Douglas, thanks for the cardboard!  I'll be sure to add you to my list of people I owe cards, which seems to be growing by the week. Stay patient folks. This teacher/coach will play catch up this spring break and/or summer and cards will be sent. In the meantime I'll keep sorting "The Collection" into piles. Fun-fun!
Posted by P-town Tom at 3/27/2018 05:43:00 PM