This past Saturday my sister, Jane, and two of our friends, Jim and Theresa, and I left P-town at 6a.m. to head north to Chicago. We got hung up in some road construction, but otherwise made it safely to Wrigley Field for our scheduled tour of the ballpark at 10:00 a.m. 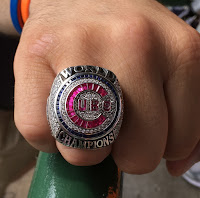 I had been on a tour with my wife and two other couples back in 2009, and I was hoping to see some of the newer parts of the park this time around. Unfortunately, the only new-to-me part was a trip through the visitors' locker room. The tour guide was super informative and I learned more about the history of Wrigley Field than I had previously. Plus, I got to see his World Series Championship ring up close and personal like!

I think my favorite part on this tour was sitting in the dugout, but I enjoyed taking pictures of some of the signage in the locker, too.
Here's a photo of the "Pace of Play Procedures," which resided on the wall in the locker room. 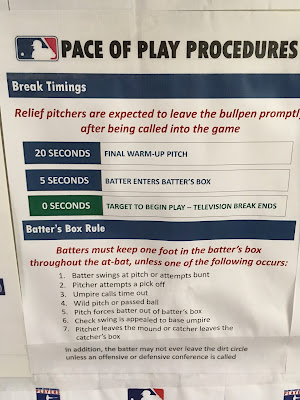 I hope MLB can find a way to get the length of an average 9-inning game back under 2:50. Enforcing the above rules to the letter of the law and adding in a pitch clock would go far if you asked me.

Instant replay slows the game, but it's here to stay.  This sign is from 2015, which I guess means they haven't made any changes to the rules since then. 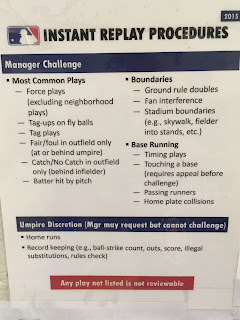 The sign below is pretty neat if you ask me. It resonates with me because as a high school coach we have a number of different game times, and we always try to get batting practice in.

After the tour we checked out the new Park at Wrigley. It seems much bigger on TV and the snapshots I've seen on Twitter. 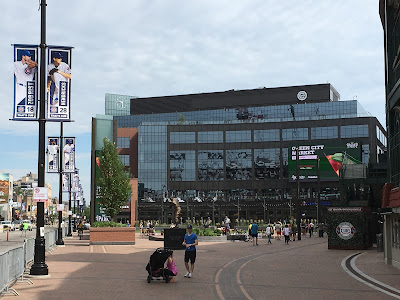 We hit up the team store and then tried to see the World Series trophy, but it was unavailable.
Cubs personnel told us our best bet to see the trophy would be to attend a game or catch a tour on a game day. Bummer.

Next up we traveled to Schaumburg for lunch before hitting our next scheduled stop. 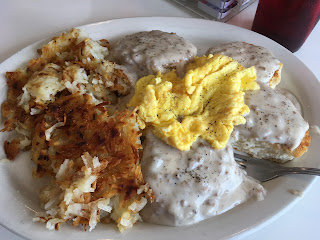 Lunch was awesome. I'm a big fan of biscuits and gravy and would highly recommend Gus' Diner if you have the opportunity.  Large portion sizes and attentive service. #winning

We were out in Schaumburg because my sister got us tickets to the LEGO Convention. I haven't played around with LEGOs since my early high school years, but they are still something that genuinely interests me.

This place was crazy. I have to imagine this is what "The National" would be like if I could ever attend. 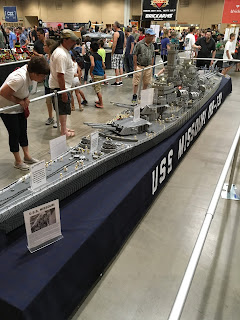 Above is a picture of the USS Missouri battleship. It's over twenty feet long, consists of nearly a half-million LEGOs and took about a year and a half to build. The detail is incredible. 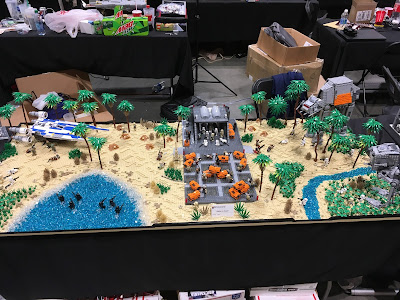 There were bunches of vendors at the convention selling their wares, but many people had tables set up to simply show off their creations. Many things were centered around pirates, city-scapes and super heroes, but my favorite were those centered around Star Wars. 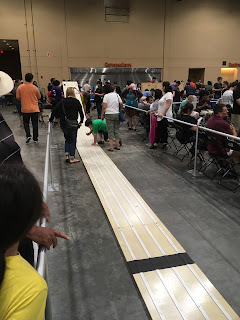 There were some interactive parts at the convention as well. Above is the race track where your freshly built LEGO race car could compete against the cars of others. 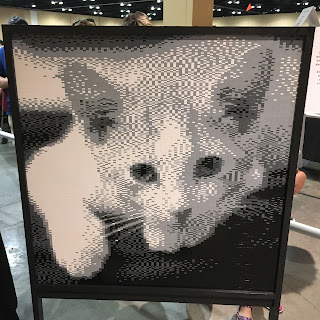 There were some really neat mosaics. My favorite was of a cat and it was 4' by 4' in size. Naturally, all done in LEGOs. 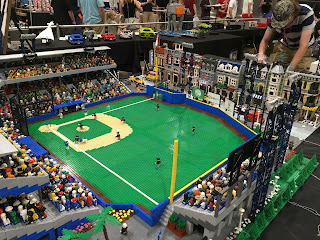 There wasn't much baseball at the LEGO Convention, but I did find one baseball field! The amount of mini LEGO people at the ball game was really impressive, especially when one considers that most figurines at the convention center were in the $6 to $12 range. Man, and I thought card collecting was an expensive hobby! 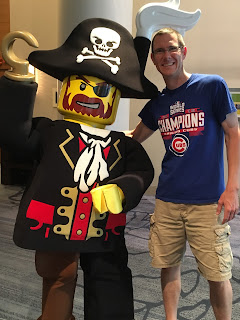 Overall, it was a fun road trip with family and friends!