I Didn't Go To The National 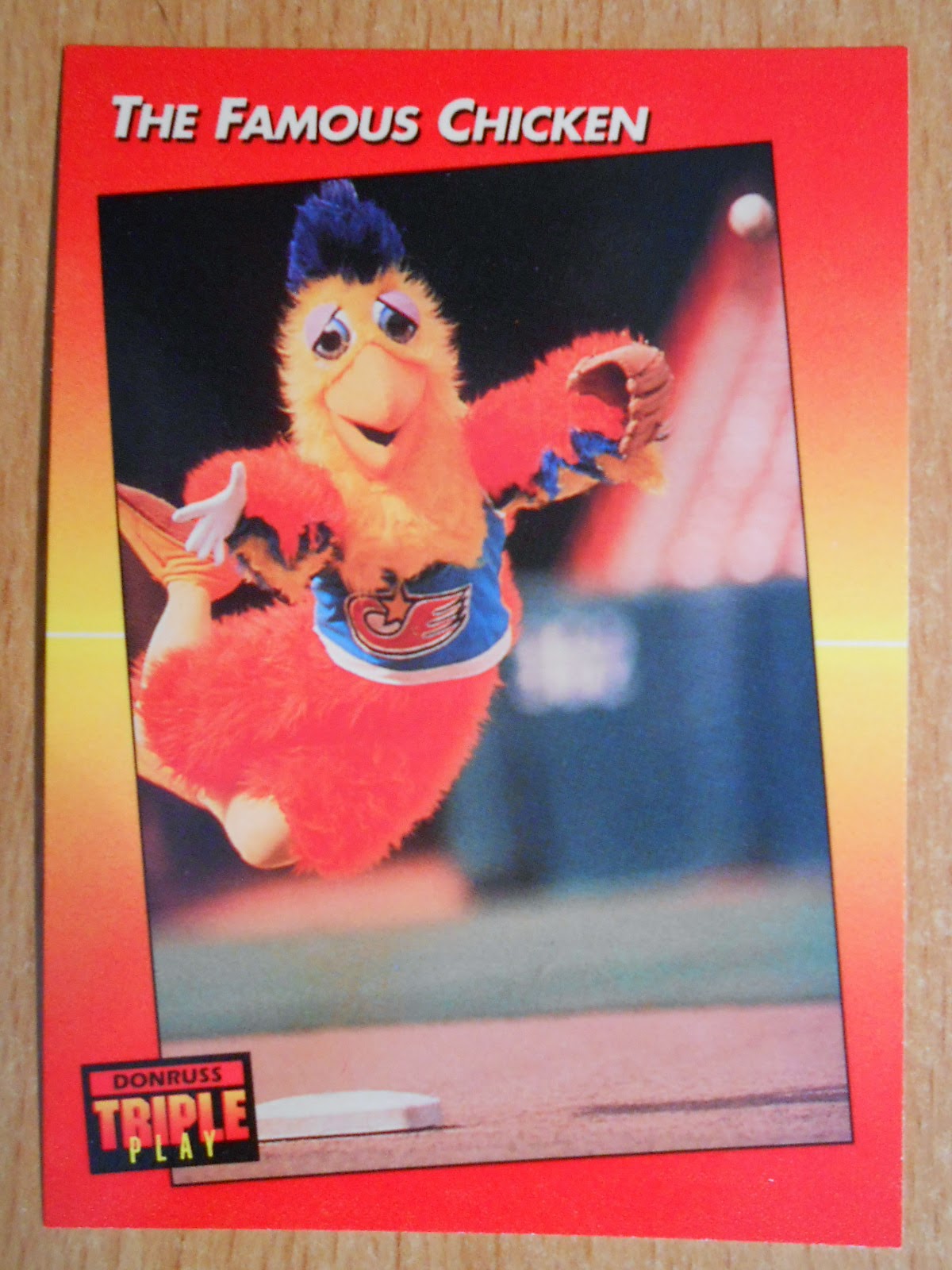 The National, again, was within a day's drive of my house.  Yet, I once again decided to stay home and just play with my cards.  I haven't spent a ton of coin on new cardboard this, but I did just receive a pretty nice haul of cards for about the price of a blaster from Sportlots.com. 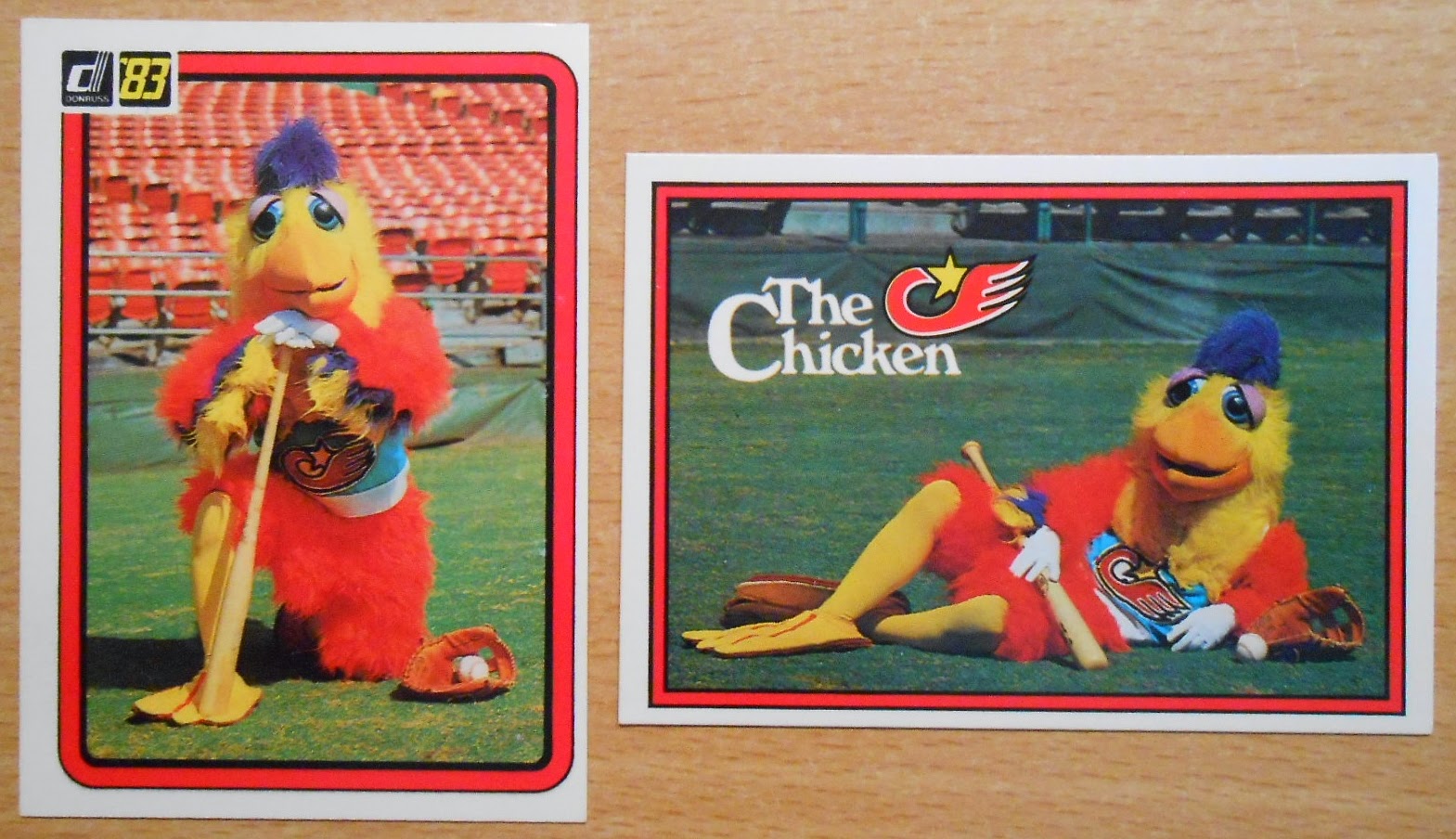 Since going to Philadelphia and seeing the Phanatic in action I'm been on a huge mascot kick.  I've found myself wasting away the better part of an hour watching YouTube videos of mascots doing their thing.  I didn't have any cards of the The Chicken and I thought it was time to remedy that! 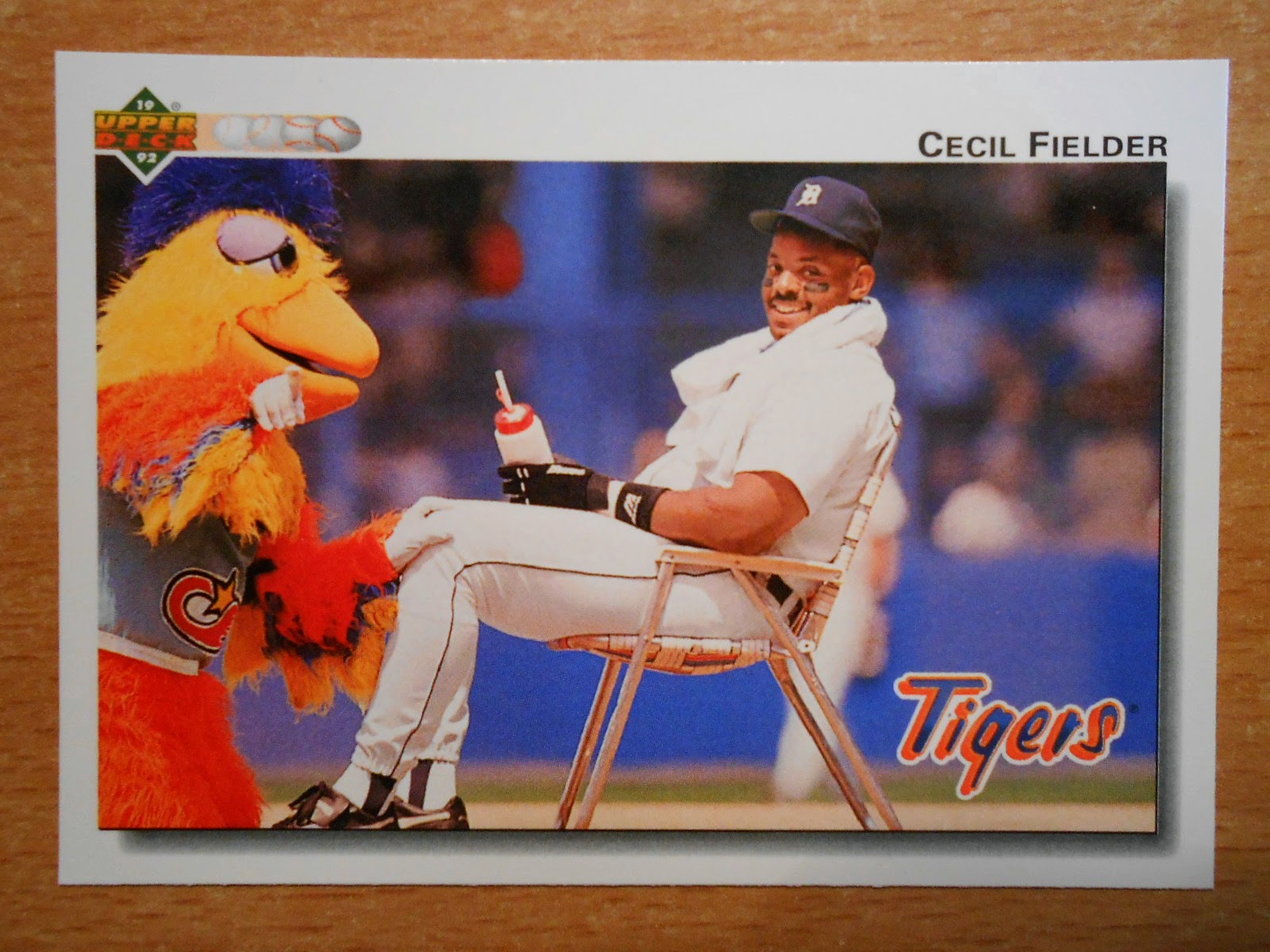 I love early edition Upper Deck.  1991 was probably my favorite set, which I own, but now I have a couple extra I can put on display. 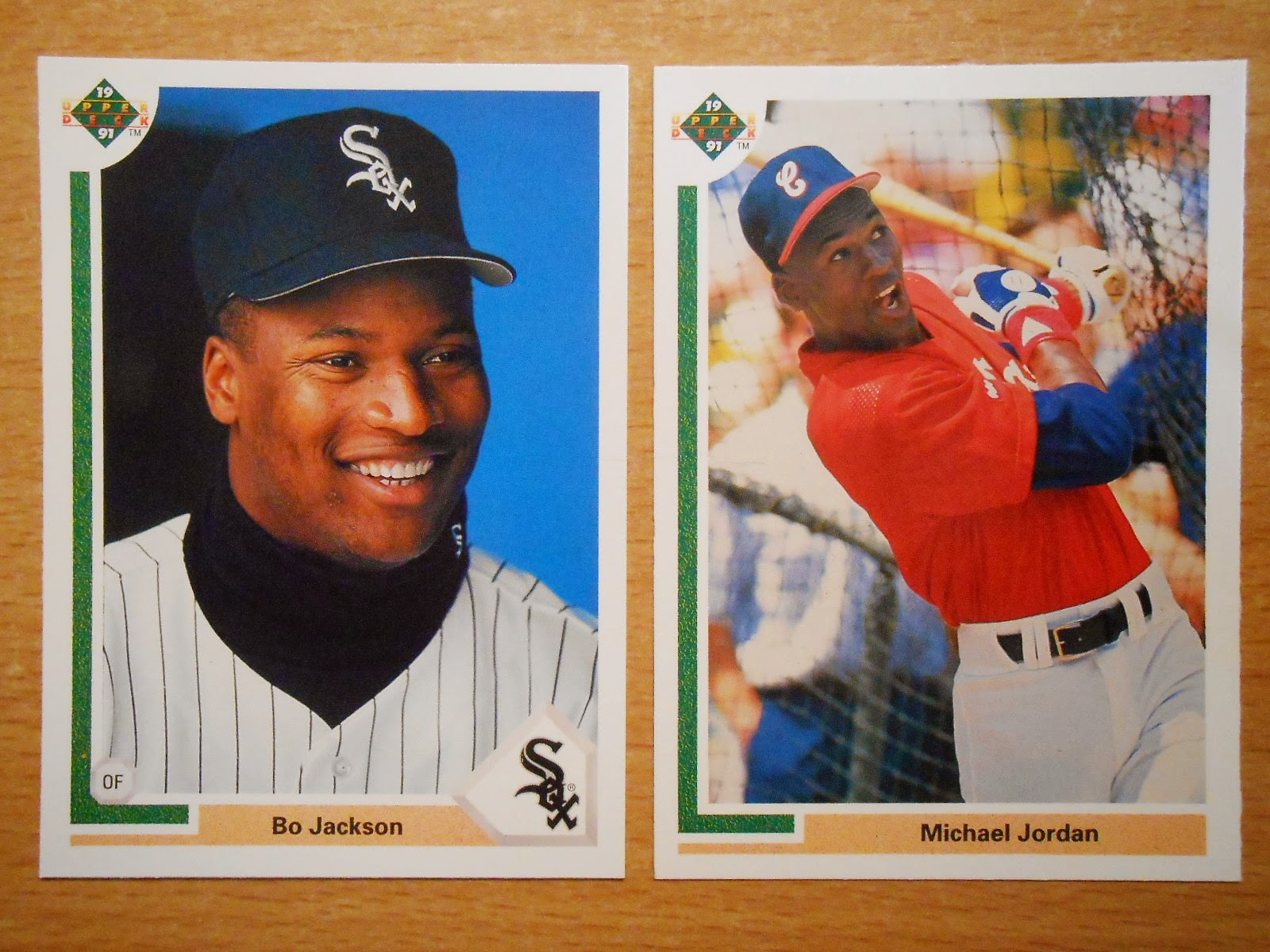 More '91 Upper Deck and Pinnacle card of The Kid being a kid. 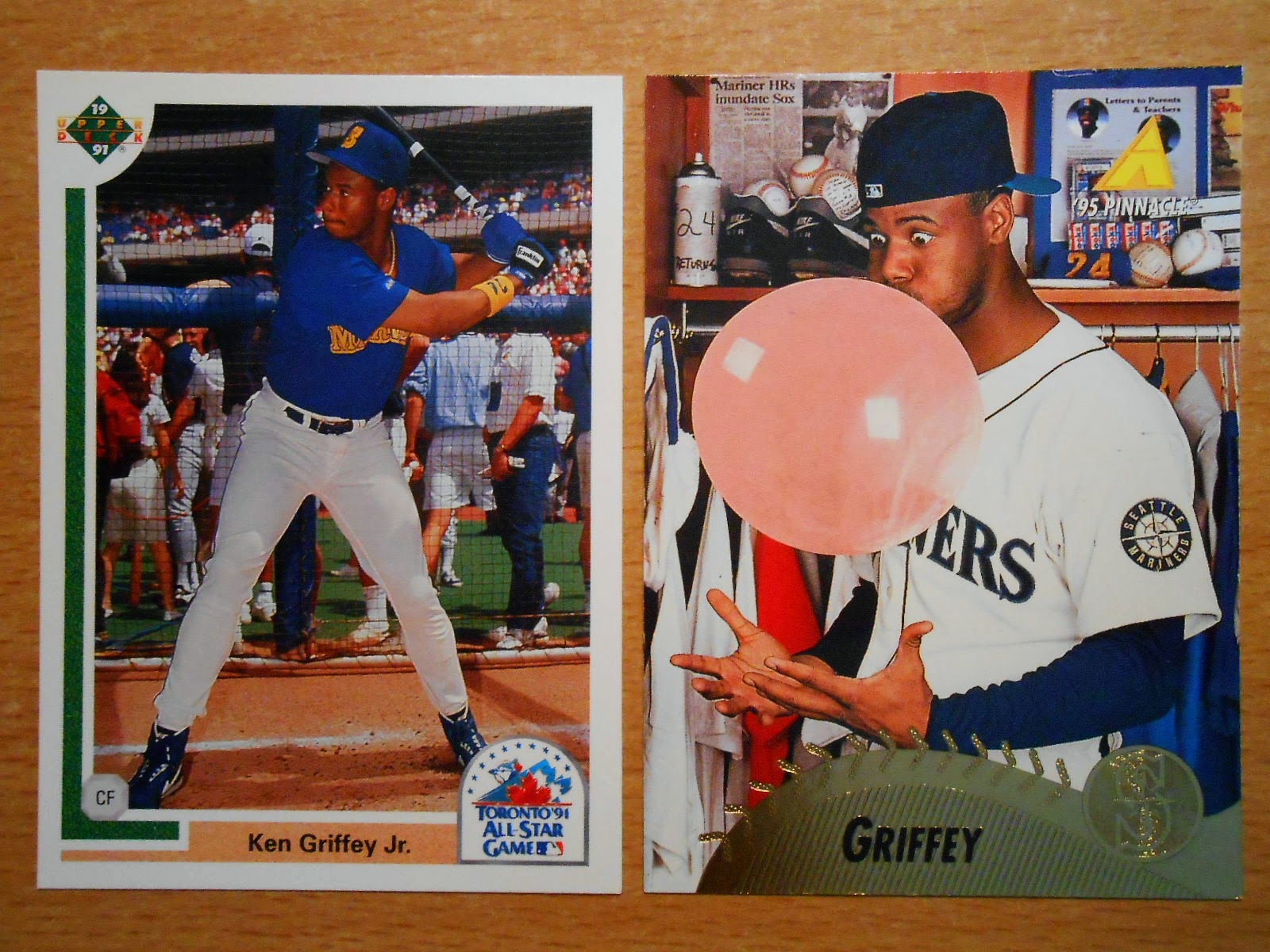 Speaking of kids...  Max Patkin was a kid at heart his entire life. 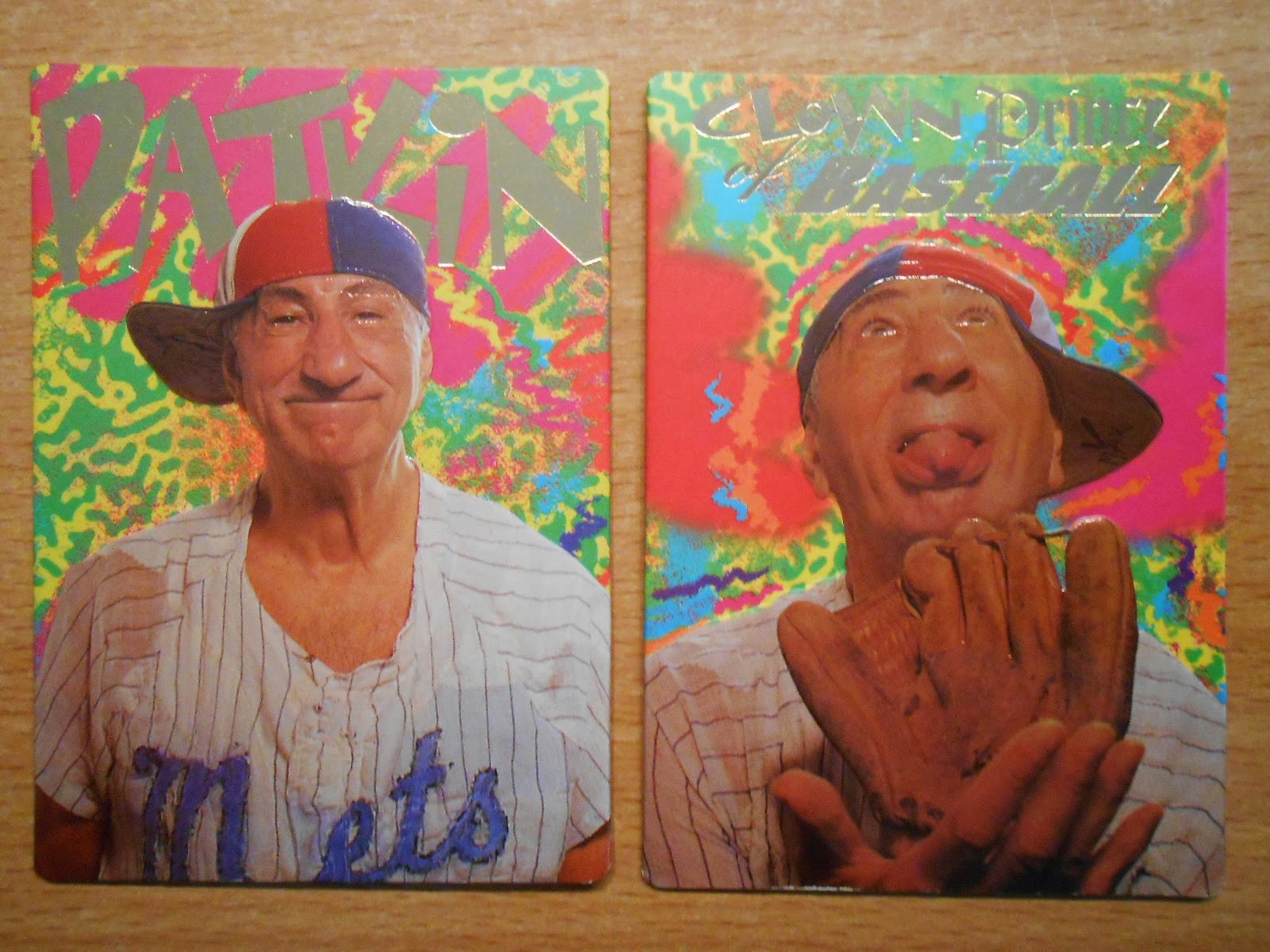 I was lucky enough to seen Patkin's act at least twice before he passed. 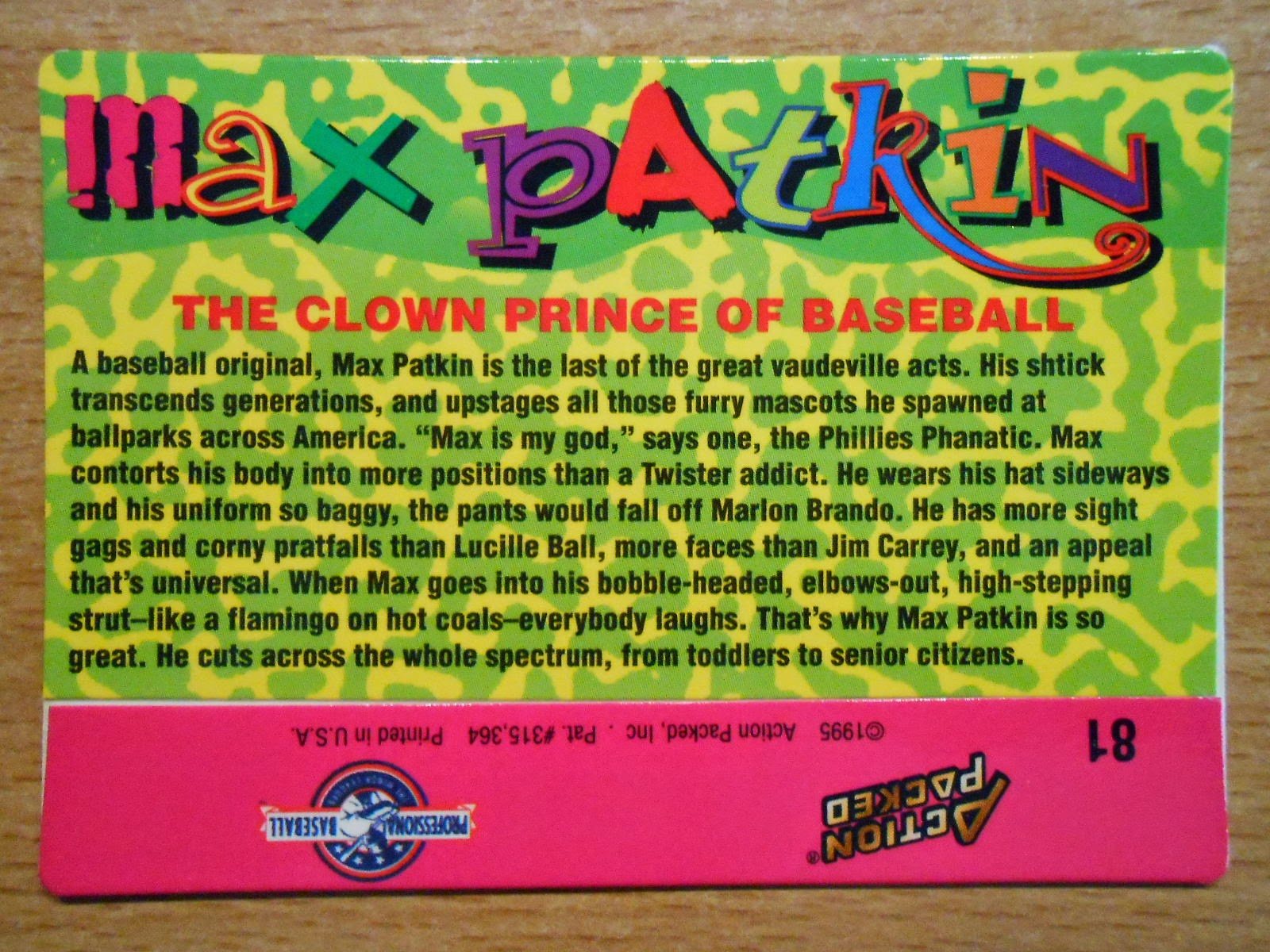 The back of this 1995 Action Packed card gives a nice rundown of his schtick. Weird that the card information is upside down.

Shawon Dunston with Shawon Dunston, Jr.  . . . Junior is now a Cubs farmhand.  I would love for both them to sign this card, but I doubt I'll ever be that lucky. 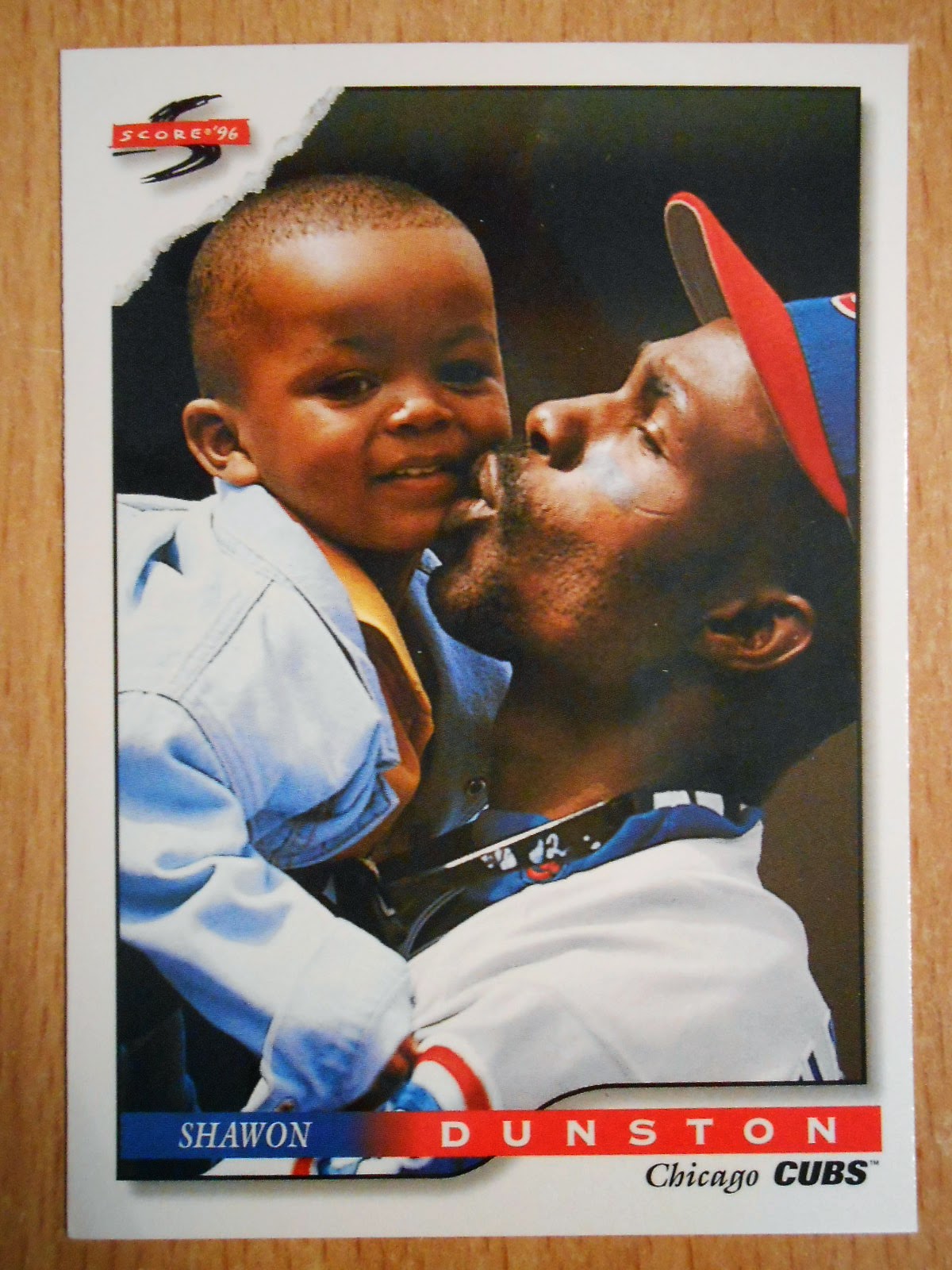 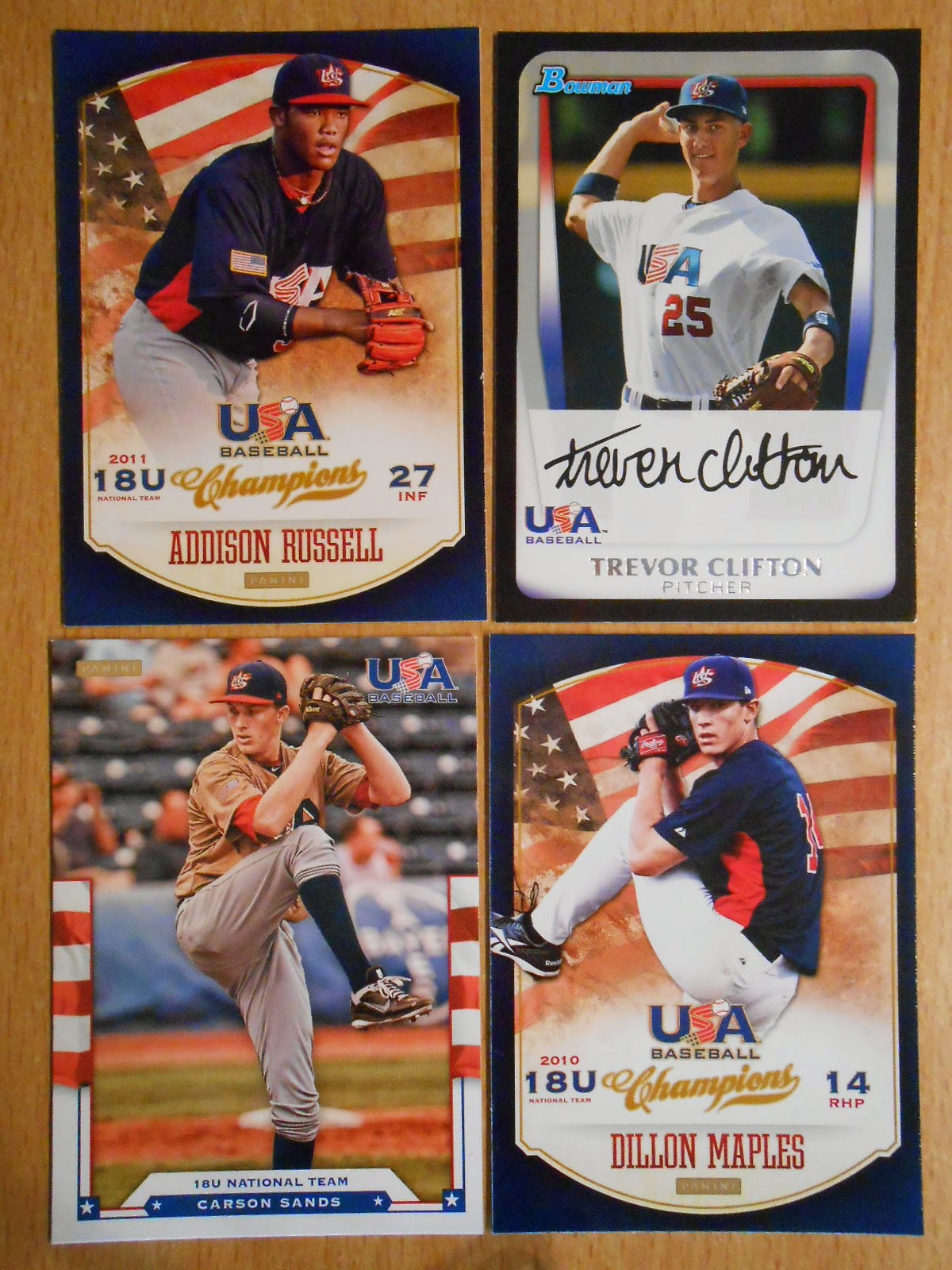 The four players above were all sporting USA uniforms, as is his Tino Martinez die cut parallel. 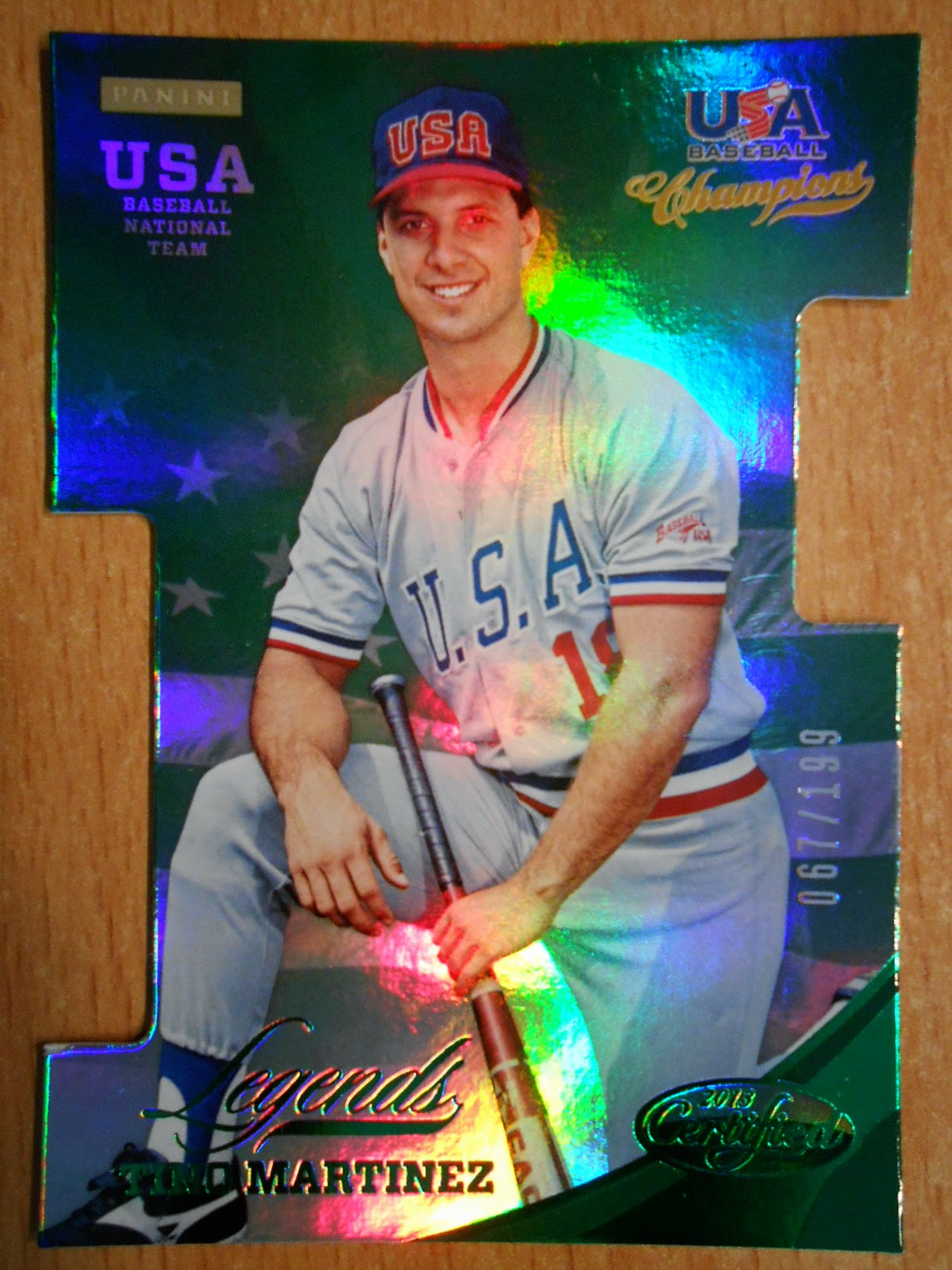 Huh, I think I know a Tino collector out there somewhere. 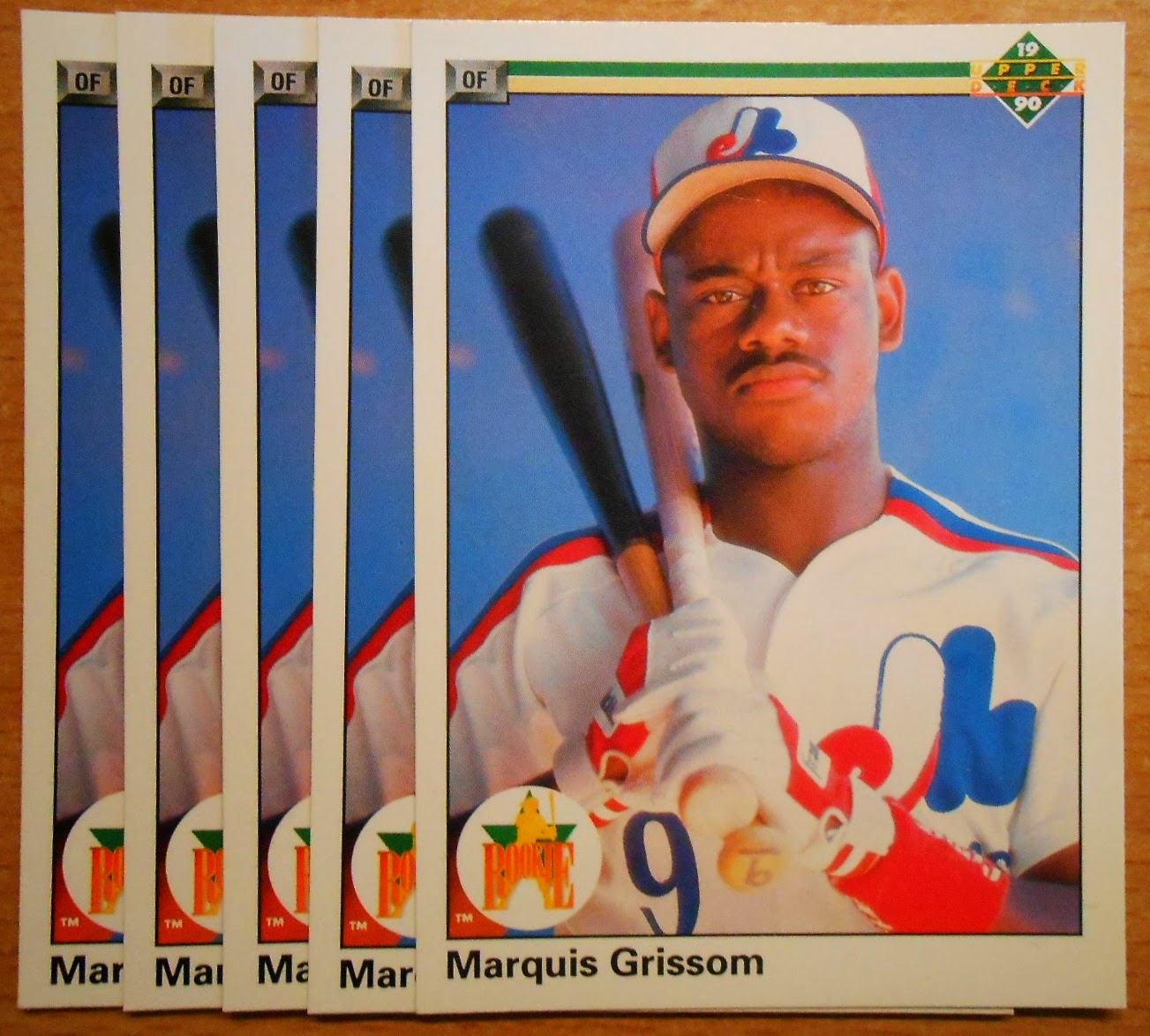 Either my camera is having issues or I put in an order for a handful of Marquis Grissom rookies.  I'm sure these will find a good home somewhere in the blogosphere.

Card for my player collections! 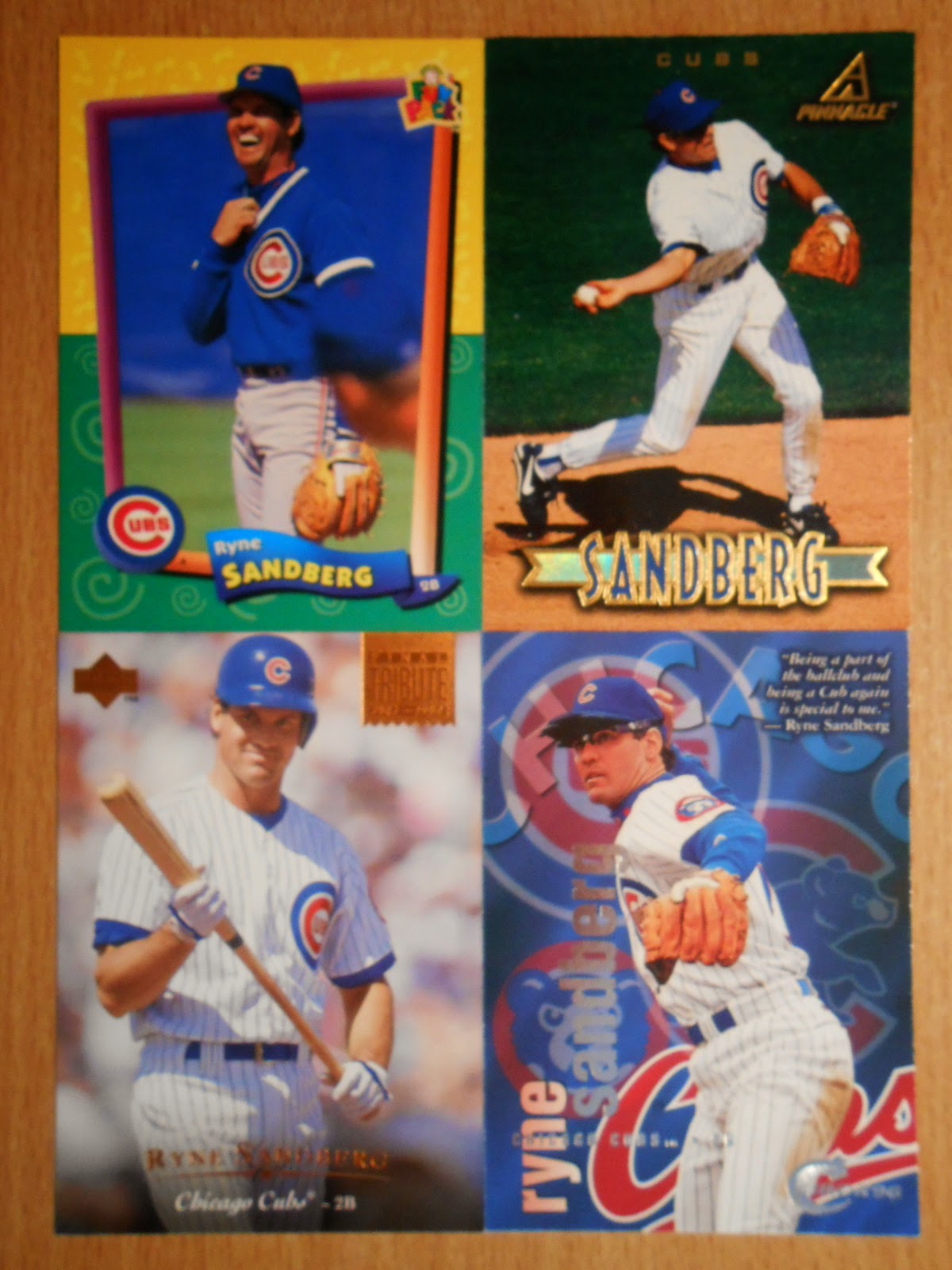 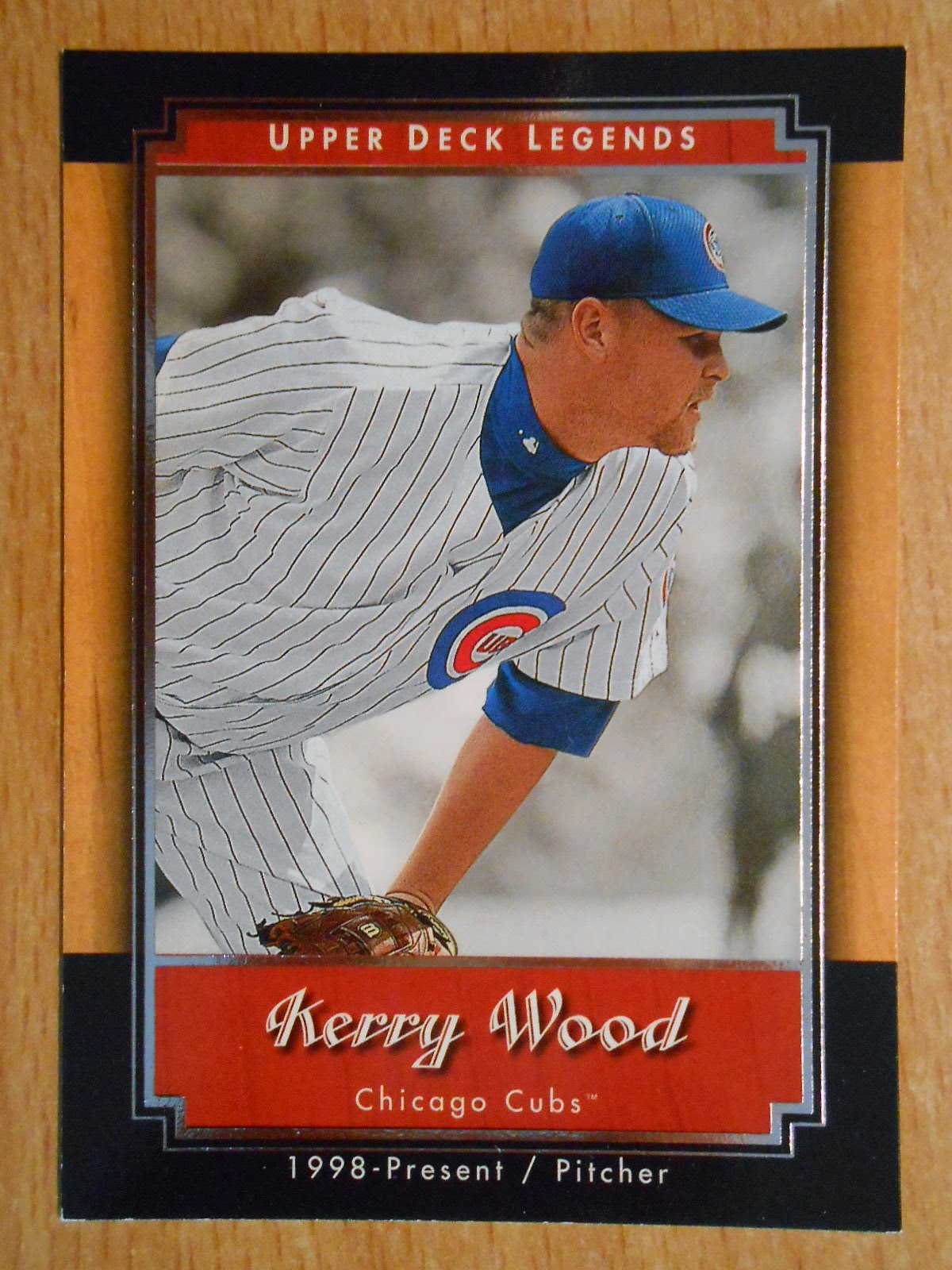 When I can find Ryno's for 18 cents I'm a pretty happy camper. 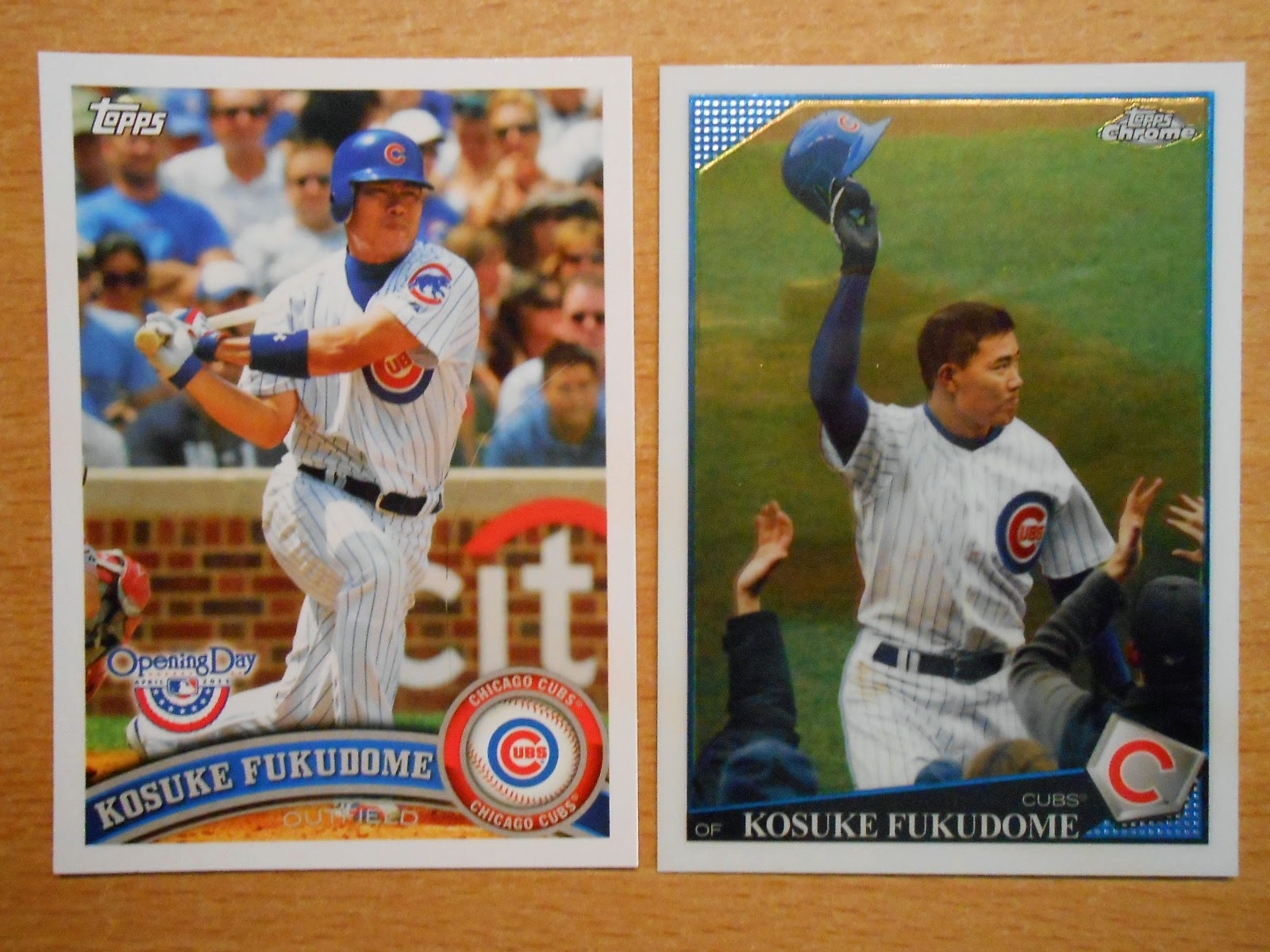 I'm trying to get my Kosuke Fukudome collection up to the century mark.  These are numbers 95 and 96.  Four more to go!

My Ron Santo collection is a slow work in progress.  Especially since he isn't receiving any love from Topps since he went into the Hall of Fame.  What gives, Topps? 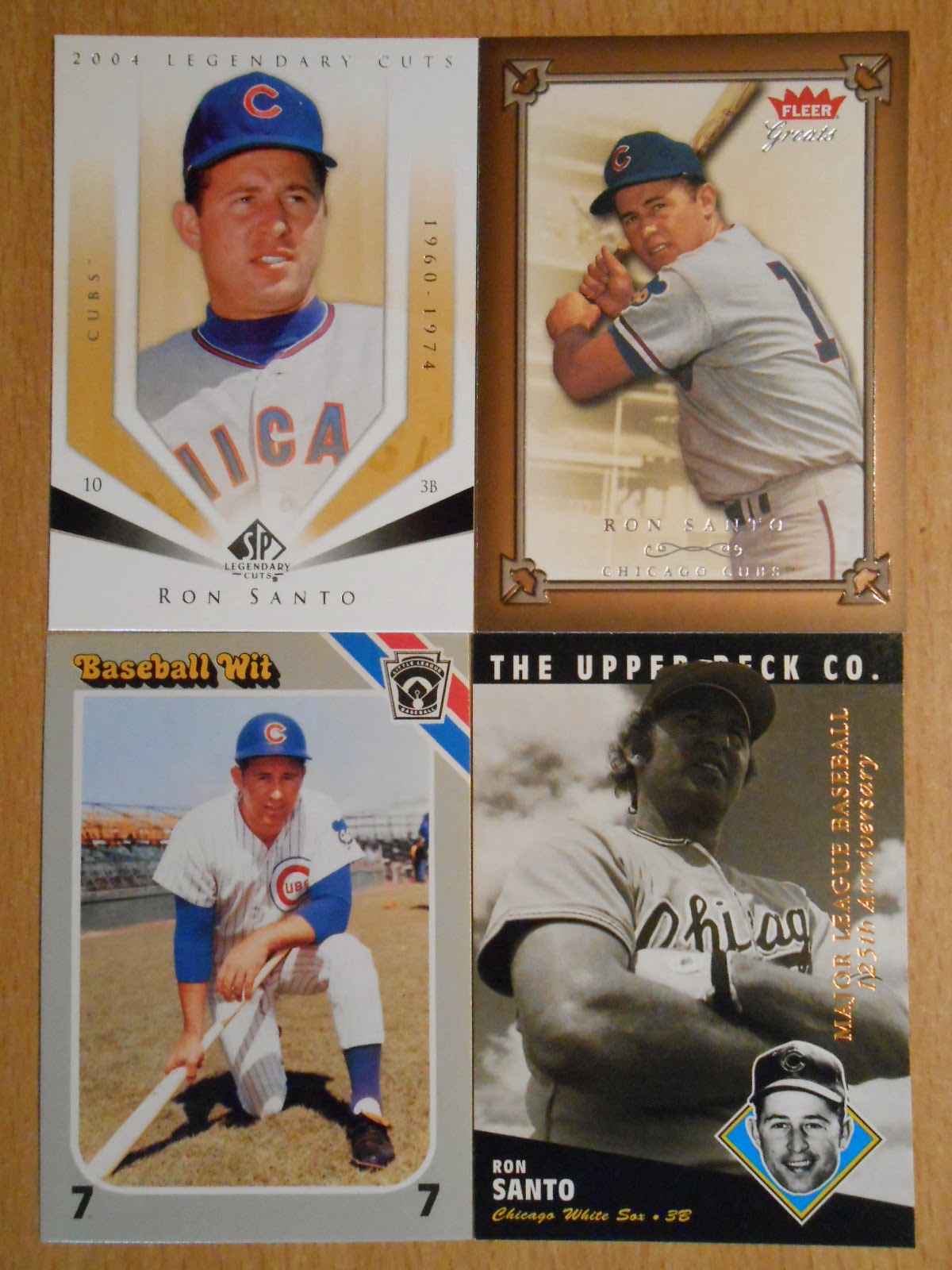 I'm a Fleer Pro Vision junkie.  The first step to recovery is admitting you have a problem. 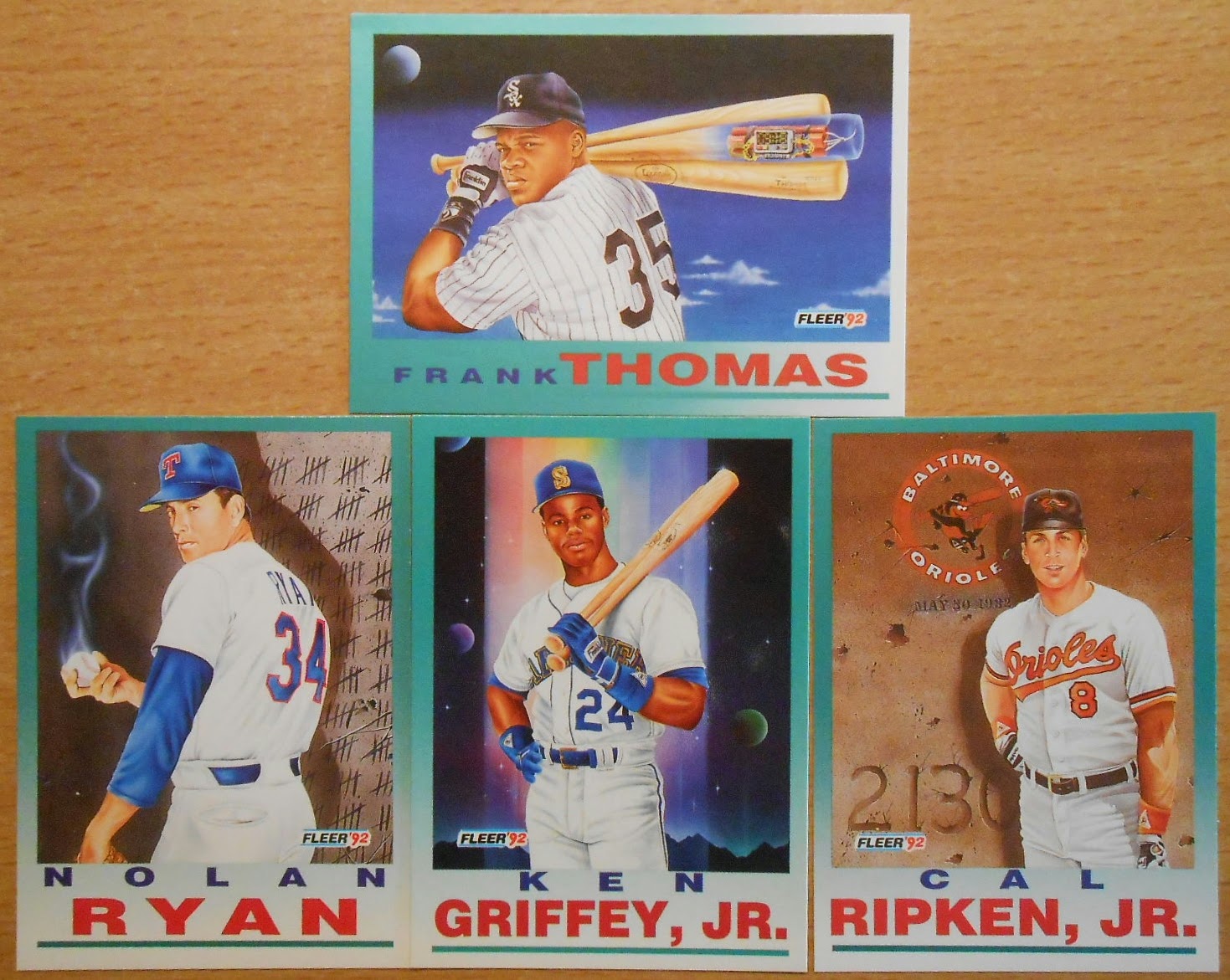 I will say this though...  If you fine bloggers would stop posting pictures of Pro Vision cards on your blogs I wouldn't be nearly as tempted!  Stop it!

I'm not sure why I bought a Josh Gibson card, but I found a pretty nifty looking one. 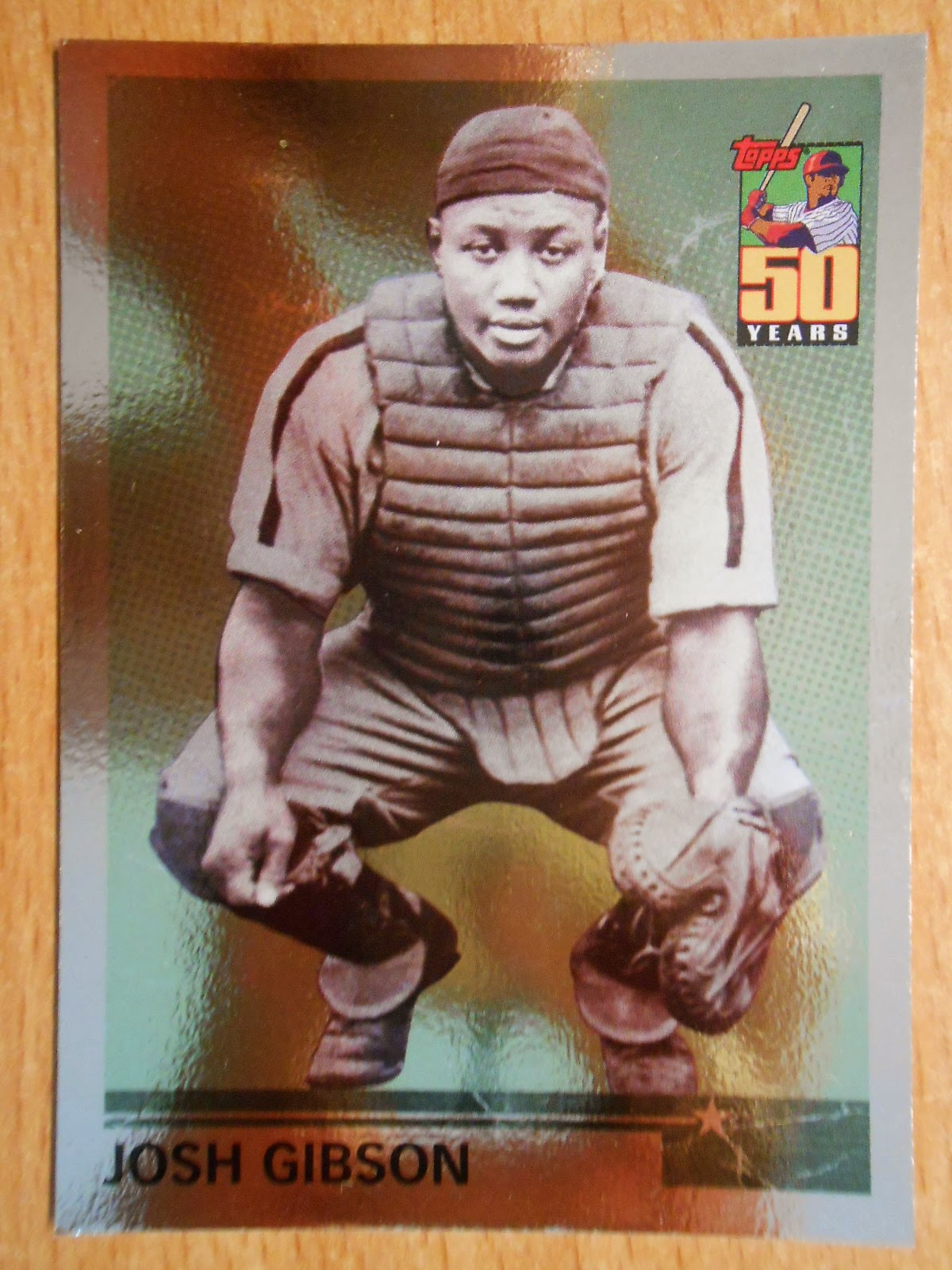 Some say Gibson was the best catcher to ever play the game.  That's quite a compliment.

Here's my impetus for visiting Sportlots in the first place.  I knocked out six sets. 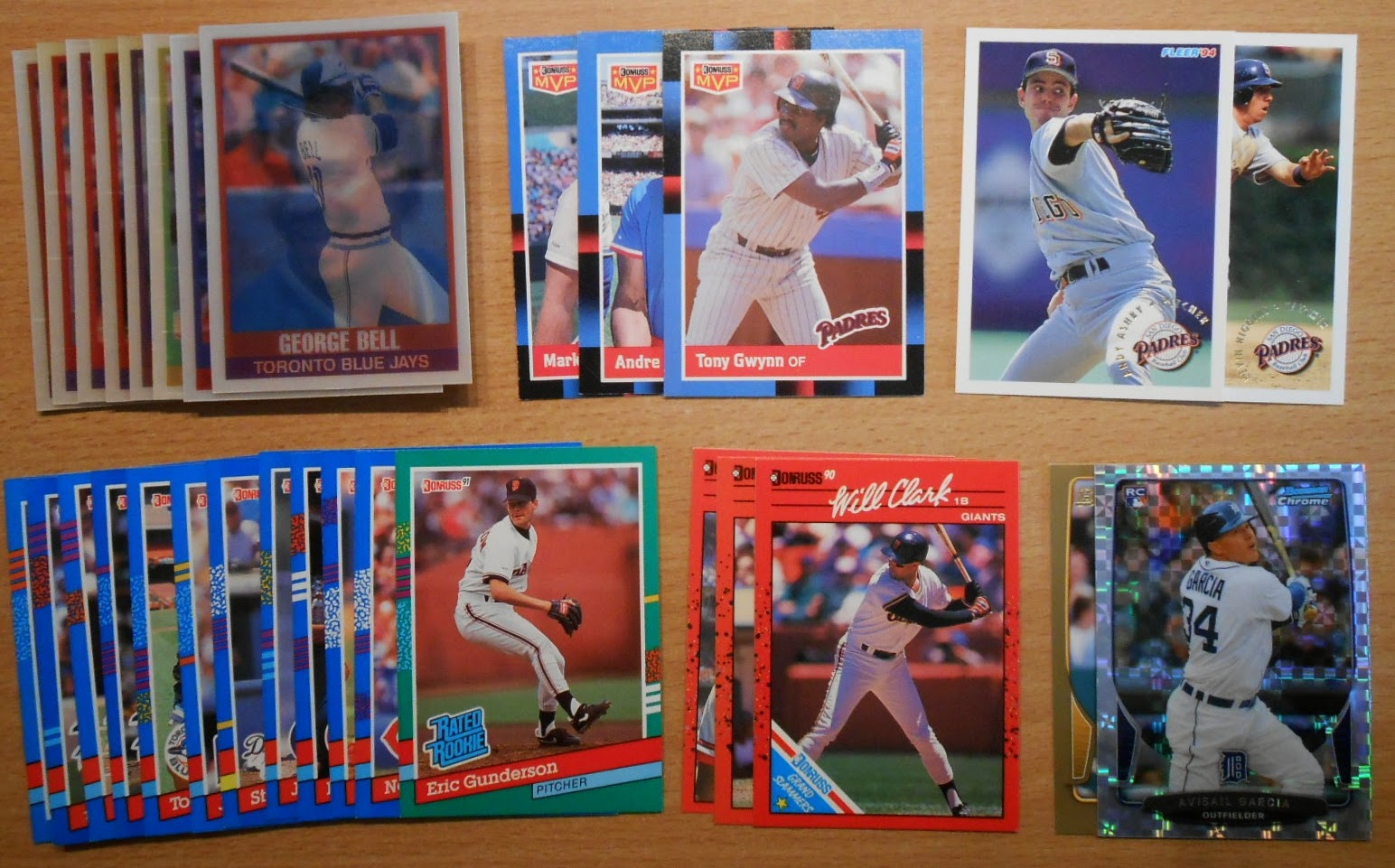 I feel kind of silly paying 18 cents for cards from the junk wax era, but I've been chasing down twenty-five year old cardboard for a couple of years now without much luck.  I've discovered that many card stores have purged their junk wax from their inventory to make room for something of value.  I've also been given quite a few raised eyebrows from store owners, "You want '90 Donruss?"

Whatever.  Teenage me can sleep peacefully now that the last five sets from the 80's and 90's have been put to bed.  Everything left on my Set Needs page is now from this century!  Woo-Hoo!

It was no National, but I would consider my Sportlots purchase a success based upon set completion alone.  Finding the other cards to fill out the order and maximize shipping costs was just the icing on the cake.