I found a dealer on eBay a couple of weeks ago that would combine shipping at a very reasonable rate.  I pounced.

Initially, I was looking for some 2013 Bowman FrankenSet help. 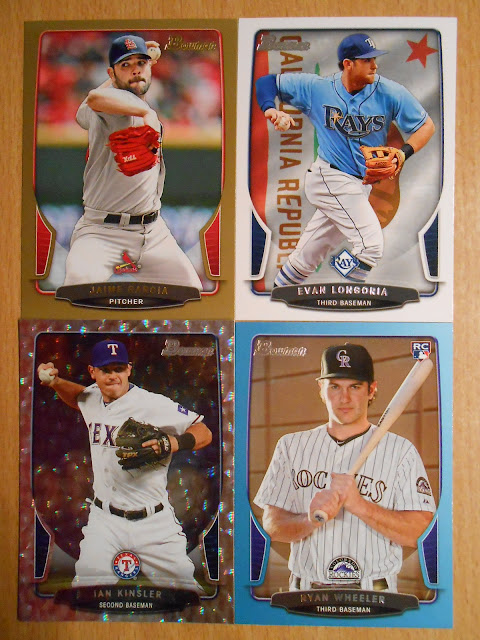 I was outbid on my initial bid for a Blue Wave refractor, but that's okay, because the above four cards have a spot waiting for them in a binder.  Check out the variety: four different types of parallels.  Man, I love my FrankenSet.

Afterwards I shopped around the seller's store and found some minor league Cubs. 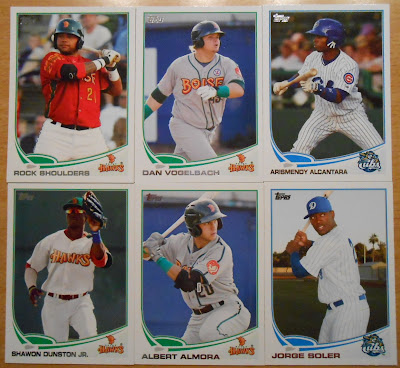 I also won the Javier Baez from the above Pro Debut, but the seller couldn't find it.  He refunded my forty cents.  So it goes. 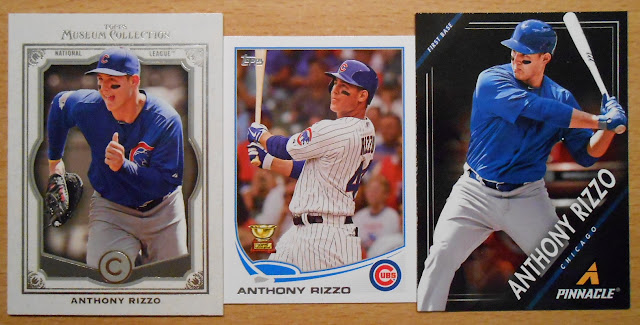 Someday, someday way off in the future I will save my coin and vow to collect a higher end set like Topps Museum Collection.  The card is beautiful and on really thick card stock.


Random Cubbie goodness?  Check, I'm all over that one in this purchase. 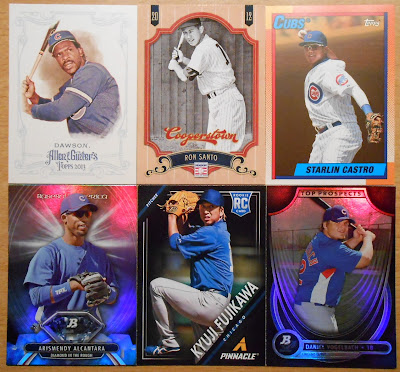 Above we have a 2013 card of "The Hawk", a 2012 Panini Cooperstown card of Santo, a 2013 Orange Archives parallel of Castro, and a rookie card of Kyuji Fujikawa from this year's aforementioned Pinnacle set.  The Arismendy Alcantara and Dan Vogelbach cards are super shiny and both are inserts from this year's Bowman Platinum release.  I sure do love my minor leaguers!

As of late I've been seriously considering starting a super player collection of Welington Castillo. 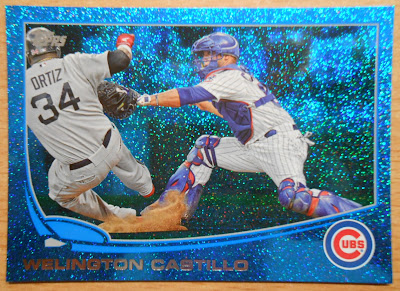 Why?  Well, all of my super player collections are of players who no longer play in MLB, thus their new releases will be few and far between.  I need someone new to collect.

Castillo is a young catcher who is full of potential.  Even if he doesn't improve upon his solid 2013 campaign in the future, he'll still be an asset going forward for the Cubs performing at his current level.  In my opinion, he should be considered a "core" piece.  Plus, I got to see him play in Peoria for a season.  Always a positive!  I don't know if I'm ready to commit to "Beef" just yet, but this blue sparkly 2013 Topps was fifty cents and it is a gem! 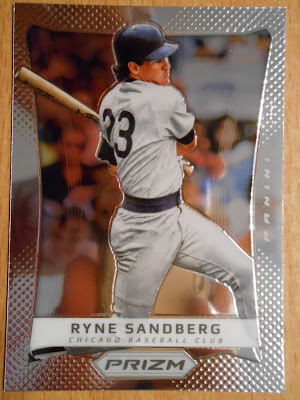 Is there such a thing as too shiny?  Um, I didn't think so, but this card has changed my mind.  That's okay though, as it's another card to Sandberg collection as I close in on the 800-card milestone.

Whelp, recently I've hit Listia and eBay for card needs.  The trading market for my sets has dried up as well.  Sportlots, here I come!