Consistently browsing Ebay doesn't necessarily go hand-in-hand with making purchases. I believe I proved that during the first three months of 2018. I've been checking for Vogelbachs on a regular basis, but I didn't make my first substantial purchase until recently. 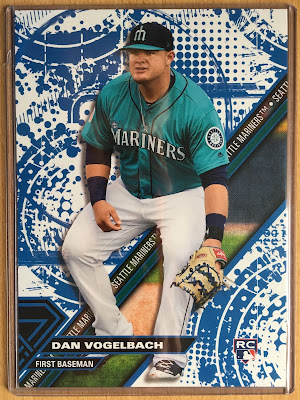 I made a best offer on one of those silly 5" by 7" cards and won. There's only two copies of this card, and the one I snagged is serial numbered 1/2. Up to 313 unique Vogelbach cards now. Nice. 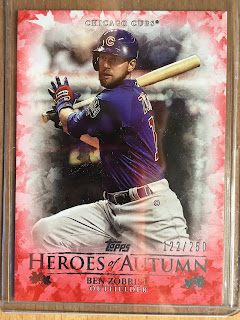 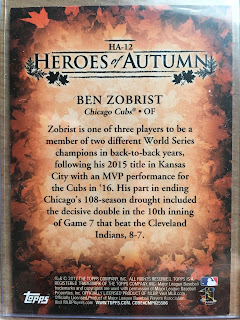 I think I have the base version of this Zobrist card, but I'll take a parallel and slide it into the World Series binder.

I found some more 5" by 7" cards and they all fit the theme of World Series binder. 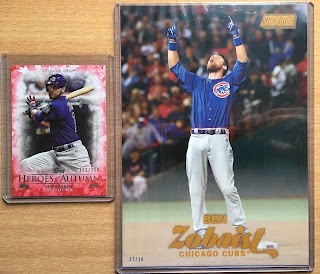 Numbered 02/10, the gold parallel of Zobrist's Stadium Club card shows him at second base after his go-ahead RBI hit in Game 7.  For what it's worth, the Heroes of Autumn card shows Zobrist's swing from the very same moment. 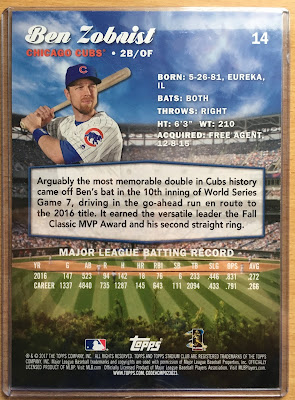 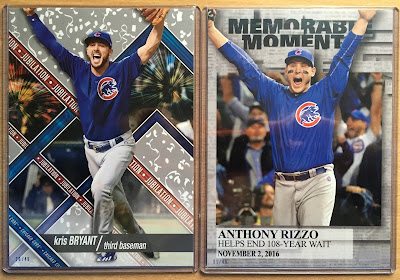 The back of the "Jubilation" card mentions Bryant's game from June 28th, but I'm fairly certain the picture was taken right after he made his throw to first base on the final play of the 2016 season.  These two cards look really nice paired together.

And here's a sneak peak at the most recent piece of mail to hit my front porch. 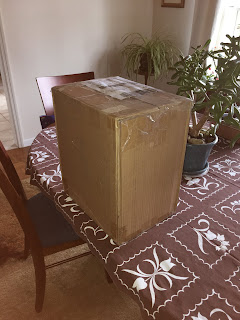