The Legend of Danny Goodwin (aka: I skipped the National) 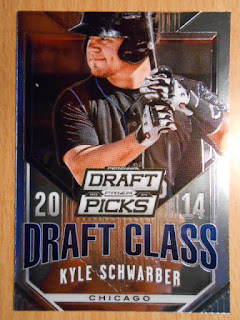 I know, I know.  I said on this very blog that I would make the 2.5 hour trek north to Rosemont to attend my first National Sports Collectors Convention.  In short: it did not happen. That's fine.  The show of all shows will be in Atlantic City in 2016, but I'm sure it'll be back in the Chicago area in the future.  Right? 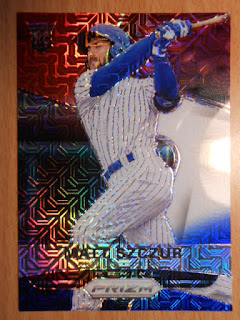 Instead I saved a few bucks by staying at home and making another purchase on Sportlots.com.  I found the last SPs for my 2012 Archives set, finished off my 2015 Stars and Stripes parallel FrankenSet, bought the remaining eight cards for the 2001 Topps Through The Years reprint set, and put the finishing touches on my Hometown Heroes set from 2013.  My proudest moment was completing the master set of 2002 Topps Total.   That's a big set!

Also, I am now only two cards away from the 2012 Panini Triple Play master set.  All in due time.

To maximize shipping I bought numerous other cards for my blogosphere brethren. A result, three packages were handed to the nice lady behind the counter at my local USPS this afternoon

There were also some non-set fun cards for me as well in the order.  The Schwarber at the top was a steal for fifty cents and the red, white and blue parallel of Matt Szczur, which looks much better in hand, was only a buck. Great additions for my player collections!

My favorite cards from the order were from a recent Tri-Star Obak release: 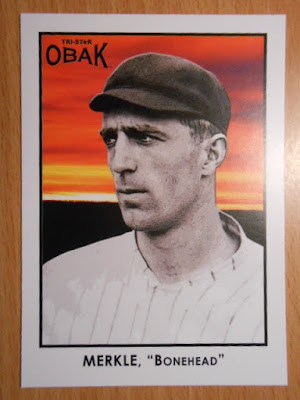 Many of you have heard the story of Fred Merkle and how his TOOTBLAN cost the New York Giants a chance to win the NL pennant in 1908.  A similar situation even happened in a minor league game a couple of seasons ago. I've been searching for a Merkle card for some time now. 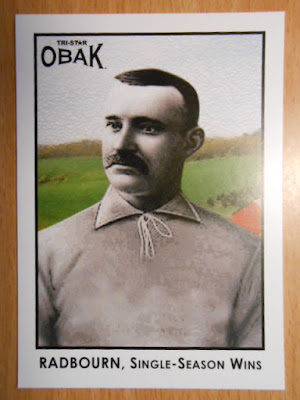 Old Hoss. Before the days of the World Wide Web, I would flip through my Baseball Encyclopedia when I had trouble going to sleep.  Nothing like memorizing baseball stats to wear out the mind of junior high schooler!  One night I came across Charles Radbourn and his numbers and couldn't believe what I was seeing.  Needless to say, I didn't know anything about the "dead ball" era at the time.  The man went 59 and 12, with 73 complete games, and a 1.38 ERA in one season. Astronomical numbers.  I've been a fan of his ever since.

The next card was inspired by a book I read last year: One Handed Catch. 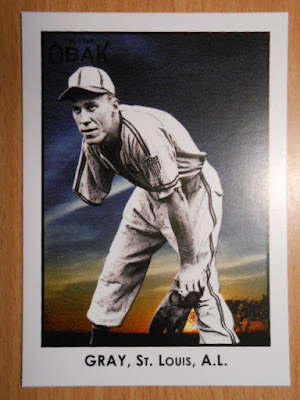 Pete Gray played one season for the St. Louis Browns in 1945 and hit 0.218 while seeing time in the outfield. Gray and Jim Abbott are the only two players I'm aware of who threw left-handed, batted left-handed, AND fielded left-handed.

The last card is probably my favorite. Only three players from my high school have played Major League Baseball, and one of them has a pretty cool story. 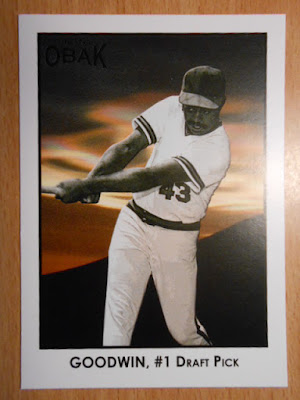 Years later I played on the same high school field as Danny Goodwin and I gave up a few homers that landed halfway up the hill mentioned. In four years I never saw one land on the driveway at the top of the hill, let alone hit the swimming pool's second deck!  Wow!

So, that's My National.  Nothing quite like the real thing, but much easier on the wallet and I didn't have to deal with Chicago traffic.