Back to Our Regular Scheduled Programming

Now that my flop of a Gint-A-Cuffs entry has come and gone it's time to get back to what motivates this blog: little pieces of cardboard picturing grown men, dressed in white and blue, playing a child's game for money!

A big thank you goes out to Jeff, from 2 by 3 Heroes, for giving us something other than A&G to look at today.  Woo-Hoo! Jeff sent along a PWE with the cards secured away in a third of a binder page.  These type of PWEs seem to be taking the blogosphere by storm as of late.  In fact, I'm sending two out tomorrow! 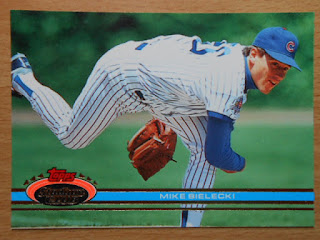 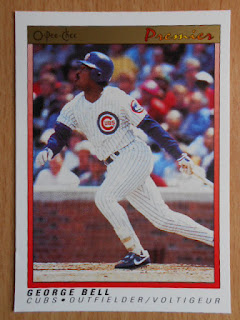 There were a dozen or so cards in all and I really wanted to try to squeeze a couple into my FrankenSet.  Alas, it was not meant to be.

Fourteen year old me remembers holding a flashlight to the back of the 1992 Topps scratch-off game cards to figure out which option to scratch to be declared a WINNER! 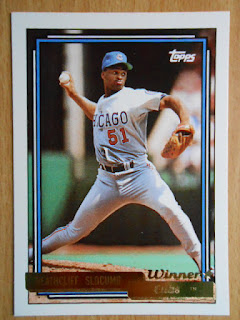 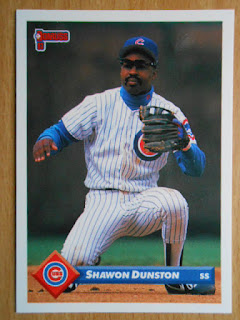 I must have not been alone in this "cheat", because I think the prize was originally supposed to be gold parallel cards, and I received a few packs of those at first, but then the rest of my later hauls turned up to be the Gold Winners.  C'est la vie.

When Derrick May first came up I thought he was going to be the Cubs version of David Justice.  I was young and naive.  Don't judge. 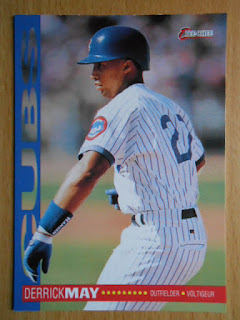 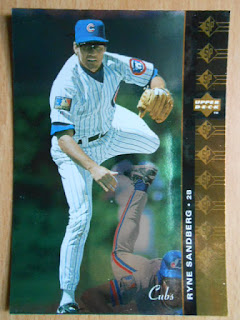 That's a nice and shiny double-dip card of Ryno!

Last I heard Mark Prior was working in the front office for the Padres.  Good for him. 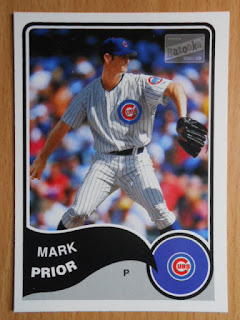 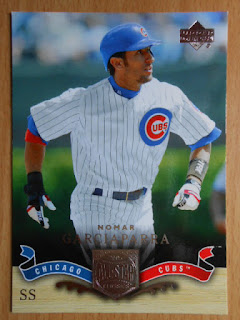 Nomah!   There aren't too many cards of Garciaparra wearing Cubs' blue and I cherish them all.  I actually thought this one was a repeat in my binder, but I came to find I had the gold parallel and this one is the silver base version.   So, it's a keeper! 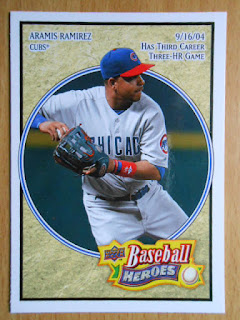 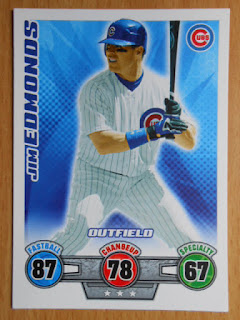 ARam is back in Pittsburgh and I wish him and the Pirates continued luck . . . until October.   I really wanted to add the Jim Edmonds Topps Attax card to my FrankenSet, but it doesn't have a number!  Argh!

The new MLB Pipeline prospect rankings recently hit the web and the Cubs farm system came in at number five.  They were the top team in baseball before the season started, but they have graduated Jorge Soler, Kris Bryant, and Addison Russell from the ranks (see below). Five is still pretty high, and I'm sure part of that is still due in part to Kyle Schwarber still qualifying for the list. 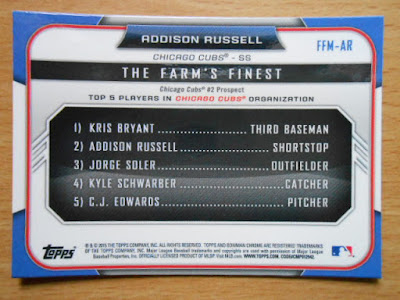 As players like Addison Russell have been removed, guys like Duane Underwood have climbed.  Underwood is having a nice year and his new ranking at #5 is not based solely upon attrition.  (By the way, the card of Russell is a shiny mini.  The best type of mini!) 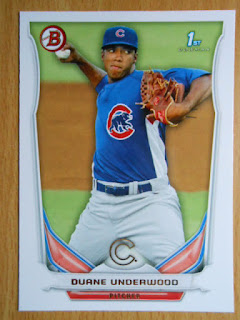 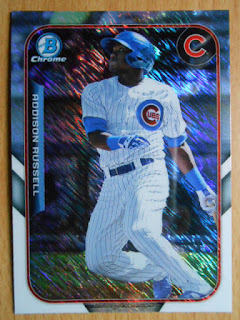 The Cubs are playing out of their minds right now and they're still managing to find ways to win despite botched run downs and errant throws by the pitching staff.  I know they can't keep this streak going forever, but it sure has been fun watching it unfold, especially after suffering through the last five seasons, in which they averaged nearly 93 losses each summer.