Run for the Hills!

Because the VOGELMONSTER is about to return!

To prove to the masses he was human he strained an oblique muscle.   Before releasing him back to the Southern League the Cubs have sent him to feast on Arizona League pitching.  (Some may call this a rehab assignment, but let's call it what it really is: an appetizer for the rest of the season.) 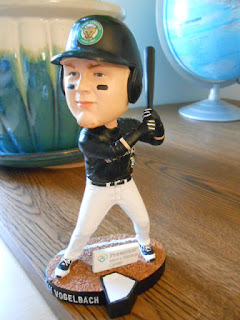 And yes, he is feasting.  Last I checked he was hitting 1.000.  You know, because the VOGELMONSTER is the PERFECT hitting machine!

I don't care what the MLB Pipeline evaluators say. Thirteen best in the Cubs organization?  Seventh best first baseman in the minors?  Posh.  I scoff at such injustices in the ranking system.

The man flat out knows how to hit.  Period. 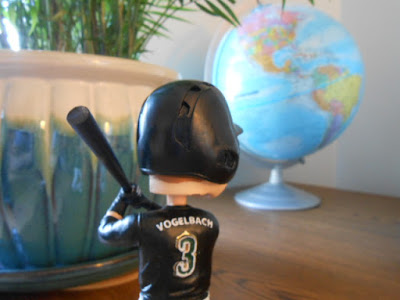