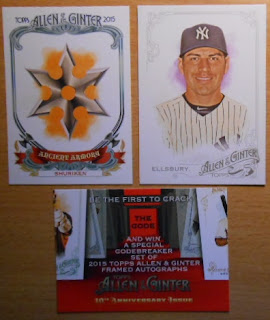 Welcome back to A&G Week here on my humble little blog.  I have four more packs to open today and I found my first hit!  Also, this just in: Yankees . . . bleck. 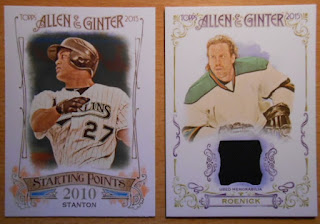 Comments: Anyone else think the Starting Points card of Giancarlo Stanton should read “Mike” Stanton?  I mean, that IS how he started his MLB career.
Also, I’ll take a Roenick hit.  He’s a former Blackhawk, and outside of pulling a Cub player I don’t know that I could be happier.
Lastly, does Topps not have a deal with the NHL?  I don’t know these things because I’m not a hockey guy. 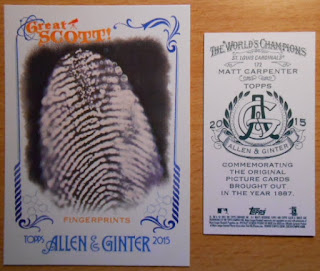 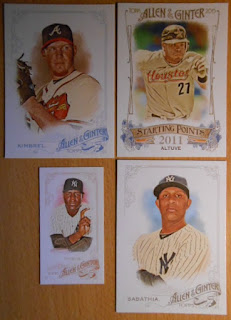 Comments: I pulled my first favorite player, but that was quickly negated by two slimy Yankees.  Bah, humbug.
It’s also the first time I’ve pulled four cards in one pack that affected my score.