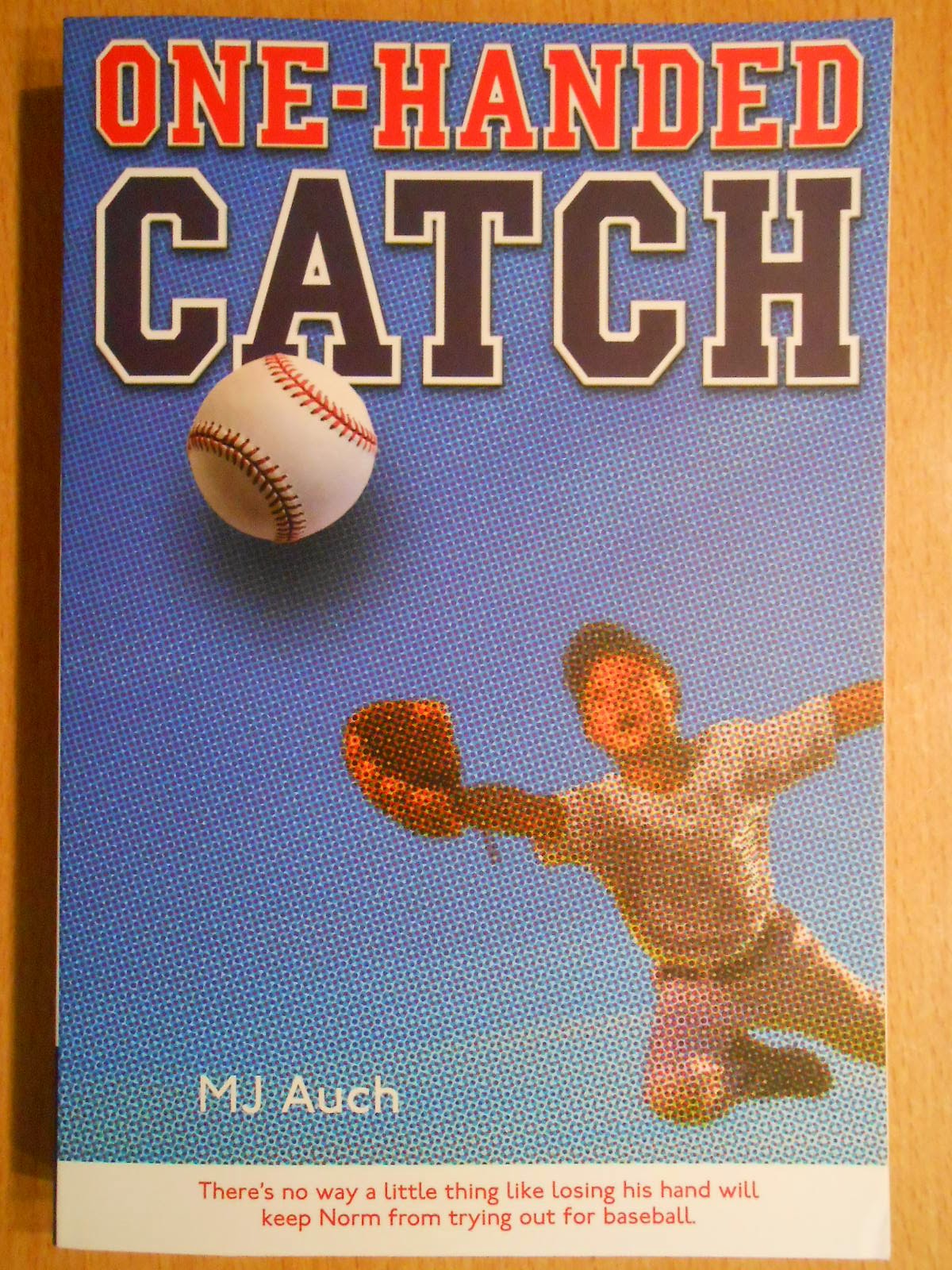 Ease of Reading: Another quick read, this one took me just a few sittings to knock out.  In all, it totals two hundred forty-six pages twelve-point font.
Synapse: Norm, the twelve year old son of a butcher, loses his hand in a meat grinder.  He struggles with how others will perceive him and he doesn't want attention drawn to himself and his disability.  He feels his mother is out to make things difficult for him, although she is just asking his teacher and coach to not give him a free pass.  His best friend thinks he should give up baseball and his dad, who is dealing with post-accident guilt, won't spend time him.  Norm, who wasn't the best baseball talent to begin with, listens to the radio and reads the newspaper in attempt to glean as many baseball related tips as possible to help improve his game.  As Norm begins to learn how to cope with the loss of his hand he finds he has a solid support network of people who are pushing him to succeed in different ways.  Before long he has learned to tie his own shoes again and is walloping the ball into the gap.
Comments: If I can't find a taker for this book I think I may donate it to one of the middle schools in my school district.  It's a good story about perseverance and relationships through the eyes of a pre-teen boy.  At the end of the book there's a brief segment about the author and I learned the storyline is based loosely upon the author's husband, who lost his hand in meat market.
On a side note, the cover and title are a bit misleading.  I figured the book would climax at the end with Norm making a fantastic one-handed catch.  Wrong.  His friend, Carl, accidentally makes a nice catch in centerfield and Norm pitches the game of his life.  Okay, I didn't see that one coming.
Grade: Overall, I felt the book was a fairly quick read and it kept my interest.  It was a nice little tale, but I felt I was a bit older than the intended audience.  The twelve year old me gives it an 'A'.  Good subject matter, solid plot, nice life lessons to be learned. If you have a young baseball nut at home this one would probably be right up their alley.
Posted by P-town Tom at 9/20/2014 05:53:00 PM