Another PWE arrive last week when my blog was taken over by Allen & Ginter's.  Jim, the fine proprietor of garvey cey russell lopes, tried his hand at filling holes in my FrankenSet with three cards. 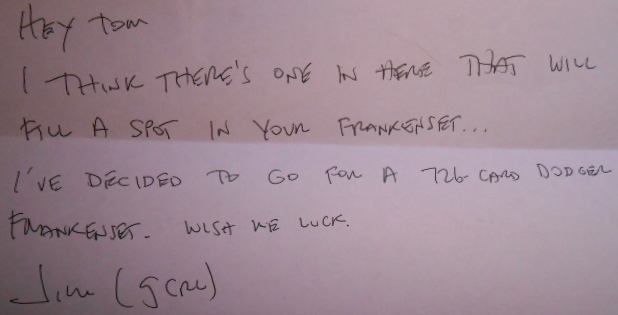 Let's meet the contestants for today's edition of Guess Which Card! 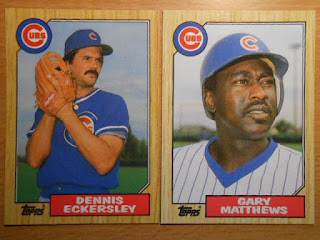 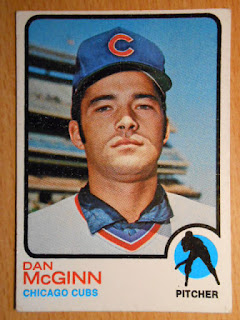 As you can see, we have two offerings from 1987 Topps and one from the 1973 edition.  Dennis Eckerlsey is in the Hall of Fame. I think most baseball fans from the 70's and 80's know of Gary "Sarge" Matthews. 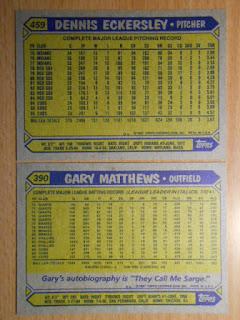 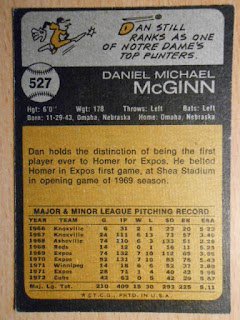 I was previously unfamiliar with Dan McGinn, but I now know he hit Les Expos' first home run in franchise history.  Keep in mind, he was a pitcher!

All three have pretty high numbers, and anyone who is trying to put together a FrankenSet can tell you the high numbers are the hardest to track down.  (Oddly enough, this is the same for vintage Topps sets!)

One card makes the cut.  Any idea?

Okay, here we go!  In Sarge's pocket I found a 2001 Topps Chrome Rondell White.  I like Chrome, I like Shiny, and I like Rondell White.  Sorry, Sarge.  I know you're underrepresented in my FrankenSet, but there are already too many 1987 Topps cards in the binder.  Better luck next time! 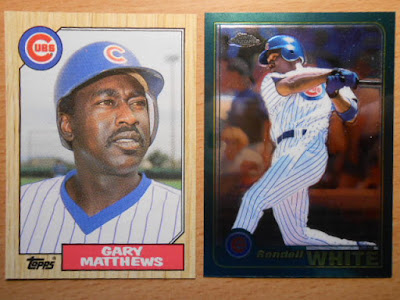 Whoops!  These guys aren't part of the game, but they were in the envelope. They are over-sized cards highlighting stolen base leaders from each league.  Bowa was on the front and Rickey was on the back. 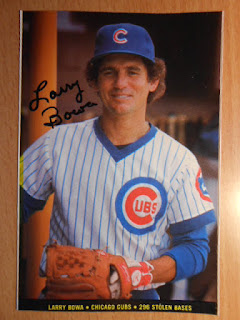 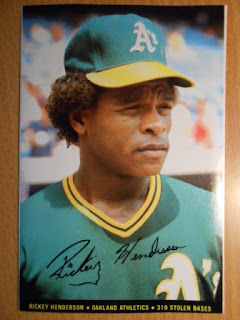 How do I know which side was the front and which was the back?  Yeah, I'm biased to the Cubs.  That's how.

Back to the game!

The Eckersley card was ALREADY in the FrankenSet, which means one of Notre Dame's finest punters will now be inducted into my Cubs FrankenSet.  Congrats, Mr. Dan McGinn!  The McGinn card actually fills a void in the set, and I'm very appreciate of gcrl's time and effort to my cause.  Thanks, Jim!

A PWE jammed full of Dodgers for your FrankenSet is on its way north.  Enjoy!

Thanks for stopping by today, everyone!