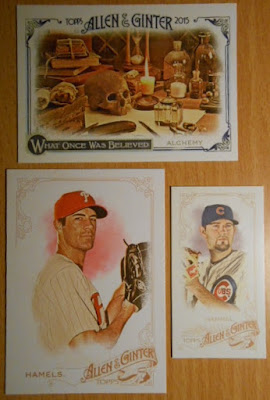 I'm halfway home and still hopeful for some big cardboard mojo.  Here's the next four packs:

Comments: Jason Hammel to the rescue!  Heck yeah!  How is that only my second Cub in 13 packs?  And why does he have to be paired with the player who no-hit the Cubs for the first time in fifty years?  Sigh. 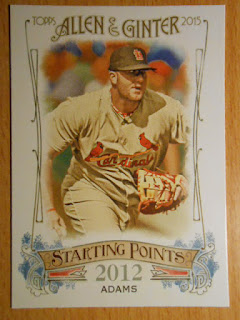 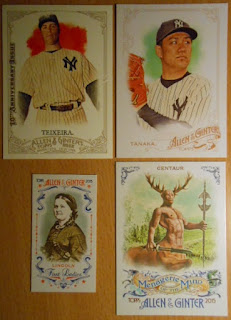 Comments: These Yankees are going to be the end of me. I think I’ve pulled two of the eleven Cubs versus seven of the thirteen Yankees in the set at this point. 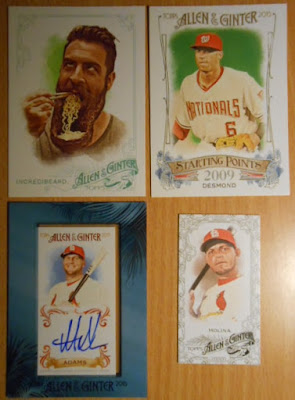 Comments: Sigh.  Well, that was my last hit and my best scoring pack.  Naturally, it was carried by two Cardinals. In this box I've found two Yadier Molina minis as well as a Matt Adams Starting Points card and this "wonderful" mini autograph.  Cardinals hot box anyone?