A big thank you to Zippy Zappy for providing the fuel for the latest edition of Pack Wars, which have helped me fill a week's worth of pre-scheduled blogging while I've been on hiatus. As it stands right now, the ZZ repacks have come away with four wins the last four days and have outscored 1991 & 2016 Stadium Club by a total of 24 to 12. 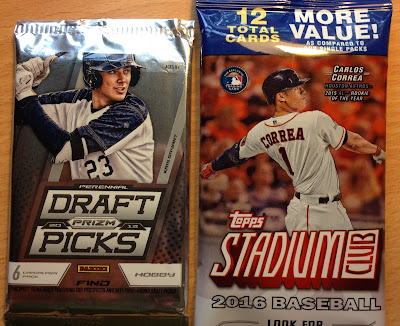 The only question remains is, "How bad is Stadium Club going to lose this round?" 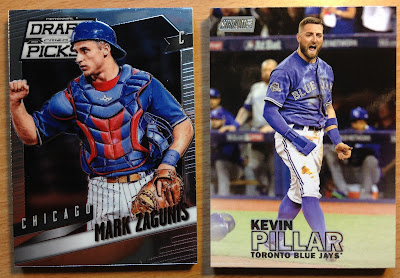 Mark Zagunis has given up the catcher's gear. But, he has become a solid hitting outfield prospect at AAA. I don't know much about Kevin Pillar, but he seems really excited to see the ZZ repack get on the board first. 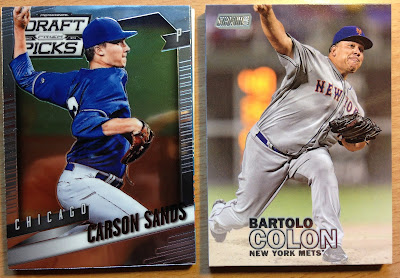 Carson Sands is one of my favorites, but I'm afraid I will break the internet if I don't go with Bartolo here. Stadium Club gets a point out of fear. 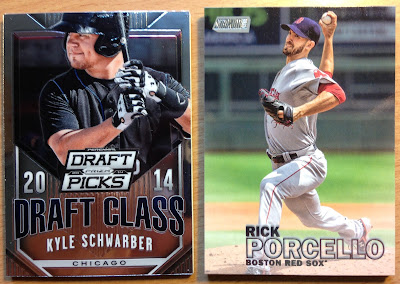 BOOM!  Schwarber! Rick Porcello graces the cardboard with another poor cropping job by Topps. You can almost see the entire left foot . . . almost. 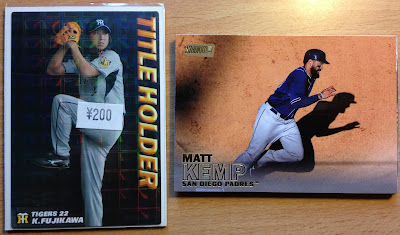 Oooooh!  It's a gold parallel of a bearded Matt Kemp running the bases on Tatooine!  But, we also have another Kyuji Fujikawa card from Japan!  It even has the price tag still on it. Points for authenticity! 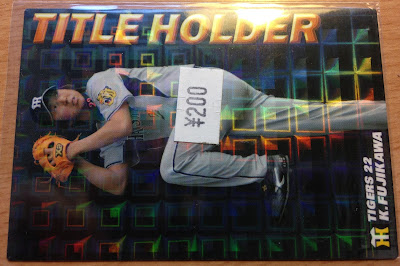 If you zoom in you might take notice of the refractor like properties of the card. So cool!  Thanks, Zippy Zappy!

I didn't think a gold parallel could lose, but it just went down hard.
Updated Score:
ZZ Pack = 3
SC Pack = 1 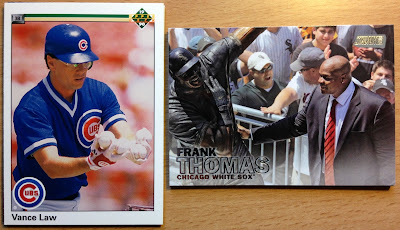 Stadium Club comes rushing back with the Big Hurt next to his own statue at U.S. Cellular Field. Yeah, I like the Big Hurt! Besides, I have more than a couple of copies of Vance Law shopping for baseballs. (Notice the grocery cart in the card?) Point to Stadium Club. 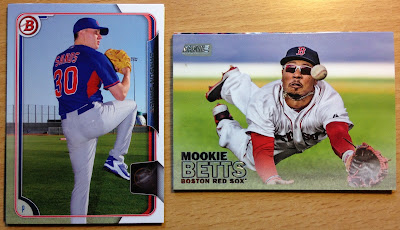 I said I like Carson Sands, but that's a posed picture at spring training.
Holy smokes that's an awesome Mookie Betts card!

Folks, we have a time ball game! 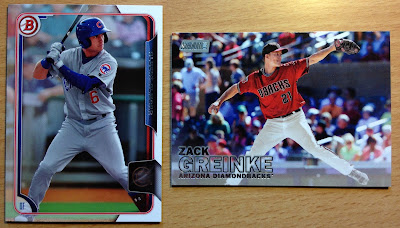 Albert Almora, Jr. has been the goods. Again, I don't like the cropping of the Stadium Club card.  Although, I do like the jersey Greinke is sporting. Some of the seven or eight jerseys they wear are little weird though. 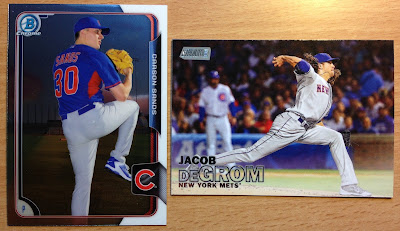 A Chrome Carson Sands versus Jacob DeGrom.
I like DeGrom, but I don't like the Mets. DeGrom's stuff is filthy, but I wish he would get a haircut. This card is cropped decently . . . and wait . . . who's that in the background?
That's my guy, Brandon Hyde! Hyde is the first base coach for the Cubs. I'm also the first base coach for my high school team, which prompted me to buy this game used jersey for $25 at the Cubs Convention. 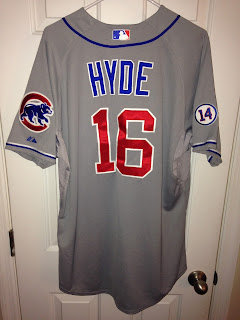 It fits me perfectly and I've worn it out a couple of times already. Yes, I'm a closet Brandon Hyde fan. This is my first Brandon Hyde card!  Woot!

This point, the last of the last round, goes to Stadium Club.

Well, it took probably the best set of the year to accomplish this feat, but the Zippy Zappy repack has been tied! The key to the tie was obviously Carson Sands lack of dominance in the clutch. He unfortunately went 0 for 3 in this last round, but he lost to Bartolo, a great shot of Mookie Betts, and a surprise cameo by Brandon Hyde. Don't hang your head, Carson!

I hope everyone has enjoyed this round of Pack Wars. The Zippy Zappy repacks went 4-0-1 against 1991 and 2016 Stadium club in the 5 rounds, which will bring Zippy Zappy's record to a triumphant 14-0-2. Still undefeated overall!