After a pair of victories in the first two rounds the Zippy Zappy repacks have a very comfortable 12-6 lead over Topps' Stadium Club. But the 1991 pack, which we started in Round #2, is going to run out of cards soon and the 2016 version will be called on in relief. That might make things a little closer! 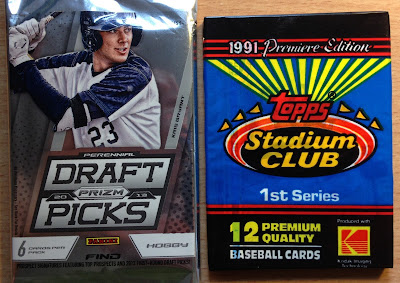 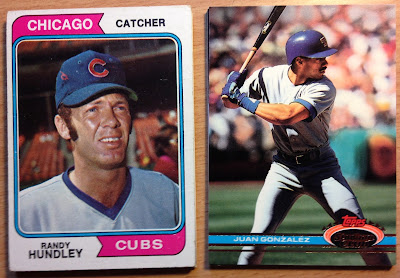 Wow, Stadium Club has been unloading the Rangers on me in these two packs . . . Julio Franco, Ruben Sierra and now Juan Gonzalez. But did you see Randy Hundley's sweet sideburns? Sideburns rule! 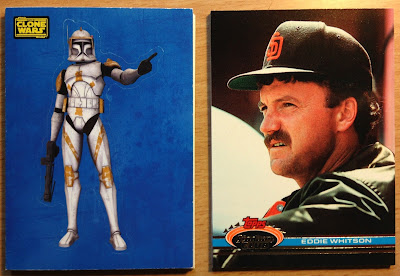 Commander Cody and Eddie Whitson. Commander Cody is always ready, but I can't necessarily say the same for Eddie there wearing his jacket. Zippy Zappy takes a 2-0 lead! 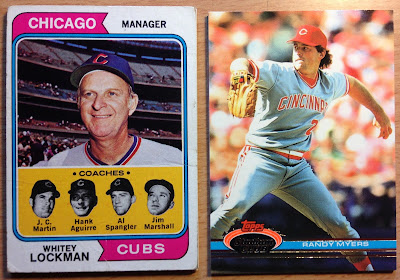 Whitey Lockman and four coaches versus Randall K. Myers, one of the founding fathers of the Nasty Boys. I'll take the Nasty Boy for the win! 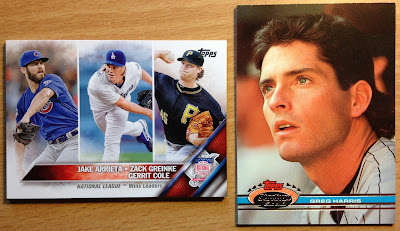 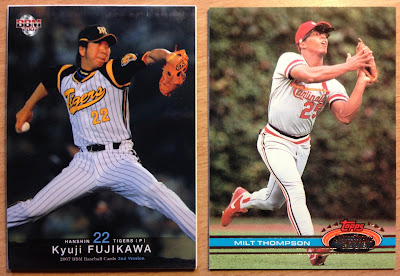 A Kyuji Fujikawa card from Japan!  Nice!
A Cardinal? Seriously?
Does the decision get any easier? I don't think so. 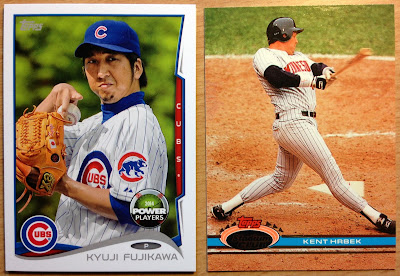 Kent Hrbek has his own restaurant in the Minnesota's Target Field. That's pretty cool. Hrbek is also one of the more beloved Twins of all time. But, I am not a Twins fan.  Plus, that's only my second "Power Players" parallel from 2014 and it fits a PC to boot. Nice!

That was end of the 1991 Stadium Club packs. It's time for reinforcements! 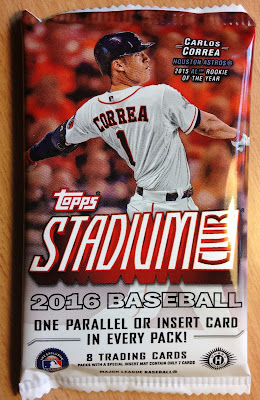 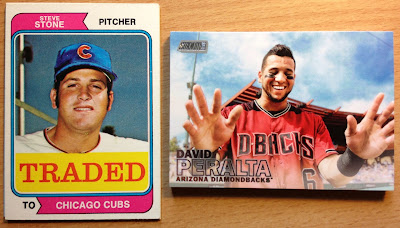 Steve Stone's first card as a Cub!
What the heck is David Peralta doing? Is he preparing himself to be doused in Gatorade or something?
Stoney gets the point here, because I'm too confused by Peralta's card. 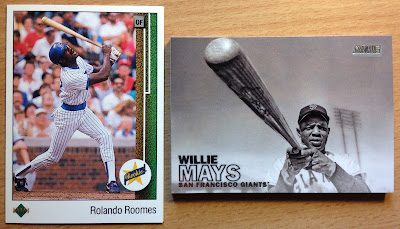 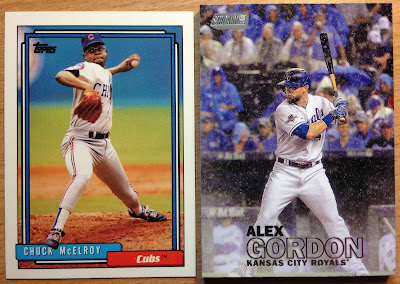 How many times can recall seeing a card which captures it raining? That's pretty cool.