As I said in my last post there were some cards in Zippy Zappy's last package which didn't have any protection. At first I was like, "What the H3LL is this? This isn't his style!" 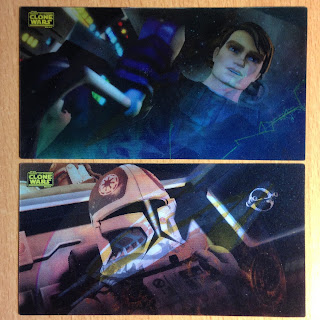 At Zippy Zappy's suggestion I've been binge watching the Clone Wars all summer long. I think I'm some where in the middle of Season 4.

At first glance I couldn't see what was going on with these. Then I looked at an angle . . . 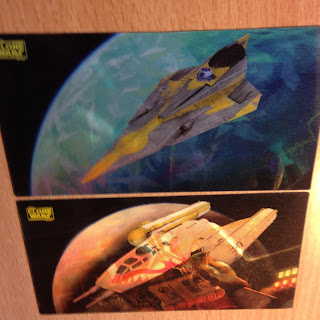 And then at a different angle . . .  These are "widevision motion" cards.  The top card (below) features Anakin Skywalker and the bottom character is unfamiliar to me. I want to say that's Captain Rex, but I haven't seen him fly a spacecraft like that before and that's a helmet with different markings. 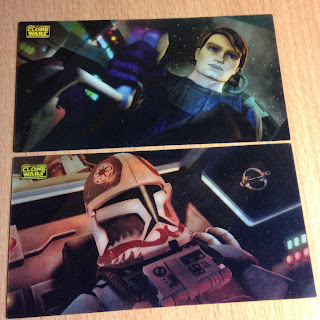 For the record, there are five cards in this insert set.

The cards on the left are printed on foil board and are part of character insert series. 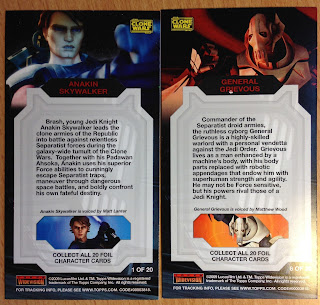 There are twenty cards in the set and ZZ sent 20% of them my way!  The backs are on the right (above) and have a nice write-up of each character's story.

Next up are some Widevision inserts. There are only ten cards in this set and now I have four of them! 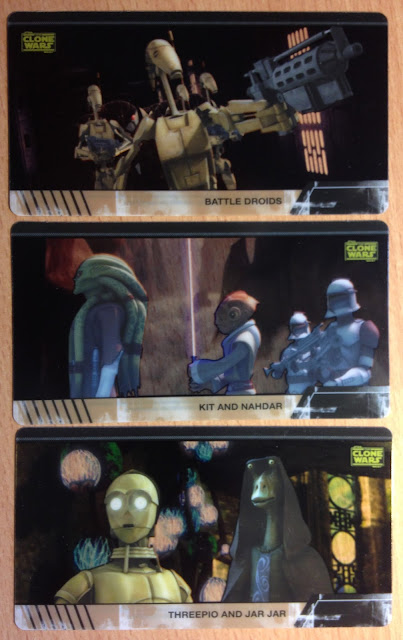 My camera really doesn't do these justice. For instance here's a card of Yoda as it lays on my desk: 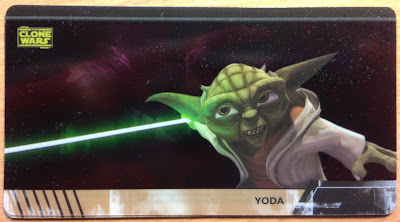 Here's the same card as it is pressed against an outside window. Oh yeah! 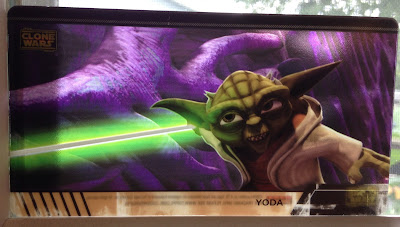 I'm not sure what the purple is in the background, but that light saber really pops!